The 37th Golden Disc Awards nominees have been revealed. Its list will follow up a series of award categories, and artists who are included. The range covers full-on albums and singles that were released between November 2021 until November 2022.

As mentioned, the nominees chosen are the ones who dropped releases between November 2021 and this year’s November. Its categories include Digital Song Division Bonsang, Album Division Bonsang, and Rookie Artist of the Year. 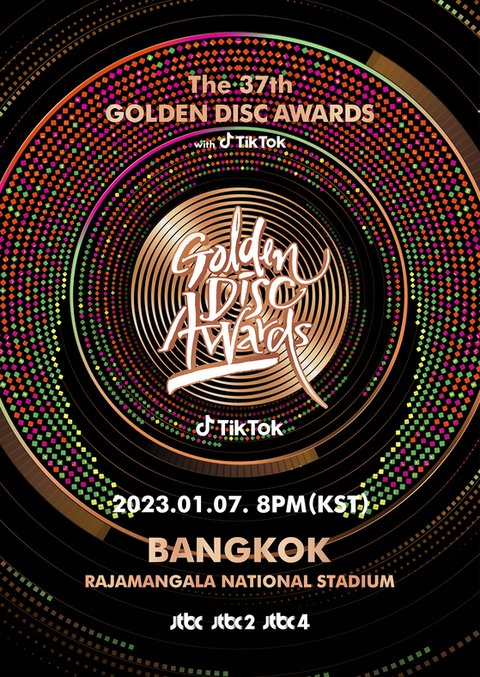 For main award Bonsang and grand prize Daesang winners, its main award will be based on sales counted up until mid-December 2022. It’s also mentioned how the expert panel scoring will attract 40 percent, while drawing 60 percent on sales. Its evaluation conditions also apply for Rookie Artist of the Year Award.

Here are the nominees for the awards:

The event will take place at the Rajamangala National Stadium in Bangkok, Thailand and will be held at January 7, 2023. Its stadium will have a capacity suited for 50,000 people.

According to the Golden Disk Awards Secretariat, the event will be held due to K-pop’s influence in the music market, especially with its rising popularity.

“K-pop’s influence in the global music market is expanding. Even in the midst of the pandemic, K-pop has taken off and achieved remarkable achievements around the world.

The Golden Disk Awards are trying to keep pace with the expansion and movement of K-pop. We will promote the excellent achievements of K-pop around the world and allow more domestic and international music fans to interact with K-pop.”

Goodluck to all nominees!