Recently, BTS’ j-hope has done something that no Korean artist has done before, giving fans the opportunity to open their noses for their idols.

Specifically, at the closing stage of Lollapalooza 2022 – one of the major music festivals in the US, j-hope held the important headliner position, delivering 20 individually styled songs in the album ” Jack In The Box” as well as BTS songs within an hour. He is the first Korean artist to take on the position of headliner of a major music festival in the US, and j-hope is also said to be the most ticketed artist in Lollapalooza. 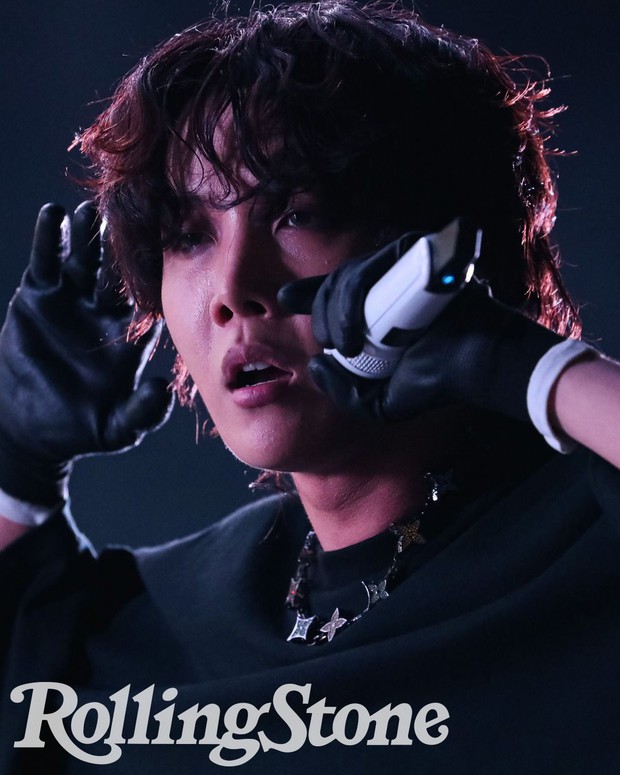 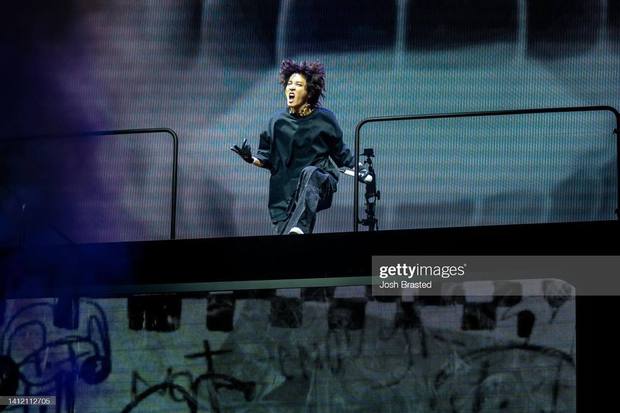 As soon as he appeared, j-hope made the crowd burst, cheering and singing along so loud that this 1994 guy was also startled, with a panicked expression because he received so much love. position. From the drone looking down, you can see the number of fans coming because he is as large as a group concert, the light from the lightstick Bomb is like a bright starry sky. 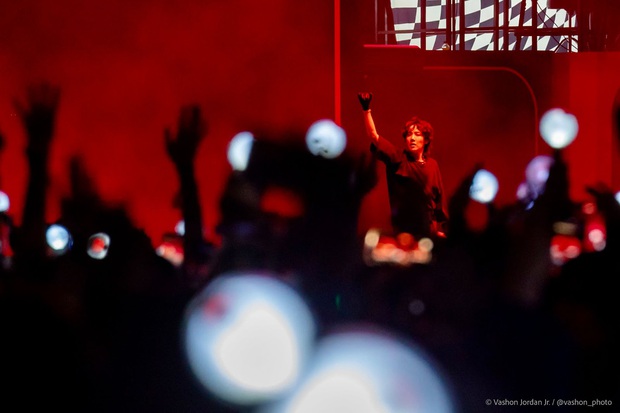 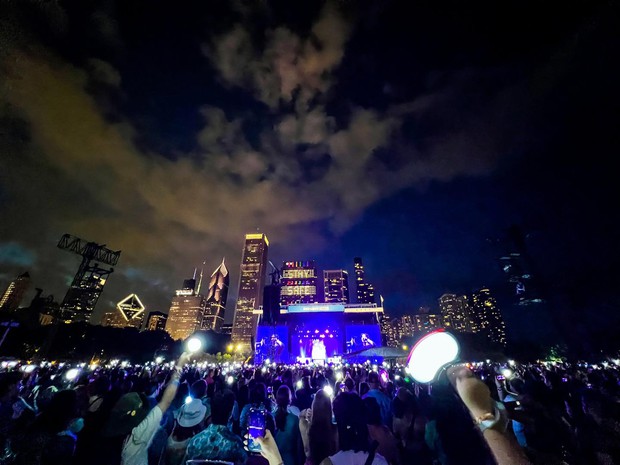 In particular, the song ” Dynamite ” is also performed by him and the dance group The Lab (a dance group that gathers young dancers who won the World of Dance program, the group also choreographed for the songs ” Dionysus , On ” by BTS and “Dynamite”. participated in the group’s concert at the Rose Bowl) choreographed, bringing a new breeze to the song.

Even more surprising was the appearance of guest Becky G near the end of the show, who joined forces with j-hope in their hit song – Chicken Noddle Soup . At the end of the song, vocalist Shower also shared a few words with BTS’s dancing machine: “Let me say a few words before I say goodbye to j-hope and the audience. I’m proud of you j-hope, I’m very proud of you. Thank you for our friendship, for the opportunity to act with you like this!Thank you so much j-hope!”. 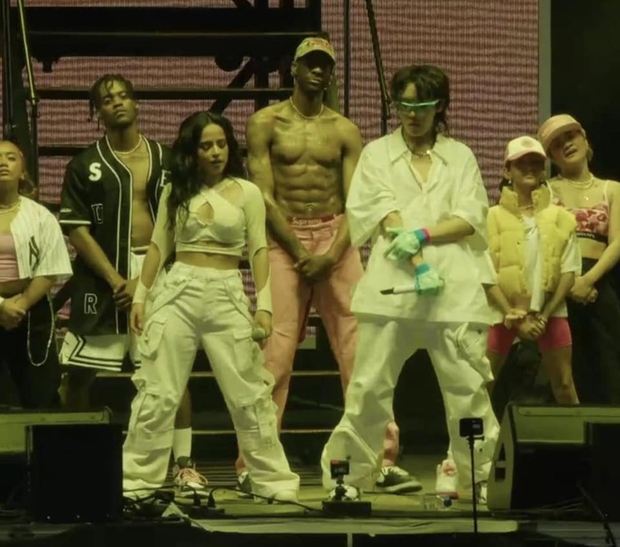 He also prepared an introduction and greeted the audience very well, receiving a lot of response from the crowd below: 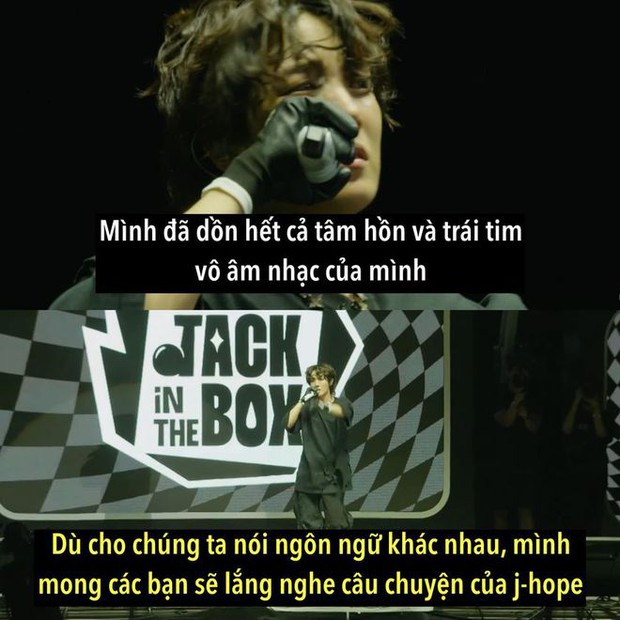 It is known that to prepare for this stage, j-hope has practiced hard for 6 hours a day, you can see how passionate he is with the music festival Lollapalooza 2022. And accompanied him. The guy on this tour is close member Jimin. This lovely guy took the effort to fly from Korea to the US to encourage his brother after hearing that he was very worried and couldn’t eat well. 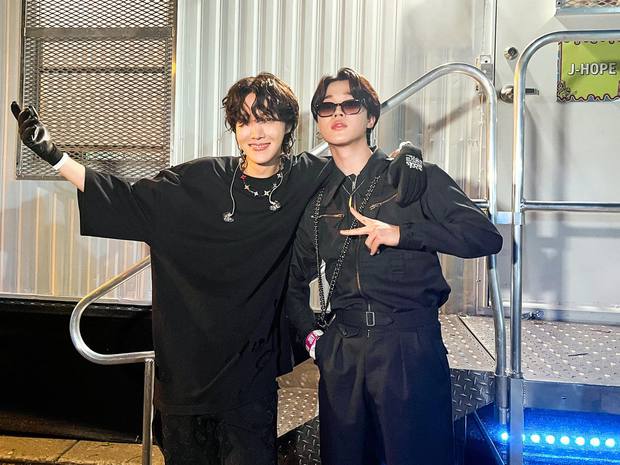 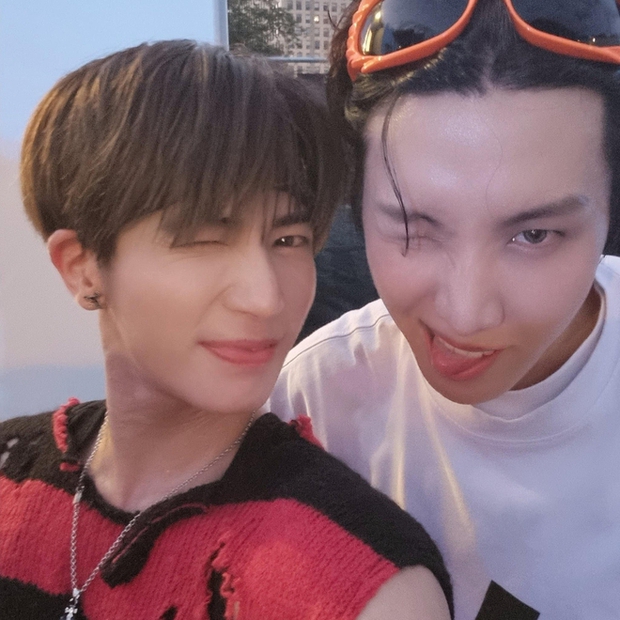 TXT, who is also the first Korean group to perform at the Lollapalooza music festival yesterday, had a backstage exchange with their seniors in the same house. Member Taehyun quickly asked to take a picture with j-hope

Although it was the first time to take on the position of headliner of a major music festival in the US, j-hope received a huge response from the audience, proving his huge influence as the artist that sold the most. best tickets at Lollapalooza. The mayor of Chicago even had a few words of support for the BTS member: “Are you ready to enjoy the music of j-hope? Let’s give him a warm welcome in Chicago!”. 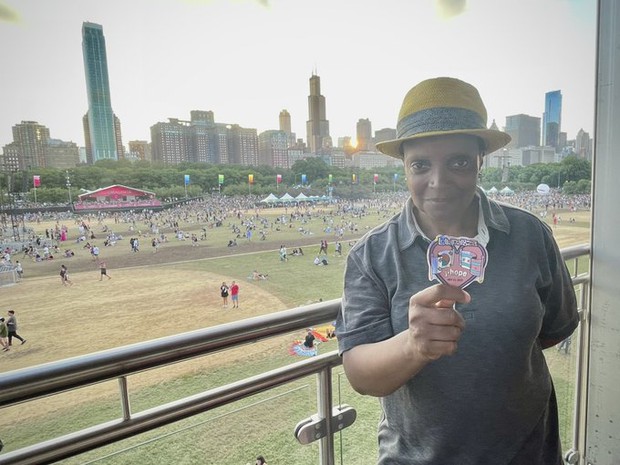 According to records from Weverse (the social network dedicated to HYBEstan), there were 14.9 million actual views during j-hope’s performance. Currently, on other social networking sites as well as major forums in Korea, praises are bursting for the main dancer of BTS with a brilliant performance:

– A lot of people really

– I was worried already, I bet Hobi is even more worried?

– If the fans stood there for 9-10 hours, it must have been hard. They even had to wait overnight just to be in front. But those people are not tired all the time. I’m working harder because I can’t go!

– Say Lollapalooza can accommodate 100,000 people a day. They said today is the day with the biggest ticket sales, so I wonder how big it is? The number of attendees is huge.

– Seeing this makes me feel so relieved that I can’t attend. There are really too many people.

READ MORE:
j-hope officially debuted solo: Zombie transformation is too cool, the music is a bit hard to absorb, but the "artistic" MV makes a strong impression!