Back in November 2020, Karina first made her debut as a member of SM Entertainment’s girl group, aespa. Since her debut, she has reached new heights with her popularity and is dubbed as one of the top visuals among fourth generation idols. With her rising status as an idol, Karina’s public and private life are both in the spotlight.

In fact, Karina even became embroiled in a dating rumor with Stray Kids member Hyunjin. But why was she linked to him in the first place? Did they actually date? Keep on reading to find out!

Back in September 2021, an anonymous user on the popular South Korean online community forum, Nate Pann, shared a post called “Stray Kids’ Hyunjin and aespa’s Karina,” which soon became viral in the country after garnering over 50,000 views in a short amount of time.

In this post, the user had shared a photo of Hyunjin, along with his phone that was turned on and showing his phone’s lock screen.

The user then claimed that the photo in Hyunjin’s lock screen was a selfie photo of Karina, which prompted other Nate Pann users to speculate a romantic relationship between the two idols. 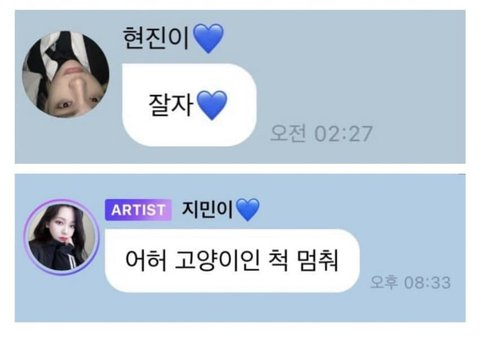 For Karina, her username was set to “Jimin-ie,” which uses her real name Yoo Jimin. While Hyunjin’s username can be read as “Hyunjin-ie.”

Another Nate Pann user even shared a GIF they made to prove that Hyujin’s lock screen was really the aespa member.

One user even went as far as to place a photo of Karina over Hyunjin’s lock screen, which they believe matched well together and further ignited the dating rumors between the two.

However, the rumor was quickly put to rest when Hyunjin took it upon himself to deny the claims. 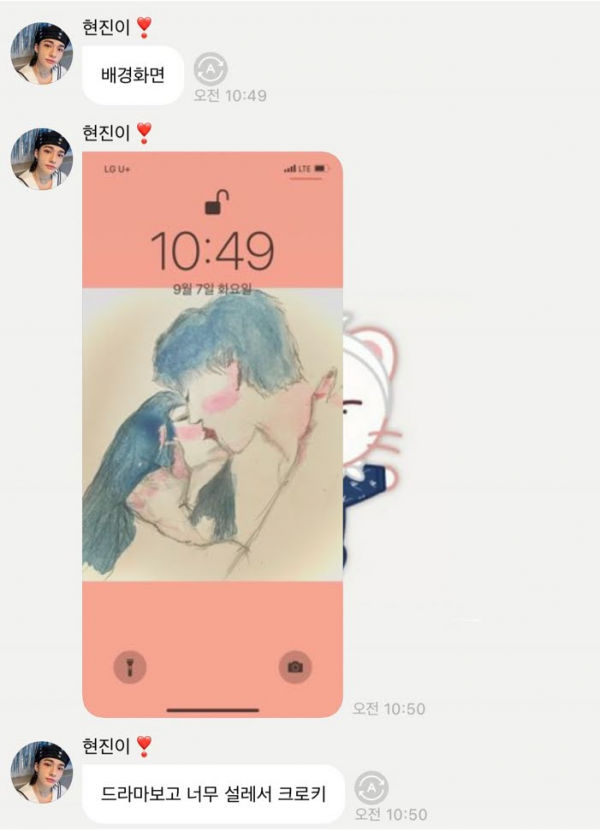 Over on his Lysn Bubble app, Hyujin shared a screenshot of the lock screen in question, and explained that the photo is a sketch of a man and woman kissing. He added that he chose this photo as it made his heart flutter while watching a drama.

To further prove his point, Hyunjin even changed his username to remove the blue heart emoji and changed it to a red one. 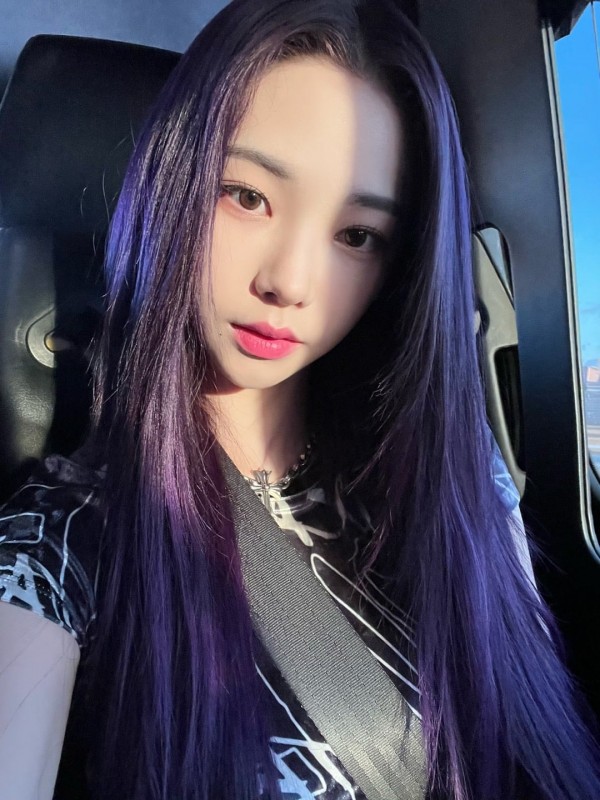 Regarding the entire dating rumor, neither artists’ respective labels released a statement addressing the matter.

As of the moment, Karina is currently single and is not dating anyone publicly, nor did she have any confirmed relationships in the past.

When it comes to her ideal type, Karina hopes to meet a nice guy who only likes her, and has a pretty nose and is taller than 180cm (5’11”).