An alleged airline employee claims to having seen BTS V and BLACKPINK Jennie together on their flight.

Back on May 22, dating rumors surrounding BTS V and BLACKPINK Jennie surfaced after the two were allegedly spotted traveling together in Jeju Island and a photo was released.

Since their dating rumors began, there have been divided reactions to the alleged photos claiming they were V and Jennie, with discussions on online community sites as to whether or not the photos were real. 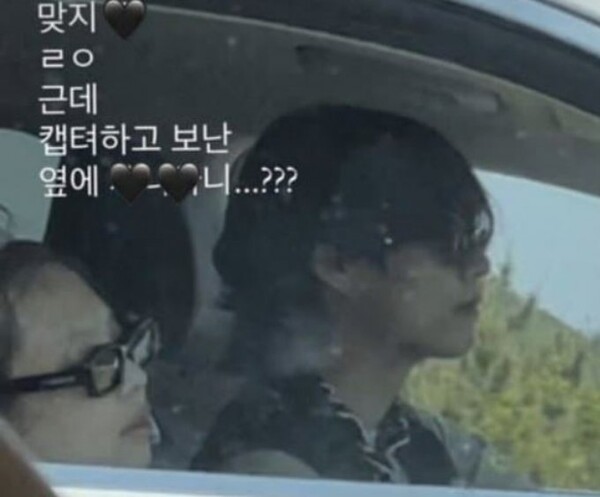 With the ongoing debate regarding the authenticity of the photos, one airline employee spoke up regarding the two idols’ relationship, claiming that they took a flight together to head to Jeju Island.

On Blind, a Korean social networking app where employees can post anonymously about their work, one employee of the Korean budget airlines T’way Air shared a post on the app.

According to the airline employee, they saw V and Jennie together, and that many of the T’way Air employees thought that they were publicly dating as they were traveling together out in the open. 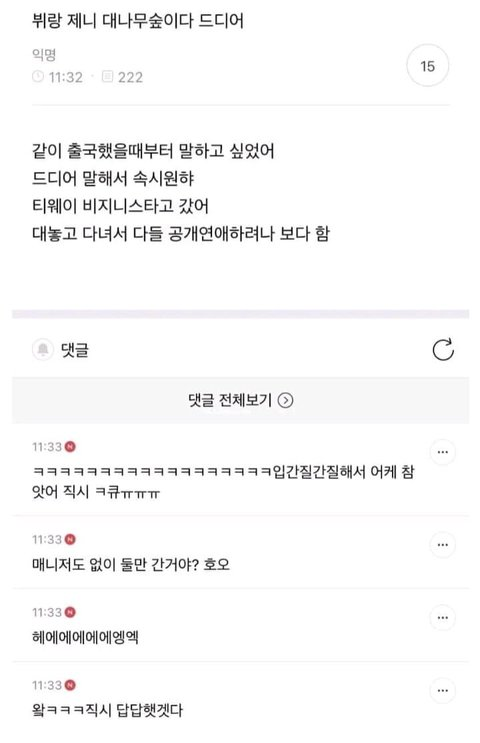 “I wanted to share about the day they departed together. I feel so relieved because I can say it right now. They traveled on a T’way business class seat. As they were traveling out in the open together, I thought that they were just publicly dating,” the employee wrote.

The employee added that V and Jennie took the flight departing from Gimpo International Airport, and another user shared that all of the T’way employees knew about the two idols traveling together.

While on their flight, the employee said that the V and Jennie had also ordered extra blankets and snacks.

So far, the claims of the employee fits with the timeline of V and Jennie being spotted together, and photos of them being shared on May 22.

With the airline employee’s new claims, the debate regarding the authenticity of V and Jennie’s romantic relationship continues.

As of now, V’s label Big Hit Music has yet to release a statement regarding the situation.

Meanwhile, the original poster who shared the photos of V and Jennie has since then deleted their posts on social media. 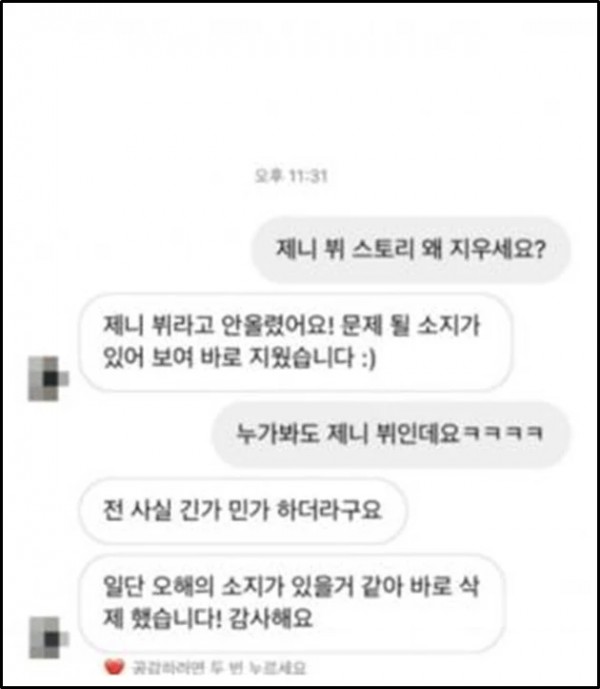 When asked if the two people in the photos were really V and Jennie, the poster says they are not sure, and that they never wrote it was V and Jennie in the original post. They added that they deleted the post immediately as it caused a huge problem.

“I am not sure actually. I didn’t write Jennie and V [when I uploaded the photo]. I deleted it right away because it seems to have caused a huge problem,” the poster said.