Recently, aespa has released the 2nd mini album in her career called Girls. According to Hanteo Chart, this album has sold a total of 806,891 copies in just the first day of its release. This is an impressive number for a girl group and has broken many records.

Specifically, this number has helped Girls become the album by a female artist with the highest first-day sales in history. This record previously belonged to “senior” BLACKPINK with the album THE ALBUM in 2020. This album sold 589,310 copies on the first day of its release. 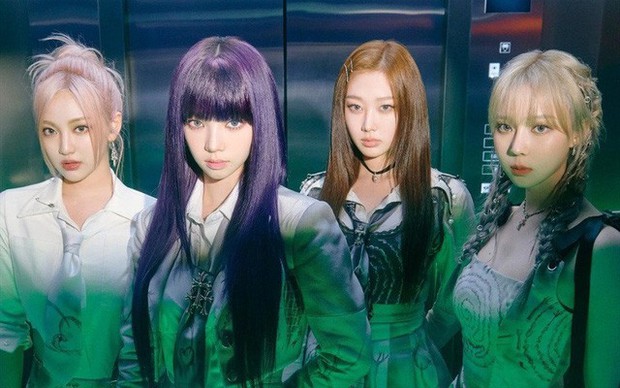 However, what’s even more remarkable is that aespa also became a female artist with the highest first-week album sales ever. aespa did this with just one day after the album was released. This is an amazing thing that this 4th generation girl group has done. Previously, this record also belonged to a member of the BLACKPINK family, Lisa with her first solo album called LALISA . Lisa’s album sold 736,221 copies in its first week of release.

Notably, even when compared with other boy groups, aespa is not inferior in this album sales. According to Soompi. aespa is currently the group with the 4th highest number of first-day album sales in history, behind only 3 popular boy groups: BTS, SEVENTEEN and TXT.

This is also not the first album record that aespa achieved with this comeback. Previously, the SM Entertainment girl group also set a new record for becoming the K-pop girl group with the highest number of pre-ordered albums in history. This is also the album marking the first official comeback after nearly 9 months since the group’s debut mini-album titled Savage in October 2021.