G-Dragon is proving once again why he is known as the “Fashion King” in his first airport fashion in two years!

On the evening of May 3, BIGBANG leader G-Dragon was spotted arriving at the Incheon International Airport. He  prepares to depart for Amsterdam, Netherlands to attend the luxury fashion brand Chanel’s 2022/23 Cruise Show.

On this day, G-Dragon arrived at the airport in a luxury car, and proves why he is dubbed as the “Fashion King” in the entertainment industry. He made his first appearance at the airport in two years in a stylish Chanel ensemble. 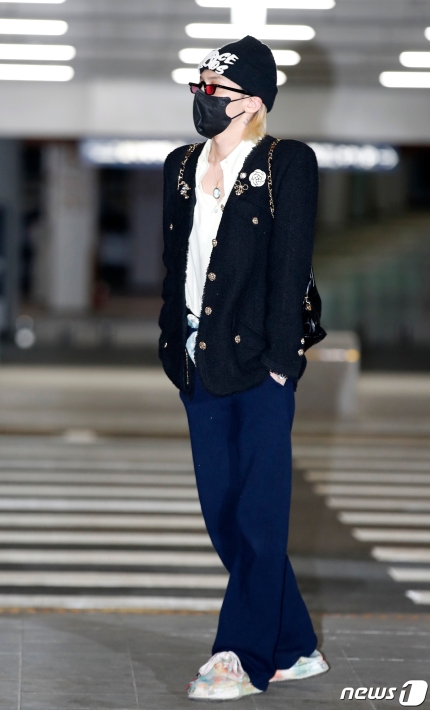 As a brand ambassador for Chanel, G-Dragon showed off his unique fashion sense by wearing a white top, a black tweed jacket with a flower and the brand’s logo, along with a loose-fitting navy pants with a light blue bow belt.

The “Still Life” singer also matches his outfit with red sunglasses and a pair of multi-colored sneakers. In particular, he also drew attention by wearing a beanie from his own clothing brand Peaceminusone, that has the words “peace” and “chaos” engraved on it. He sported his long blonde hair. 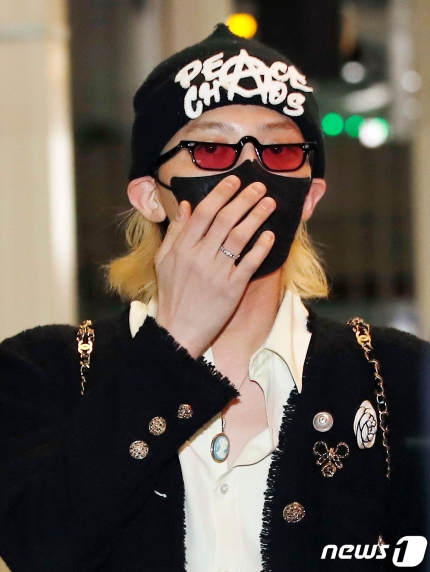 Other accessories he has on him include a medium-sized necklace, a personalized Chanel bag, and a scrunchie on his wrist.

The second generation idol stood in front of the reporters as he waits for the signal to cross the road. G-Dragon clasped his hands together and bowed as a sign of gratitude after a fan present at the airport shouted “I love you” to him.

Considering that this is G-Dragon’s first official airport appearance in over two years following the lockdowns and quarantine brought by the COVID-19 pandemic in 2020, the BIGBANG member’s international flight brought much attention from both fans and media outlets. Rporters flocked to the airport to snap hundreds of shots of G-Dragon’s departure. 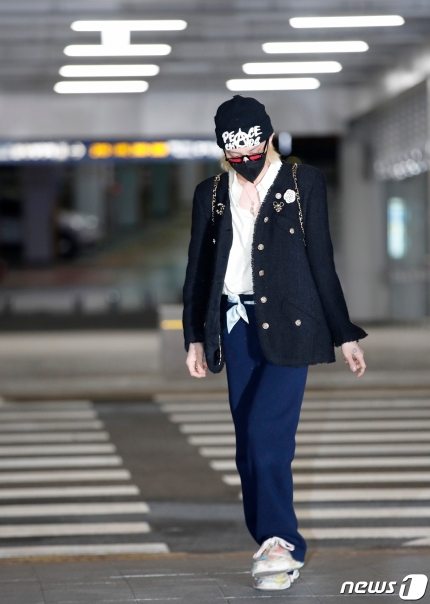 After seeing his airport fashion, numerous netizens left comments such as:

“His pants are really pretty.”

“I like his outfit. I think that he wears clothes that suit his style really well.”

“I think his outfit is really hip looking.”

“He is still as fashionable as ever.”

“I don’t like his outfit, but I think this fits him well.”

“I don’t understand why there are some people who don’t like his outfit, but I think it is nice.”

Meanwhile, BIGBANG recently made their comeback for the first time in four years back on April 5, with the release of their digital single “Still Life.” This also marks the group’s first release as a four-member group after Seungri’s departure in 2019.