BLACKPINK Jennie is always ahead of the latest trends! In 2020, the idol amassed attention after wearing THIS. Her “trendsetter” status was then solidified after this fashion item resurfaced in K-pop and Japan after two years!

On August 22, News1 reported that a new summer trend has been born among among Japanese middle and high schoolers these days, which is the “visible thong straps.”

In an interview conducted by the Japanese morning show TBS’s “The Time,” a high school student on the street, showing her waist and thong straps, said:

“It’s a trend these days. (Thong straps) are usually shown outside by wearing this on underwear. I think it became popular as this style spread on SNS such as TikTok.”

When the news came out, local media and K-pop fans immediately thought of BLACKPINK Jennie who initially introduced this fashion style in October 2020, two years before the trend became huge.

At that time, the “trendsetter” idol appeared in a music show broadcast wearing her visible thong with body chains, and became a hot topic among K-pop fans.

Although the trend is not new as it surfaced and was prevalent in Western fashion back in the 90s to 00s, people can’t help but acknowledge Jennie’s “effect” in bringing back the so-called “Y2K” style. 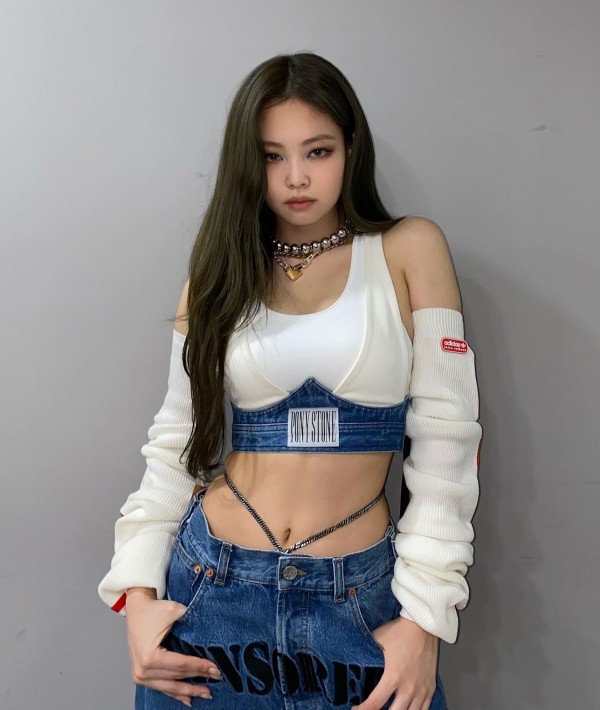 Aside from Japanese girls, female idols also joined the trend, started by BLACKPINK Jennie, in K-pop this 2022.

Some of the most notable artists who flaunted the fashion item include LE SSERAFIM Sakura, MAMAMOO Solar, Apink Bomi, TWICE Momo and more.

Alongside Jennie, TWICE Nayeon particularly made this trend more popular after wearing “visible thong straps” when she dropped her debut hit, “POP!” 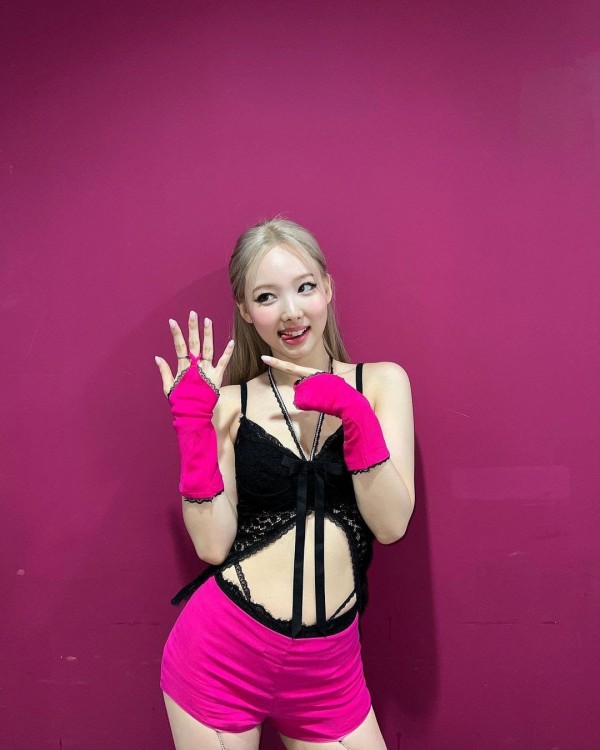 Later on, this fashion style evolved and the “visible underwear” also came out. Among female idols, BLACKPINK Jennie once again showed off her perfect body and visual wearing the item, while the most memorable star who joined the trend is IVE Jang Wonyoung, who drew attention for her style of revealing underwear in photos promoting luxury brand Miu Miu products.

BLACKPINK Jennie to Debut as Actress Through HBO’s ‘The Idol’

On the other hand, it is expected that Jennie, who grew as a BLACKPINK member and global ambassador for Chanel, will also expand her career in the acting industry.

In particular, the “SOLO” singer will be joining the HBO series, “The Idol,” embarking on her acting debut.

The anticipation of fans rose even more after the second teaser for the show was unveiled on August 22.

“The Idol” stars Lily-Rose Depp, Troye Sivan, and more, and directed by The Weeknd, who also stars in the series under his biological name Abel Tesfaye.

Jennie was named the seventh with her English name Jennie Ruby Jane, drawing attention from BLINKs and K-pop fans worldwide.