In the last episode of “No Prepare,” a candid talk show hosted by rapper Lee Young Ji, BTS Jin confessed something that shocked the fans.

The talk show format follows the rapper inviting guests to her humble home and having an alcohol session while talking about anything under the sun.

To set up the mood of the conversation, the rapper prepared many snacks and 58% alcohol-proof Chinese drinks so that Jin may be comfortable with the casual conversation.

During the conversation, the “Yours” singer opened up about the hardships he experienced on his road to stardom. 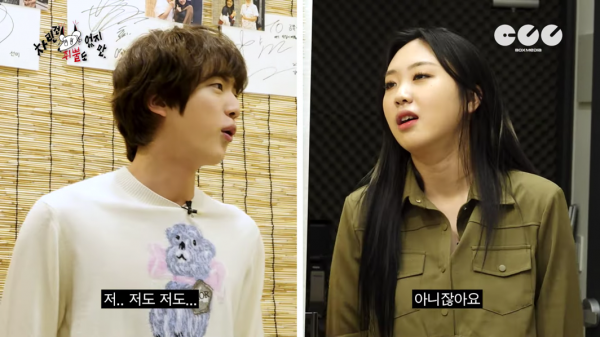 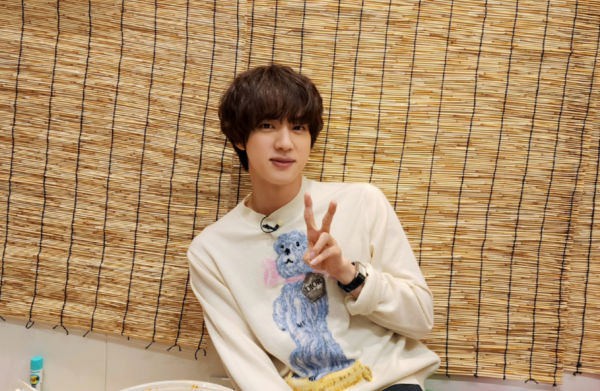 Initially, Jin disclosed how he is nervous whenever attending solo guesting, as he is used to being with the other six members every time. He also explained how he avoids eye contact when drinking or talking to others he has just met.

However, with the rapper’s fun personality and assurance that the show was a safe space and that Jin could be free to be himself, Jin could blend immediately.

Escalating the conversation, what shocked the viewers and the “No Prepare” host was when Jin candidly confessed that he had been “socially-deprived” since he was 19 years old.

“I started my trainee life when I was 19. I don’t have any friends. If you look at the contact list on my phone, I have less than 10 celebrity friends. Most people don’t want to be friends with us because they feel pressured.”

“Because of this work, my social relationship became a disaster. It’s totally broken.”

Jin also expressed how he wanted to play a drinking game but was stopped by the company from drinking since his trainee days.

Nevertheless, the rapper broke the rule as she and Jin played a drinking game to unleash thrill.

Captivating the fans even more, when Lee Young Ji gratified Jin for contributing to the progress of South Korean culture, the singer responded that the success resonated as a group. Hence, the spotlight should not be on him.

Wholesomely, Jin said that he is not afraid to show “aspects people won’t like.”

“I don’t want to show the negative side of me. As an otaku who really loves to play games. I’m also infused with that feeling so I have a mindset that I want to only show the aspects of me that fans like.”

Mental health-related struggles sit in the realm of most stigmatized and highly-marginalized discussions in South Korea.

Due to the immense spotlight on K-pop idols’ personal lives, extreme pressure, and compliance with society’s standards throughout their pre-debut days, until they reach the climax of stardom, they are also vulnerable to mental health-related issues. 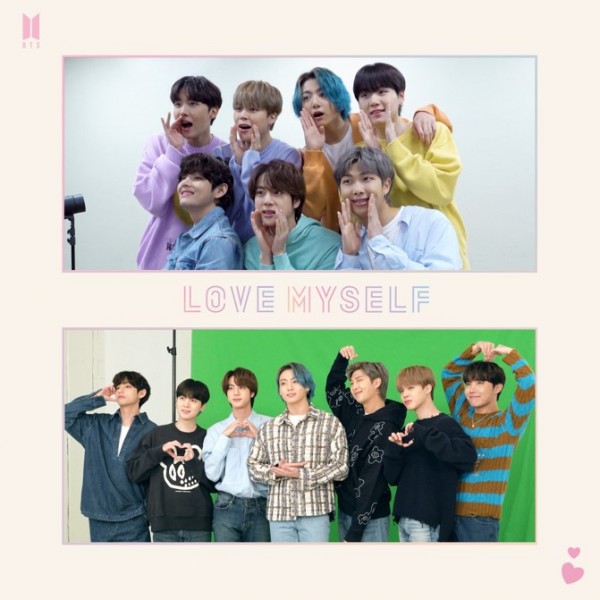 Among the prominent K-pop celebrities who highlight mental health awareness and self-love through music is BTS. As evident in their album chronology – Love Yourself, the worldwide icon extended this advocacy to an international level when they joined forces with UNICEF to champion initiatives against violence and promote self-esteem.

As BTS is in the vanguard of this philanthropy, fans are often surprised whenever the members open up about their struggles which they have concealed in the limelight by releasing comfort music and cheerful personality in front of the crowd.

Humbly, Jin shared the critical reason for BTS’s success – conceding is an essential factor. The eldest member mentioned that to maintain a team; one should not act the way one wants but must always consider what is suitable for the other members. 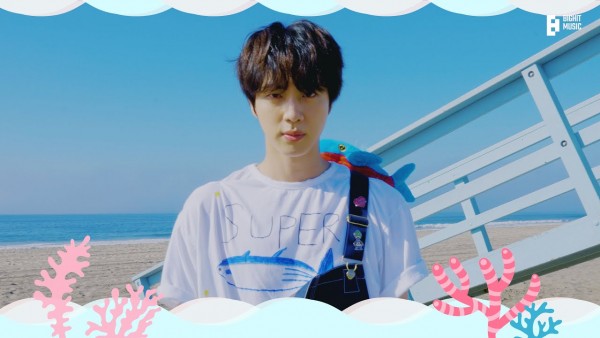 Jin also narrated how his hit song “Super Tuna” was produced and how he hoped that a not a lot of people are aware of the song.

Unfortunately for him, the song even entered the international charts. Therefore, it is almost impossible that the song is foreign to listeners.

BTS Jin on his way to Argentina

As BTS Jin prepares to release his first solo single, “The Astronaut” is a gift from Coldplay, whom the BTS collaborated with last year for the single “My Universe.”

Coldplay did not just participate in the lyric composition but also the recording of the instrumentals.

Interestingly, Coldplay invited Jin to perform “The Astronaut” at the Coldplay concert in Buenos Aires, Argentina, on October 28.

With the heartfelt confessions of Jin, let us echo a reminder from one of his songs, “Epiphany” – “I’m the one I should love.”

What’s your favorite comforting BTS song? Share those below.

KpopStarz own this article.