During his appearance on the latest episode of “Running Man,” BTS Jin revealed that he “dislikes” his group’s leader, RM. Keep reading to know his full statement.

On the Nov. 6 episode of SBS’s television show “Running Man,” BTS Jin made a guest appearance. It was his first time to appear on the program alone without his co-members. 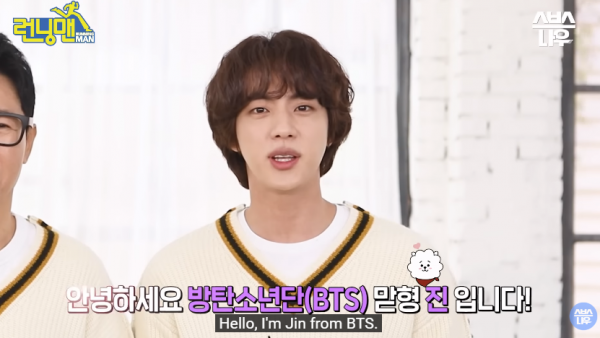 At the beginning, Ji Suk Jin shared, “Jin and I are close,” which his fellow cast members doubt. But the male idol agreed and said that they even had drinks together.

In response, Yu Jae Seok commented, “Oh, I’ve actually heard about this. When Suk Jin told me about it, I was like, ‘I’ve got to tell Jin that what he did wasn’t right,’ because I heard that you paid, Jin! Suk Jin, how could you let Jin pay?” 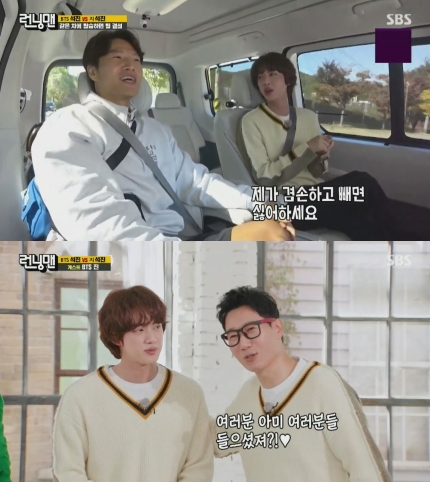 Ji Suk Jin replied, “No, I was going to pay for it, but Jin kept on saying that he would pay.”

The “The Astronaut” singer playfully remarked:

“Well, since I’m a superstar, I should pay for something like that, you know,” and added, “It was because Suk Jin arrived really late when we’ve already had lots of drinks. He only had a glass after he came. That’s why.”

Afterwards, BTS Jin and the “Running Man” cast started to play a game together. They were divided into two teams and the members of each team would ask questions to each other, which they had to deny. 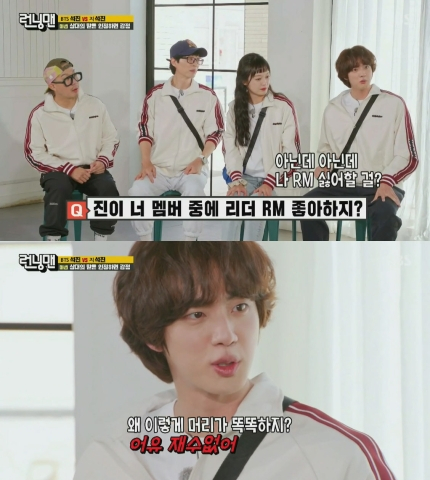 At one point, Yu Jae Seok asked BTS Jin, “You like your leader RM, right?” Because of the concept of the game, Jin had to deny that he likes RM, and so he said:

The “Running Man” cast members burst out laughing at his answer, and Jin’s team members praised him for a job well done. 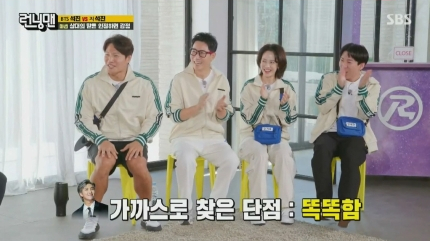 In the end though, Jin’s team lost the game and he carefully asked if he should apologize for what he said concerning RM. The cast then told him that it’s okay since it was only a game and that he shouldn’t worry about it. 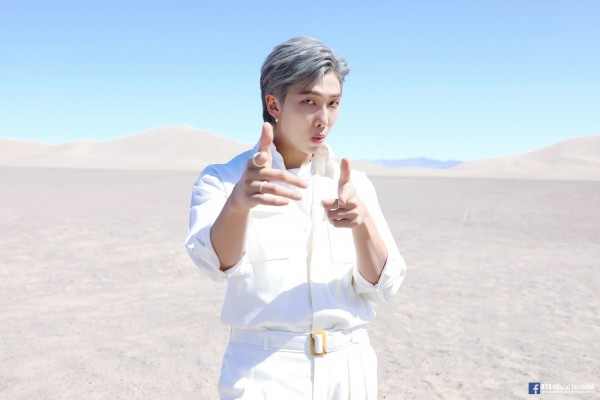 ARMYs are quite aware that BTS Jin and RM are actually close. Fans refer to them as NamJin, which is a combination of Namjoon and Jin. (Namjoon is the real name of RM.) These two have plenty of fun together, talk about everything, and share countless laughs.

In other news, BTS Jin’s “The Astronaut” made it to several Weekly Circle charts for the week of Oct. 23 to 29. 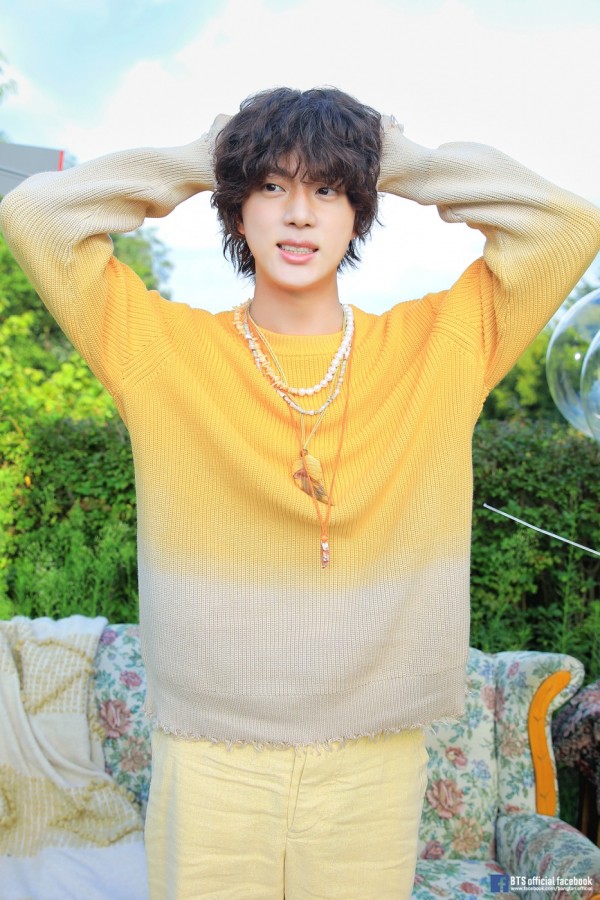 The song “The Astronaut” took No. 5 on the Global K-pop Chart, and debuted at No. 52 on the Digital Chart with more than six million digital points. It also entered at No. 2 on the Download Chart and No. 8 on the BGM Chart.

Finally, Jin placed 11th on the Social Chart, while his group, BTS, stayed strong at No. 2.