In his latest live broadcast, Suga talks about the current condition of his shoulder injury after featuring on PSY’s “That That.”

Back on April 29, “Gangnam Style” hitmaker PSY made his first comeback in over five years with his new track “That That,” which is produced and featured by BTS member Suga.

The collaboration between the two instantly became iconic, even more so as Suga also appeared in the music video for “That That.” He even joined the choreography despite initially only planning to produce the song.

However, given that the choreography for “That That” includes numerous intense dance steps involving the arms and shoulders, many expressed their concern for Suga. 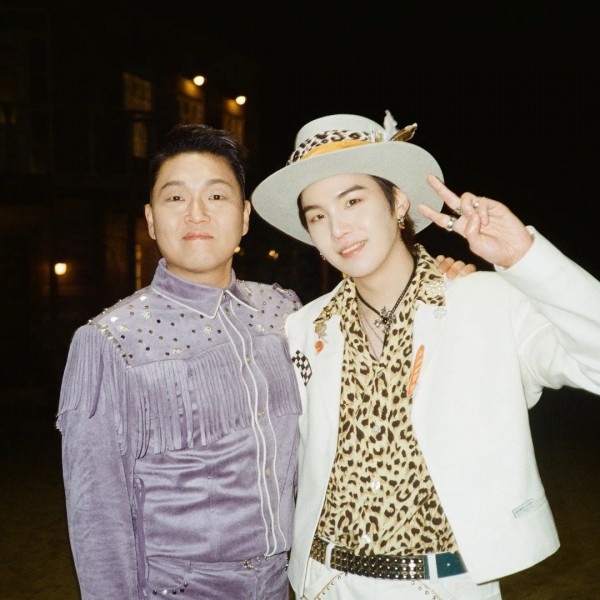 Recently on May 4, Suga took to Naver V LIVE to hold a short live broadcast and have a chat with fans. During this live, the BTS member talked about what it was like working on the song. One fan asked him if his shoulder hurt while doing the dance moves for “That That” given that he had to have shoulder surgery in the past.

To this, Suga responded by explaining the range of movements his shoulders can make, which differs between his left arm and right arm.

“Ever since my [shoulder] surgery, and this goes for the concert too, you can see it if you watch closely but I can’t use [my arms] at a certain angle. I can’t turn my left and right arms exactly the same,” Suga said, adding that he can’t physically turn his arms until it starts to hurt. 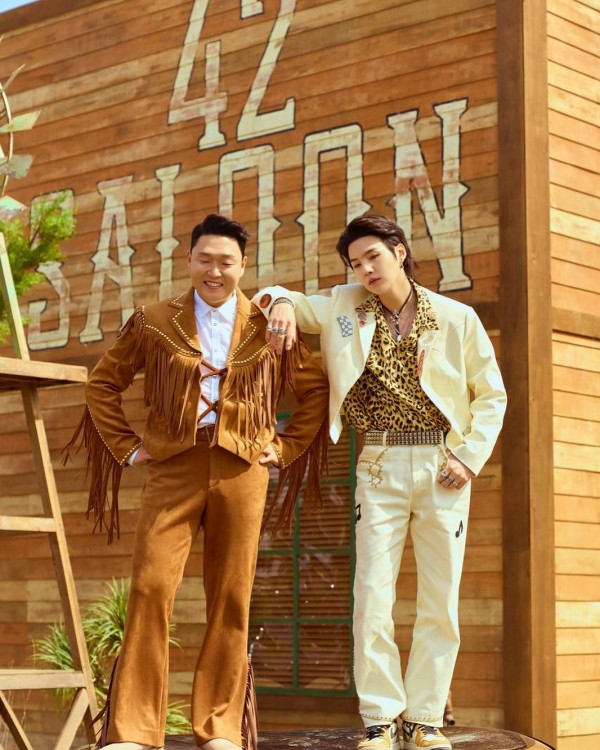 He continues, “Even when I raise my arms, the ranges of motion are different.”

However, he assures fans that he didn’t get hurt doing the “That That” choreography, saying, “It didn’t hurt for me to turn my arms, but if I go too far it then it would start to hurt. It feels like my shoulder is firmly connected to my joints after my surgery.”

He adds while chuckling, “But for that dance, it’s not my arms that hurt, but my knees hurt. My knees hurt so much.”

What Happened to Suga’s Shoulder?

Suga had reportedly injured his left shoulder due to an accident while riding a motorcycle during his part-time job prior to his debut. Since 2012, Suga has been suffering from shoulder pain. 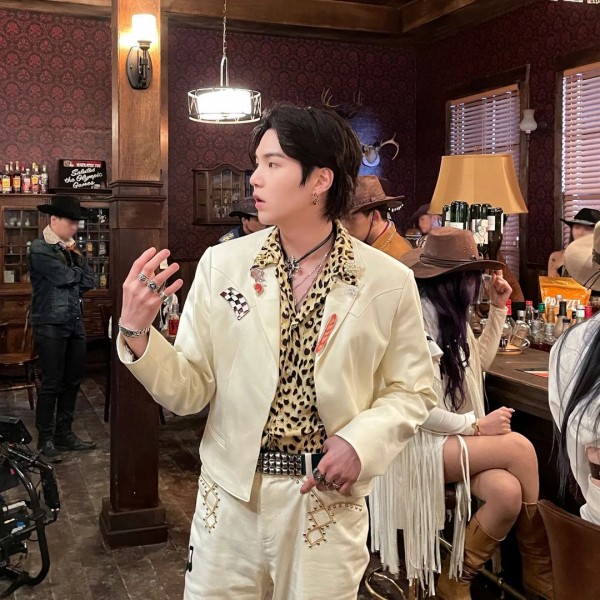 In November 2020, he finally underwent surgery for a ruptured joint found in his shoulder, and has since then been recovering.

However, in December 2020, Suga drew attention after appearing in Big Hit Music’s New Year’s Eve live concert despite not making full recovery yet.

At that time, fans had noticed Suga couldn’t even pick up the microphone with his left arm. However, Suga insisted on seeing their fans.