BTS V’s past remarks about the popular “perilla leaf” debate is drawing attention amid his dating rumors with BLACKPINK Jennie.

Back on May 13, Big Hit Music shared a new video of BTS through the group’s official Youtube channel, BANGTANTV. On their channel, a video called “BTS MBTI Lab 2” was uploaded.

In this video, the seven BTS members talked about numerous things relating to their MBTI (Myers Briggs Type Indicator).

At one point in the video, the members began talking and sharing their opinions regarding the popular debate surrounding the perilla leaf. 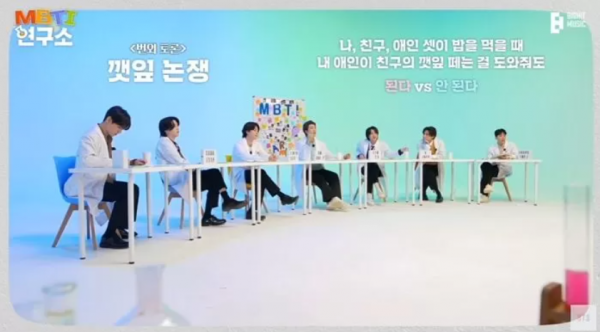 The perilla leaf debate is about whether or not it is okay for someone to separate the leaves for someone who isn’t their partner or significant other.

While sharing their own opinions regarding whether or not they are fine with their partner doing such for someone else, member V clearly drew a line and stated “No,” that he is not okay with his partner doing so.

Explaining his reason, V started off by pointing out that your partner put their chopsticks in their mouth, and would be the same chopsticks that they use to separate the perilla leaves. 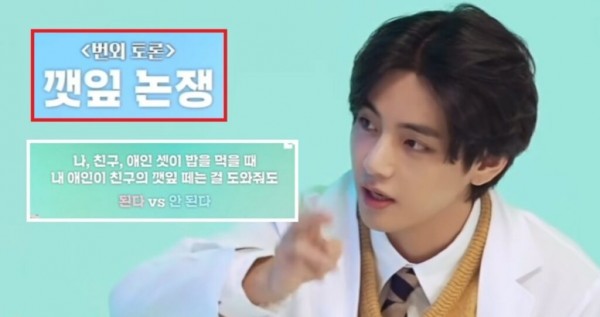 He went on to say that he would be angry if his lover separated the perilla leaves for someone, and that he might even end up in a light fight.

“Your partner would have been using these chopsticks to eat, and they keep using the same chopsticks that’s been in their mouth to help the friend,” V said.

He continued, “I think I would have a light fight with them.” 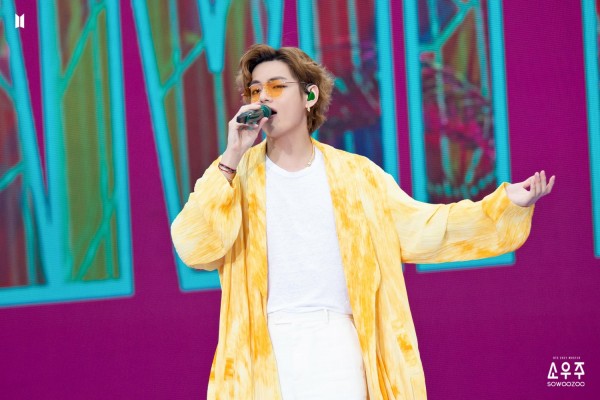 While the other members, except Jungkook, were alright with their partner separated the perilla leaves, V remained adamant and continued to express his dislike for their partner to do such a thing for a friend.

While the video has been shared more than a week ago, V’s remarks regarding the perilla leaf debate is drawing attention following his dating rumors with BLACKPINK member Jennie.

Netizens have pointed out that V’s remarks made in the video may have been said while he is conscious of the “Pretty Savage” singer. 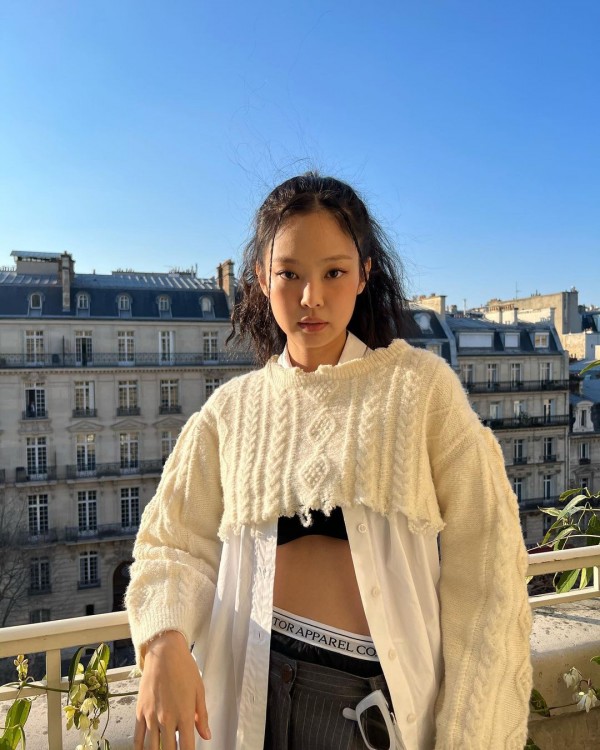 IN CASE YOU MISSED IT: BTS V, BLACKPINK Jennie’s ‘Photos Captured in Jeju’ Circulate – Are They Edited?

Meanwhile, V and Jennie became embroiled in a dating rumor after an alleged photo of the two in Jeju Island began circulating online.

While many have argued that the photo is edited and that it was fellow BTS member J-Hope in the photo with V, many still believe it is V and Jennie.

In fact, prior to V and Jennie’s dating rumor, Jennie was rumored to have called it quits with BIGBANG leader G-Dragon, making speculations around her romantic relationships rise.

Check out the full video here: *Topic starts at the 20:59 mark