The two YG boy groups both had a comeback to the Kpop race after many years of absence, attracting the attention of many people. If WINNER delivered an I Love You with cheerful tunes and colorful footage, iKON brought back the 1980s Pop sound and retro style in But You .

Received a lot of support and compliments from the public, but the digital music achievements are not very prominent

Both songs have received a lot of positive feedback from the public, but their digital achievements have not really exploded. WINNER was originally known as a boygroup with strength in digital music, but I Love You has an unstable ranking when debuting “modestly” at #41 Melon and #11 Genie. Although the group had a promotion stage on a music show, the chart still showed no signs of turning back. 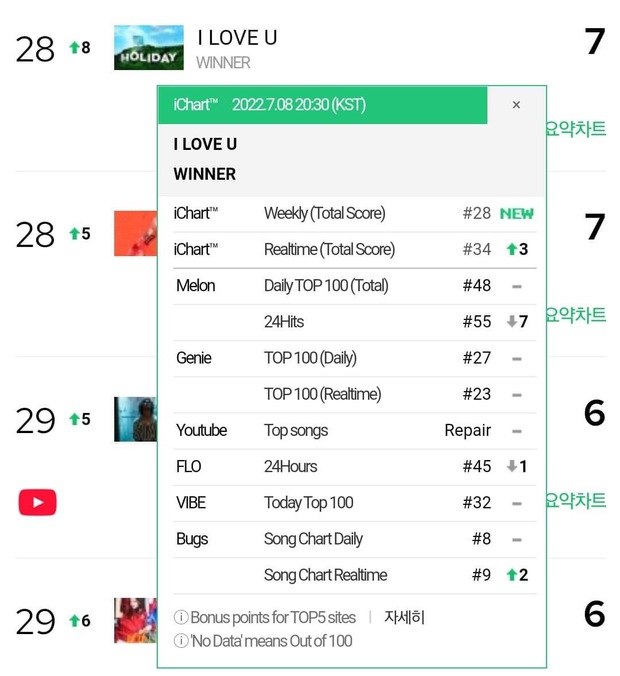 WINNER’s chart performance is said to be unstable

For iKON, although it received many compliments from the people, the digital music ranking of this song when it was released was even more alarming. Perhaps partly because experimenting with new genres is not to the public’s taste, the digital music achievements of the YG boy group are somewhat “disastrous”. 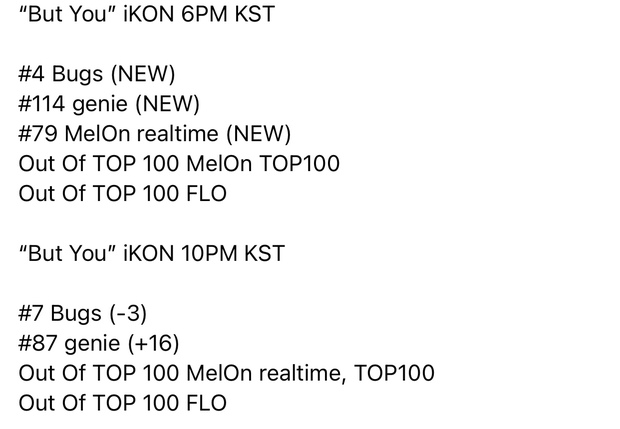 Compared to the previous comeback, iKON’s digital achievement is an alarming step backwards

However, both groups succeeded in creating a good effect on social media

WINNER has always been one of the groups that have received a lot of love from Koreans because of their clean private life, their respect for their careers, and their unique music. That’s why, after more than 2 years of group hiatus, WINNER’s comeback has made the public stand still. One of them must be mentioned that the eldest Jinwoo constantly stormed social networks because of his young and beautiful beauty even though he was over 30. 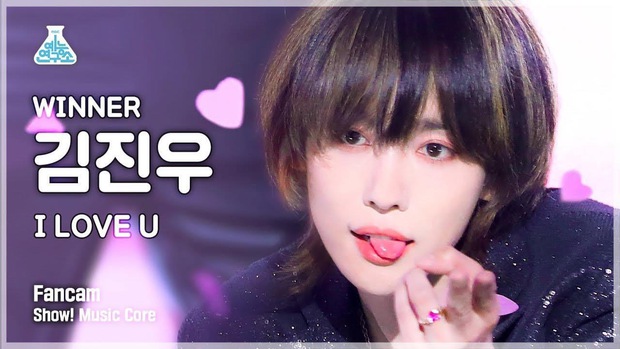 In particular, the beautiful moments in WINNER’s free concert ” Holiday In The Night ” made the 4 YG boys constantly cover on social networking sites. The show is part of WINNER’s promotion plan for a new product with the participation of a large number of fans of the group from all ages. 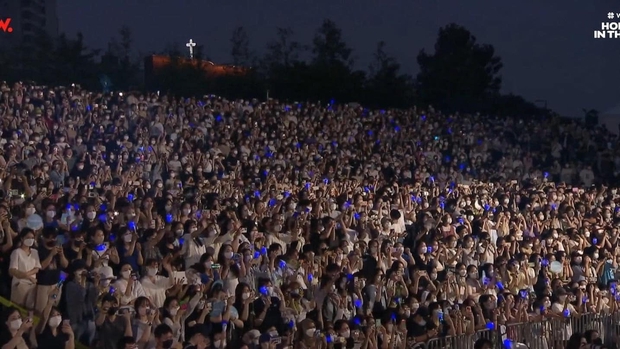 The crowd with the lightstick created a beautiful picture 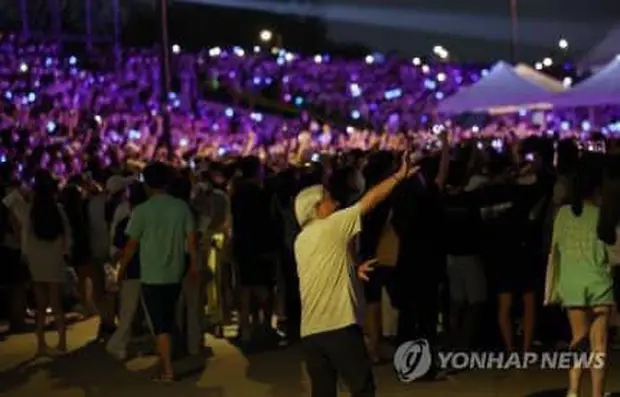 After the concert ended, there were more than 80 articles written about WINNER’s ” Holiday In The City ” concert – the clearest proof of the 4 boys’ attraction to the Korean public despite being absent for more than 2 years. contributed to a successful comeback season. 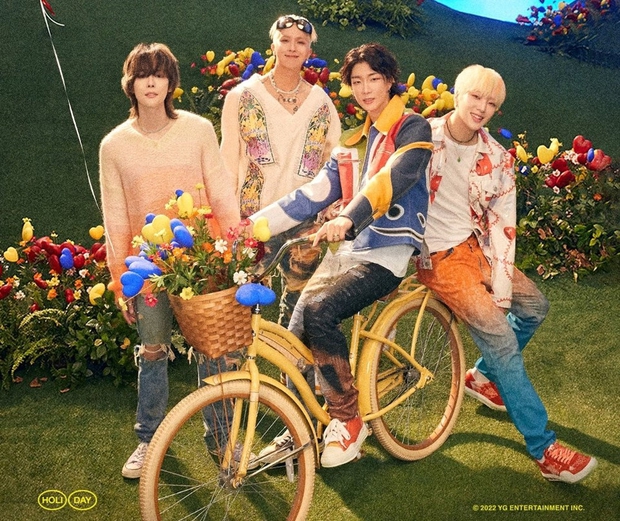 Regarding iKON, the group also succeeded in creating a trend to promote But You on the TikTok platform with more than 74.6 million views. Even Lisa enthusiastically participated in filming with her senior to create a trend.

Lisa also joined the But You challenge to promote iKON

It seemed that iKON would “sail smoothly” but the But You trend was blatantly “robbed” to become a hot trend on TikTok Vietnam. Specifically, some accounts edited the music from But You to the song Em La Nhat , but still kept the movement of the trend. After that, these videos quickly trended because of the match between Vietnamese songs and But You challenge’s movements. Because the source is not recorded, many people mistakenly think and catch the trend on the background of Em La Nhat music , which has a great influence on the trend to promote iKON’s new products.

But You challenge is modified on the background of Vietnamese songs