Nayeon (TWICE), Jungkook (BTS) and girl group aespa are still the names receiving the attention of fans when all 3 at the same time released the MV for the new song at noon on June 24.

Against these “non-medium” competitors, which artists will achieve the best results for their music products? Let’s take a look at the series of achievements of all 3 after 24 hours of the song’s release.

Album IM NAYEON with the title track POP! is a milestone for Nayeon’s solo debut event. Right before the MV was released, she made fans admire when she set a new record for female solo idols in 2022 with the pre-order album volume of up to 500,000 copies on Gaon.

MV POP! imbued with the summer atmosphere along with Nayeon’s bright and sweet visual, has earned more than 16 million views after 24 hours, reached #2 trending on YouTube Worldwide and reached the top trending in 58 countries. 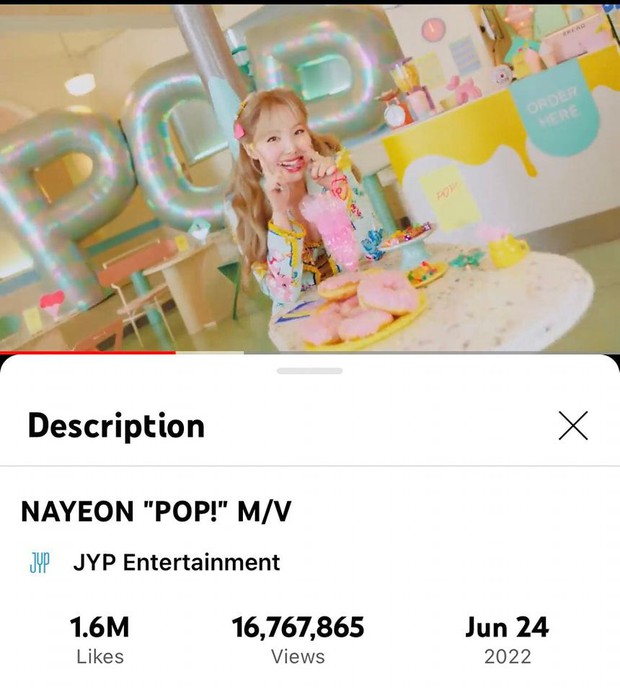 Regarding digital music, after 1 day of debut, POP! currently holds 2nd place in Bugs, 49th in MelOn, 46th in Genie and 51st in FLO. Nayeon reached #1 on MelOn Artist Chart and gained 1,504 new followers on plataform in 24 hours. She is currently in the top trending #5 on MelOn Realtime Search.

The song is holding the 2nd position on the Bugs chart

In addition, Nayeon’s album IM NAYEON is also recognized as the album with the highest first-day sales in 2022 by a solo female singer on Hanteo. 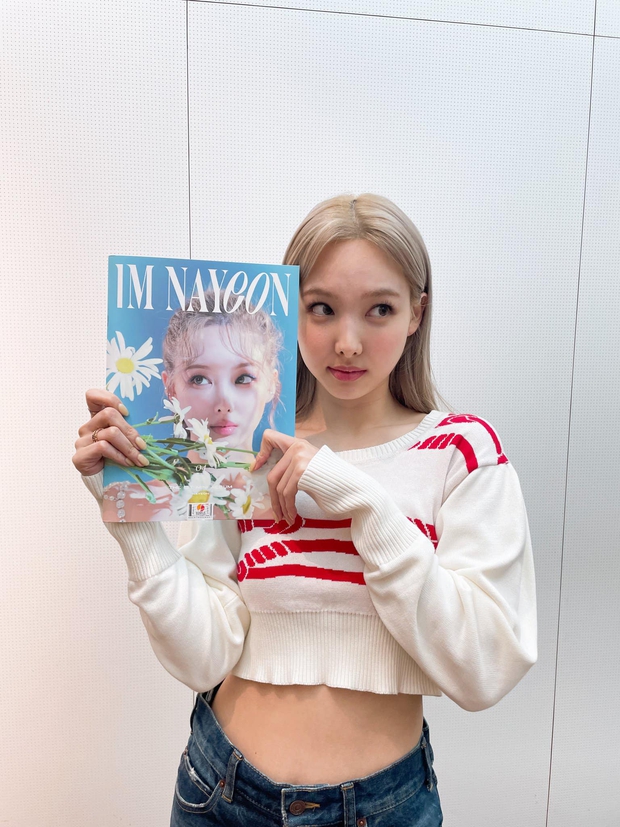 Nayeon has had outstanding achievements in album sales

Released 1 hour after POP! by Nayeon, Left And Right is the epic collaboration of the youngest member of BTS with Charlie Puth. This is a song that has received a lot of anticipation from many fans when many pieces of music were previously revealed on social networking platforms.

Regardless of everyone’s expectations, the song’s interesting MV and free-spirited melody have garnered more than 15.8 million views after 24 releases. In addition, the MV “Left And Right ” also reached the top trending tab in the “General” section on YouTube of 88 countries. 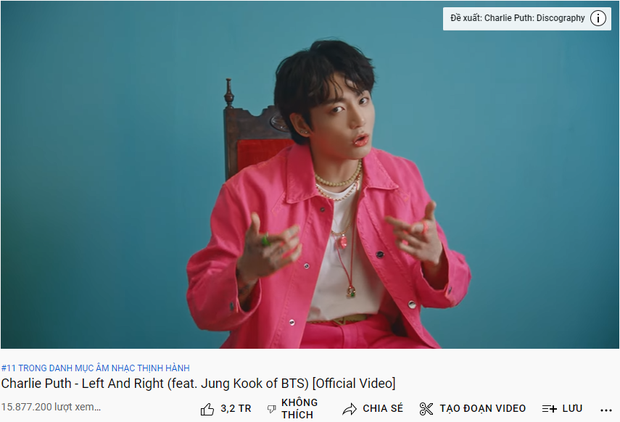 The MV earned more than 15.8 million views after 24 hours of release 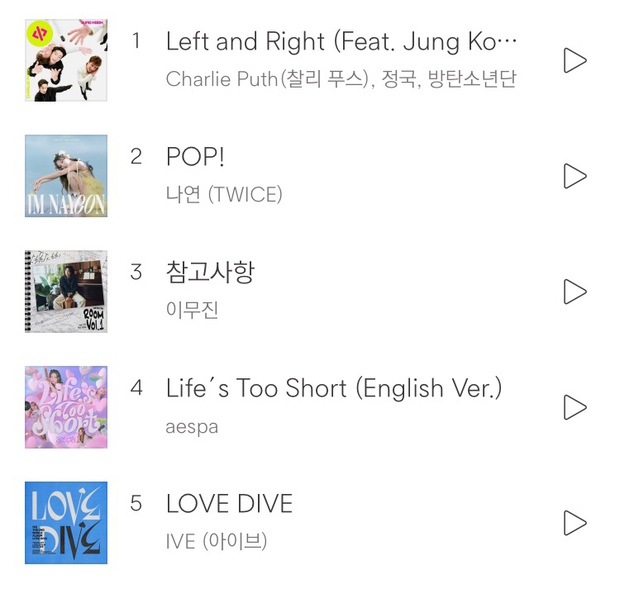 The song reached #16 on MelOn after 24 hours of release

In particular, Left And Right debuted on Melon with 544.9k streams and 119.2k Unique Listeners (ULs). With this achievement, Jungkook broke the record of becoming the BTS member with the most streams and debut ULs as a solo artist on MelOn (the previous record also belonged to Jungkook with Stay Alive ). 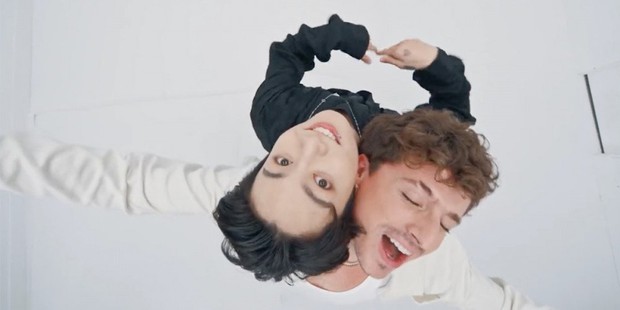 Left And Right debuted at No. 4 on Genius’ All-Genre chart and reached the top of the highest performing songs on Genius Korea forum in 2022. 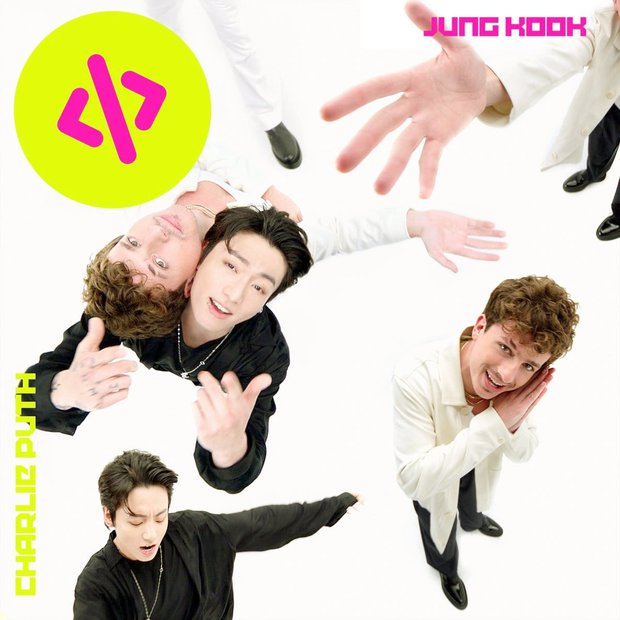 Famous as the “social hotboy” of BTS, it is not surprising that with this collaboration, Jungkook has reached the top of the world trend with 2 million tweets and a series of hashtags and related keywords trending at 150 countries and regions.

It can be said that the collaboration to mark this first individual activity of the BTS member has achieved quite good achievements. 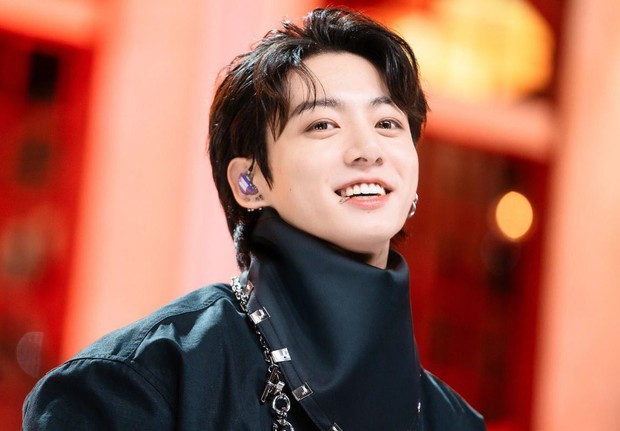 Jungkook is having a very good start to his personal activities

Life’s Too Short is the second track from aespa’s album GIRLS . Previously, the group performed this song on the Coachella stage and received a lot of love from the fans.

With the MV Life’s Too Short , the 4 SM girls brought a youthful, sweet image of the right age, showing off their beautiful visuals. However, aespa’s view record is more modest than that of POP! and Left & Right . After 24 hours, aespa’s MV reached 14 million views. 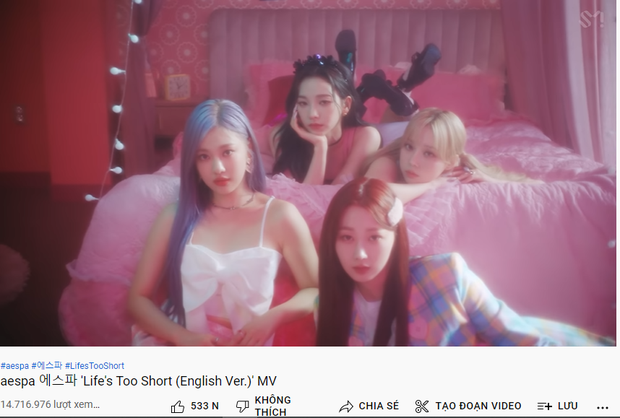 Life’s Too Short’s digital music segment is not much better when the song only holds 92nd place on MelOn chart and 4th on Bugs chart 1 day after the song’s release. Compared to the group’s previous songs, this is probably the best digital achievement that aespa has achieved.

Life’s Too Short only holds 92nd place on MelOn chart

The coverage and discussion of netizens for Life’s Too Short seems to be inferior to the two songs of Nayeon and Jungkook. Fans are looking forward to a further explosion of SM girls for the next snar. 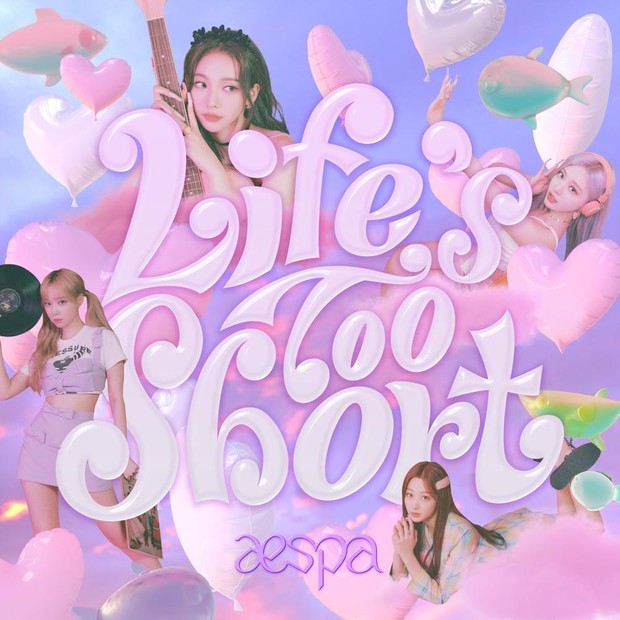