One fan decided to propose to HyunA, however, her fiancé DAWN has the perfect response.

Recently on May 20, HyunA visited University of Seoul to perform at the school’s music festival “Zero-100.” During her visit, HyunA performed several of her solo songs.

While resting in between her performances, HyunA took the time to interact with the audience attending the event. During her break, one fan held up a message and shouted to the idol, “Marry me, HyunA!”

Hearing this, HyunA asked the audience if this is a trend, saying, “Is it a trend these days to ask someone to marry you?” 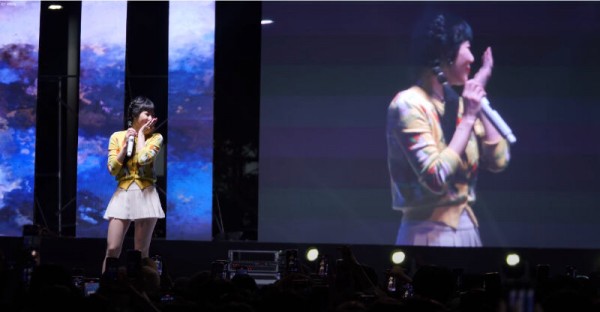 While looking at the fan, she then realized they were serious with the proposal, and said, “Oh, you are being serious?” But after a moment of hesitation, she then smiled and showed off her left hand which has a ring on her fourth finger.

“But I have a boyfriend. What do I do? I am also wearing a ring on my finger already,” HyunA said as she flaunted her ring, making the audience go wild.

After a while, HyunA then reveals that she actually came with her boyfriend to the festival, and invited DAWN on stage. 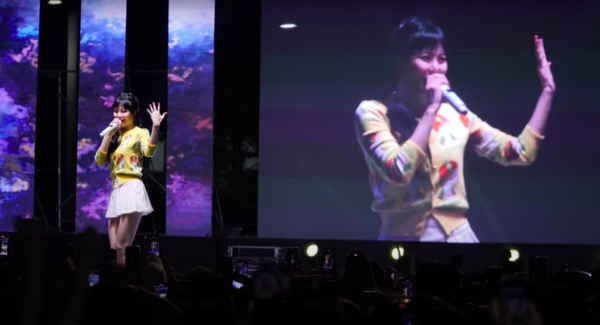 “You know what else? I actually came to the festival with my boyfriend today. Let me introduce to you guys my boyfriend,” HyunA said as she called up her “baby.”

While DAWN walked up the stage, HyunA cutely added, “We might fight later, because this wasn’t part of our plan today,” making everyone laugh.

Once DAWN stood on stage, he immediately hugged HyunA, with HyunA explaining to him that someone had proposed to her. 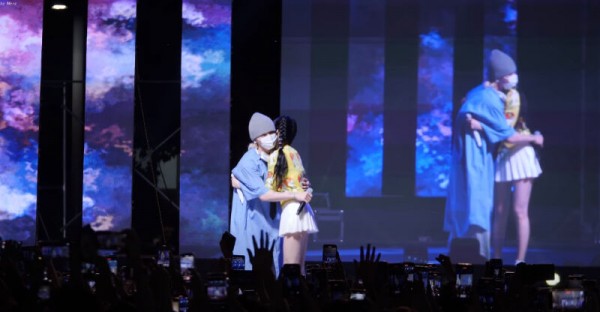 “So, someone had asked me to marry them, and I, unfortunately, had to tell them that I am already wearing a ring,” Hyuna told DAWN.

Hearing this, DAWN nodded and began looking around the audience, asking, “Who? Who is hitting on my girlfriend?”

He then held up his own left hand, pointing to his fourth finger which contained the same ring as HyunA, and said to the crowd, “You see this ring on my finger as well?!” 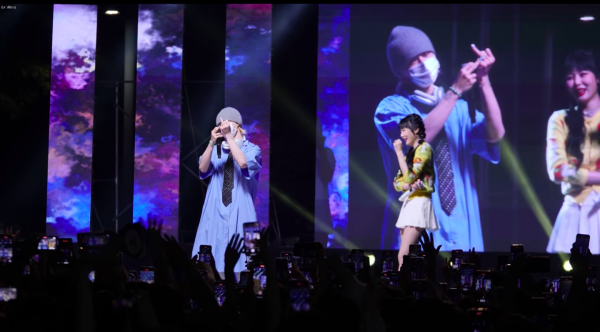 Following his response, many couldn’t help but laugh at the idol and gush at the two’s adorable relationship.

Not long after, HyunA and DAWN gave an impromptu performance of their collaboration single “PING PONG.”

Check out the full video here:

More About HyunA and DAWN’s Relationship

HyunA and DAWN has been in a relationship since 2016 while the two were still under Cube Entertainment.

In 2018, they made their relationship public. However, they parted ways with Cube Entertainment after the label terminated their contracts due to “loss of trust,” thus DAWN had to withdraw from his group PENTAGON as well. 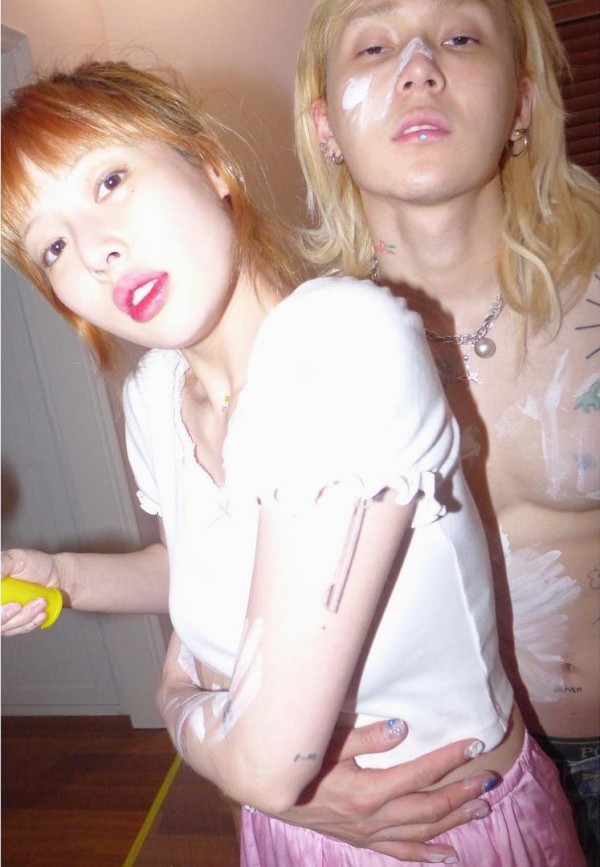 After six years of being together, HyunA and DAWN showed off their matching rings on Instagram in February of this year.

On his Instagram, DAWN wrote “MARRY ME,” to which HyunA responded by saying, “Of course! Definitely yes!” on her account.