ENHYPEN’s bodyguards are drawing mixed reactions from netizens after they were seen using excessive force on fans.

On May 16 KST, ENHYPEN arrived at the Incheon International Airport after completing their overseas schedule in Germany. As always, fans and reporters gather at the airport terminal to take photos of the boy group and welcome them back in the country.

However, an incident at the airport occurred involving ENHYPEN’s bodyguards, in which they were accused of using excessive force on the female fans surrounding the group. 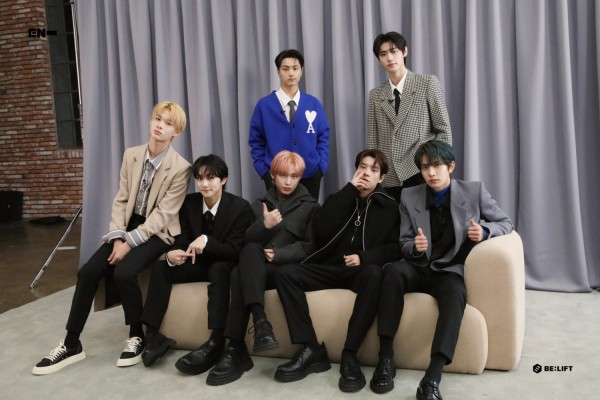 In a video that began circulating across social media, one of ENHYPEN’s bodyguards can be seen trying to prevent fans from getting near the members, and in the process of doing so, ended up pushing several fans away with excessive force.

Due to the excessive physical force used by the bodyguard, in which several of the fans ended up falling to the floor harshly, a dangerous situation was created.

The current conditions of the fans who were pushed by the bodyguards have yet to be confirmed. 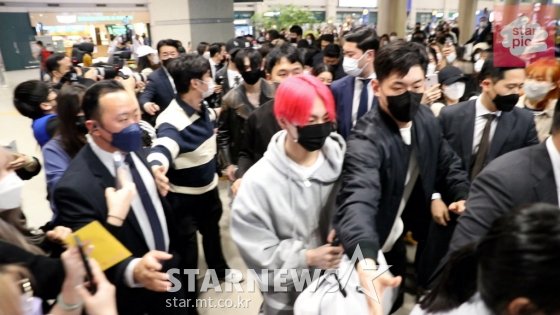 (Photo : Star News)
ENHYPEN arriving at the Incheon International Airport on May 16

When the video was shared to the public, ENHYPEN’s bodyguards drew mixed reactions from netizens. While some have expressed understanding that the bodyguard was just trying to protect the members from fans invading their personal space, others criticized the excessive security.

Netizens, mainly on Twitter, took to their social media to express their opinions on the matter. One netizen said, “It is not the first time that I have seen bodyguards for Korean idols push people away before they invade an idol’s space. Plase do not defend them. You should not be violent like this.”

However, many also praised the bodyguard for doing his job well, with many stating that K-Pop idols need more bodyguards like him who can keep the idols safe from the mob of fans, especially as sasaeng fans always attempt to go near idols.

In regards to the matter, an airport official stated, “The bodyguards did their job to secure the flow of movement, but such a situation is often seen at airports.”

Check out the video here:

Meanwhile, ENHYPEN recently released their Japanese single album “Dimension: Senkō” back on May 3, which features the Japanese version of their songs “Tamed-Dashed” and “Drunk-Dazed.”