Former IZ*ONE member Kang Hyewon is being accused of having a bad personality.

On May 25, a post on Nate Pann complimented IVE member Jang Wonyoung’s personality. Titled “Am the only one who thinks Jang Wonyoung is…”, the author completes their sentence in the post, writing, “… likable?”

In the post, the user included a GIF of Jang Wonyoung during her IZ*ONE days. The girls were seen on “The Show,” celebrating their win for “FIESTA” on February 25, 2020. The members tossed confetti in the air for the stage, while others wore flower crowns.

Once their encore performance was over, Jang Wonyoung stood next to Kang Hyewon. In the GIF shared by the internet user, Kang Hyewon is seen talking to one of the members before bowing to the audience.

As she bows, Kang Hyewon drops her plastic bag, which is still full of confetti.

(Photo : The K-POP on YouTube (GIF by Alexa Lewis))
Former IZ*ONE Kang Hyewon Accused of Having Bad Personality — Here’s Why

Jang Wonyoung sees her drop this. For a moment, she turns to her members, who are walking off stage. As soon as Kang Hyewon turns her back on Jang Wonyoung to walk off stage, the now-IVE member bends down to pick up the trash left behind.

(Photo : The K-POP on YouTube (GIF by Alexa Lewis))
Former IZ*ONE Kang Hyewon Accused of Having Bad Personality — Here’s Why

How Did People React to Ex-IZ*ONE Kang Hyewon’s ‘Rude’ Actions?

Though the post was meant to compliment Jang Wonyoung, internet users were fixated on Kang Hyewon’s actions.

People claimed the idol always appeared arrogant in front of cameras, but her actions show how she is in real life. As she dropped the whole plastic on purpose, people believed she had “celebrity disease,” as she most likely did not see anything wrong with her actions. 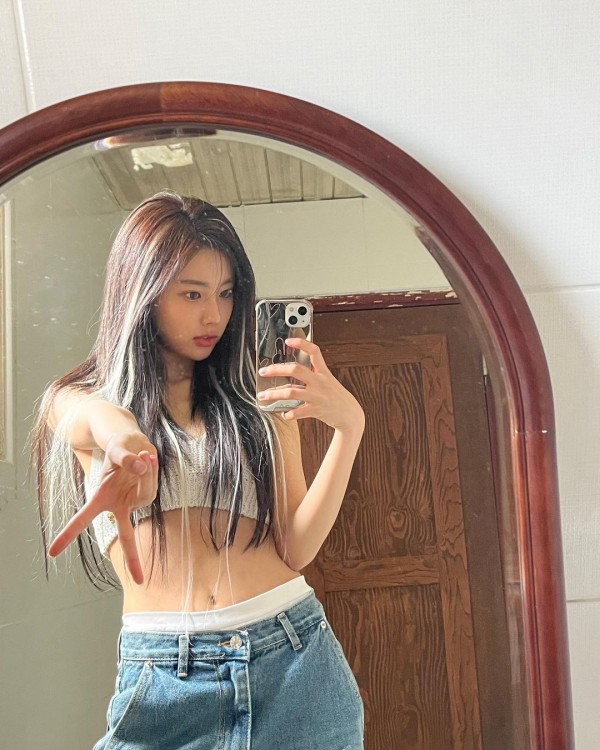 “Kang Hyewon does not only act arrogant in front of the camera; she is just simply like that. It’s not like it fell by accident; she purposefully dropped it.”

“Why would you throw that on the ground and leave?”

“What is up with Kang Hyewon? There are so many cameras there; why would she throw it on the floor like that?”

“What’s up with the one who dropped it?”

Check out IZ*ONE’s encore stage on ‘The Show’ here: