In a recent broadcast appearance, (G)I-DLE Minnie reveals the second generation K-pop group that she is a big fan of!

Recently on October 29, “TOMBOY” hitmakers (G)I-DLE made a guest appearance on the 356th episode of the popular JTBC variety program Knowing Bros. On this day, (G)I-DLE members Miyeon, Minnie, Soyeon, Yuqi, and Shuhua appeared as the show’s latest transfer students.

During their guest appearance, the members and cast talked about numerous things. In particular, cast member Kang Ho Dong mentioned (G)I-DLE’s recent concert that took place in Bangkok, Thailand, back in August of this year. 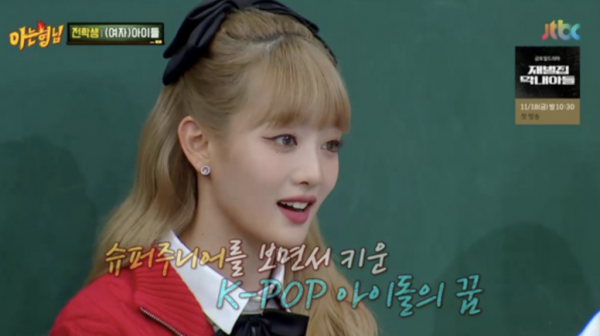 He then asked Minnie, who is Thai, how she felt when having a concert in her home country. To this, Minnie revealed that she actually cried, as it had been a dream of hers to become a singer and hold her own concert in Thailand.

In addition, she also revealed that she is a fan of a certain second generation K-pop boy group that helped her realize her dreams to become a singer herself. And it is none other that Super Junior, in which cast member Heechul is a member of.

“That is right. I cried [at the concert]. I used to be a member of Super Junior’s fan club (ELFs). I went to a lot of Super Junior’s concerts in Thailand, and then I dreamt of becoming a singer. So to me, it was unbelievable to hold [my own] concert in Thailand,” Minnie shared on the show. 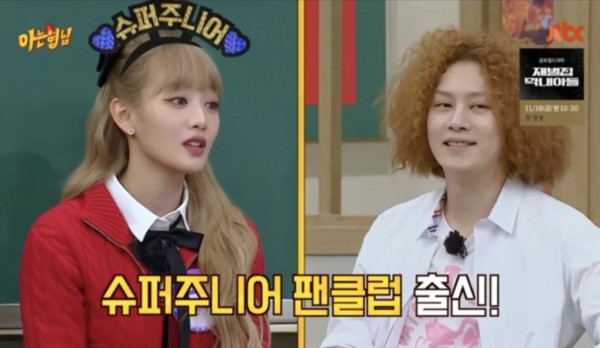 Minnie and Yuqi Reveal Who Their Bias in Super Junior Is

Hearing her love for Super Junior, the Thai K-pop idol was then asked which among the members is her favorite. To this, Minnie reveals her bias in Super Junior is the group’s youngest member, Kyuhyun! 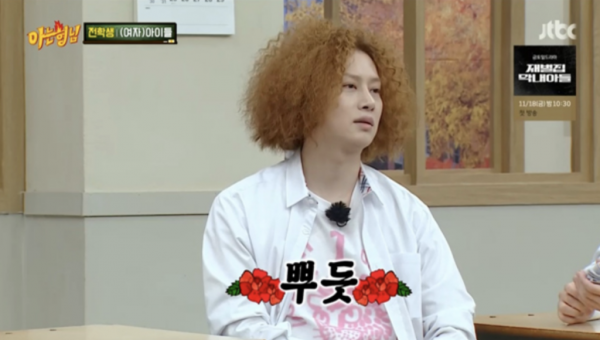 After hearing the two (G)I-DLE members’ answers, Heechul couldn’t help but express his disappointment at not being named a favorite member, making everyone on set into laughter.

Kang Ho Dong then asked Minnie to sing a song of Kyuhyun’s, to which she sang his hit 2014 single “At Gwanghwamun” without any accompaniment and in a Thai version. 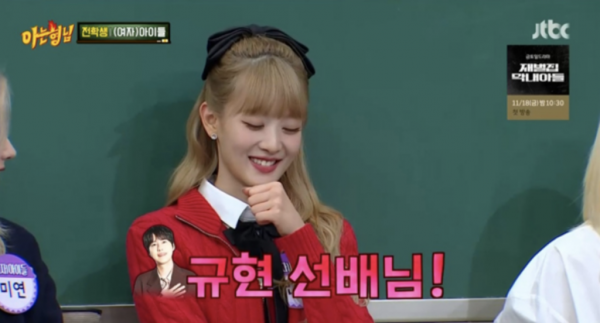 After listening to her sing, Minnie earned praises for her excellent vocal skills. Due to her singing the song in Thai, the cast members asked if Kyuhyun has ever sung the song in the Southeast Asian language, to which Minnie revealed that she just translated the lyrics herself, once again showing her love for Super Junior.