(G)I-DLE Performs at ‘KPOP.FLEX’ in Germany

On May 14 and 15, (G)I-DLE performed at “KPOP.FLEX” in Frankfurt, Germany. The event is dubbed “the biggest K-pop music festival in Europe.” The group was joined by several top acts, such as NCT Dream, EXO’s Kai, IVE, and more. 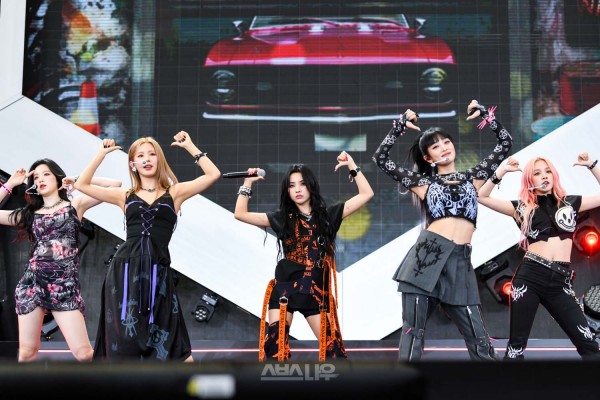 During the event, (G)I-DLE performed their latest single, “TOMBOY,” as well as other hit tracks such as “LATATA” and “Oh my god.” In addition, the girl group also performed their b-sidetrack “MY BAG” and a cover of Justin Bieber’s “Love Yourself.”

During the end of their set, (G)I-DLE took some time to wave at fans. Shuhua was seen smiling and waving at fans as they chanted for an encore. In reply, the idol shot up two peace signs.

However, since she was holding a microphone in her left hand, she could not fully make the peace sign and instead accidentally flipped her middle finger to the crowd!

The Taiwanese idol appeared flustered at her mistake and immediately began waving her hand in denial, attempting to clarify that she did not, in fact, curse at the audience.

Instead, she used her free hand to throw up a peace sign again. However, she appeared embarrassed by the situation and immediately covered her mouth in embarrassment. She was seen telling the crowd that she did not mean to flip them off as she walked away.

A clip of their interaction went viral on community forums, with people finding the situation funny. Due to Shuhua’s blunt and outspoken nature, people found the situation even more amusing. People also could not help but find it adorable due to her reaction.

“I am going crazy! It is even funnier because it is Shuhua.”

“She is so cute and funny.”

“It was so funny. This is my first time seeing idols do that.”

“She is freaking funny. Shuhua getting shocked was so cute.”