(G)I-DLE member Shuhua is receiving an outpour of praise for her presence in the group’s “Nxde” comeback. Following the release of her fancam from “M! Countdown,” people are claiming the video is legendary. Keep on reading for all the details.

The user praised the female idol, saying her dance lines fit “Nxde” the most. They also stated that Shuhua is pretty and charming, and can make people go crazy.

Internet users flocked to the post to agree. People are saying they understand why Shuhua was given more parts, saying that “Nxde” was practically made for her due to how well she fits the concepts.

Others paid attention to how well she improved. During (G)I-DLE’s early days, Shuhua was often criticized for having little to no facial expressions and weak dancing. However, during (G)I-DLE’s hiatus in 2021, Shuhua shared videos of her dancing, showing she was constantly practicing to improve.

People believe her practice paid off, as now her moves have more strength. Many consider Shuhua’s expressions on stage as the highlight parts of the whole “Nxde” performance.

“I get why Shuhua has more parts this time after watching their stage. Shuhua’s dancing and expressions were the best in the highlight parts.”

“Shuhua is pretty but that aside, her expressions and dance lines in the highlight parts are too good.”

“Shuhua uploaded a lot of dance videos on her Instagram during (G)I-DLE’s hiatus and I realized since then that she really puts more meaning to her dance move. Since ‘TOMBOY,’ you can see that Shuhua’s dancing had more strength. Shuhua practiced a lot so she developed pretty dance lines.”

“I am a fan of another idol but Shuhua is legendary… Her skin is white so she suits blonde like a glove. It is a standard that pretty girls can change themselves whenever they decide to doll themselves up.”

“I think ‘Nxde’ was made for Shuhua. Her charms are exploding.”

On October 17, (G)I-DLE released their fifth Korean-language mini-album, “I Love,” and its title track, “Nxde.” 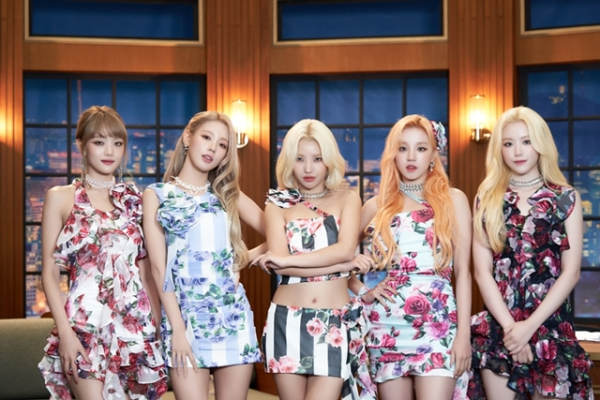 Their first music show performance for “Nxde” was on October 20 on “M! Countdown.”