Why? Here’s what happened.

On October 27, a user on Pann Nate uploaded a post titled “Shuhua’s encore is indeed legendary.”

In the post, they mention how during (G)I-DLE’s encore stages, Shuhua is unable to properly sing live. Though fans are praising her for her dramatic improvement in this comeback, Miyeon is often heard singing for her in the background.

Other times, the whole group sings her part with her, concealing her vocals.

People believe that Shuhua’s fans are praising her excessively, and while she did have improvements in this comeback, she is still miles away from her other members. It was noted that in radio shows, they used AR which could help conceal Shuhua’s lacking vocals, and now she is unable to perform during encore stages.

Others claimed that she was extremely stiff. Though her expressions, dancing, and singing improved, her movements are not as fluid as her other members. Some stated that Shuhua’s “lack of talent” was hidden well among the members.

This caused many to praise Miyeon, as her main vocal skills helped shield Shuhua during encore stages.

“Wow, they had AR for their radio shows and Shuhua had other members singing for her for the encore.”

“They really hid Shuhua’s lack of talent well. They even had hashtags to kick out Jeon Soyeon so that is why they ended up increasing her parts. It took one moment to expose Shuha’s skills.”

“Miyeon is the best. She really suffered.”

“Wow, for real, Shuhua is really stuff. When she dances, she looks like a person with waist-ache.”

“Shuhua’s fans are the issue. They are praising her too much.” 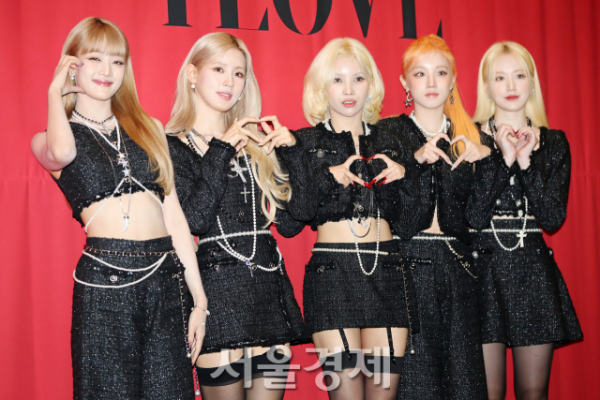 On October 11, “I Love” surpassed 700,000 copies in pre-orders. This set a new record as Cube Entertainment’s most pre-ordered album. It could potentially be the company’s bestselling album of all time, as no artists from the agency ever sold more than 500,000 copies before. “I Love” is predicted to exceed Cube Entertainment’s total consolidated sales for the first half of 2022.

On October 21, Hanteo Chart announced that “I Love” surpassed 610,000 copies sold by the fifth day of its release.

READ MORE:
6 K-pop Idols Who Wrote Songs With Other Artists in Mind