Following her recent broadcast appearance, ITZY Lia is now being suspected of recently undergoing plastic surgery after netizens noticed this.

The five idols, who hail from different K-pop generations, talked about numerous things as they drink alcohol as well. Song Mino and Yeji even revealed that the two personally knew each other even before the latter made her debut with ITZY in 2019. 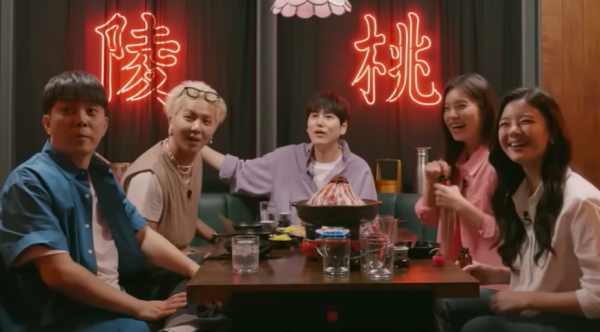 However, while many loved the interaction of the two ITZY members with the show’s cast members, member Lia has been gaining attention on online community platforms.

In particular, in a now-deleted post on the online community forum Nate Pann, it was brought to attention that Lia’s nose was seemingly different this time, leading many to speculate that the “SNEAKERS” singer had undergone plastic surgery. 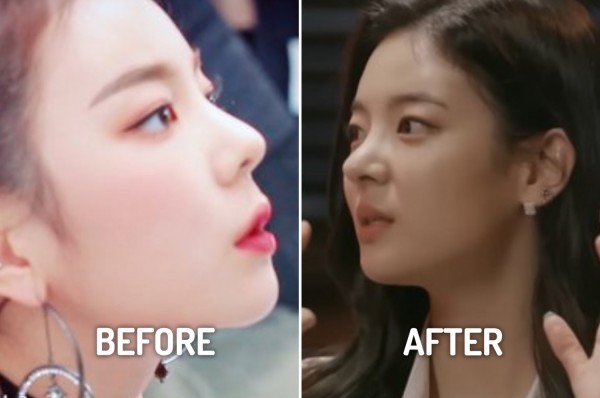 In the photos shared from before Lia and Yeji appeared on Look, My Shoulder’s Dislocated, Lia’s nose went more downwards.

However, during her appearance, netizens noticed that the height of Lia’s nose became higher, more defined, and its tip a little longer.

After seeing this, netizens couldn’t help but express mixed reactions to Lia’s supposed plastic surgery. Many have voiced out that Lia’s nose before was a lot prettier, and wondered why she decided to get plastic surgery when it seems that she didn’t need to undergo one. 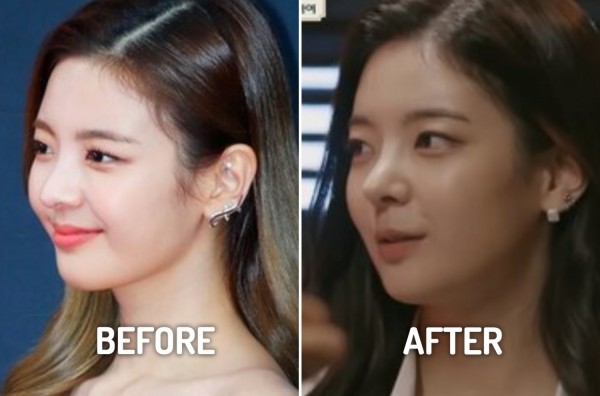 “Chaeyeong’s nose looks so natural once she did it and she got so much prettier. But why did Lia also do hers…? Her previous nose was way prettier…”

“No, but her previous nose was already pretty. Why did she get [the surgery]? I am speechless.”

“She looked more naturally pretty before.”

“I am curious. Why did she do it? Her side profile is already pretty. For me, Yeji and Lia have the two top prettiest side profiles in ITZY by my standards.”

Naturally, many have also come to Lia’s defense, and stated that it is due to the lighting and her makeup. Some also criticized others for making plastic surgery a big deal, as Lia could have done it due to medical issues, such as trouble breathing. 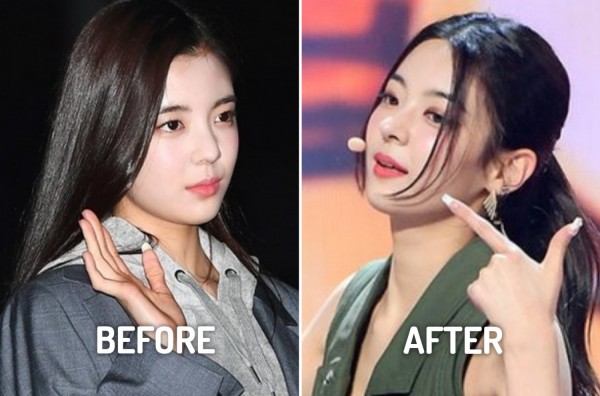 “In this world, there is such a thing as makeup. I can change the appearance of my nose with contouring techniques.”

“So? [You know] it can be for breathing issues she has. Either [way], none of this is your business. She is naturally beautiful.”

“Not a MIDZY (ITZY’s fandom), but I think it is just the same. I think the lighting in the second pic just made it kinda different, and also they are always active and [plastic surgery] takes time to heal.”

What do you think of these claims?

READ MORE:
ITZY Yuna Raises Concerns for Being 'Too Skinny' – Here's What Happened