IVE was seen on their way to the filming of “Knowing Bros” recently. Member Jang Wonyoung’s styling on this day is drawing mixed reactions. Keep on reading for all the details. 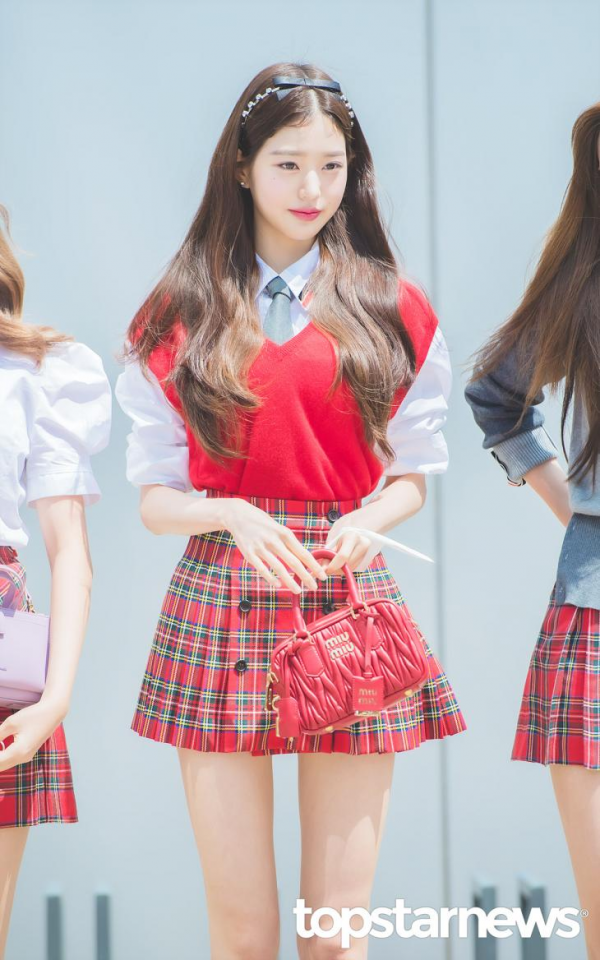 One member who caught the most attention is Jang Wonyoung. For the filming, Jang Wonyoung wore a white blouse, red vest, and black tie, paired with a matching red gingham skirt. She accessorized her outfit with a black headband and a red mini handbag. For shoes, she wore black loafers and ankle-long white socks.

The idol drew praise for her natural beauty. With her long and slender frame, many claimed she looked like a princess and a human doll. On the other hand, others complimented the idol for perfectly digesting the red school girl concept. 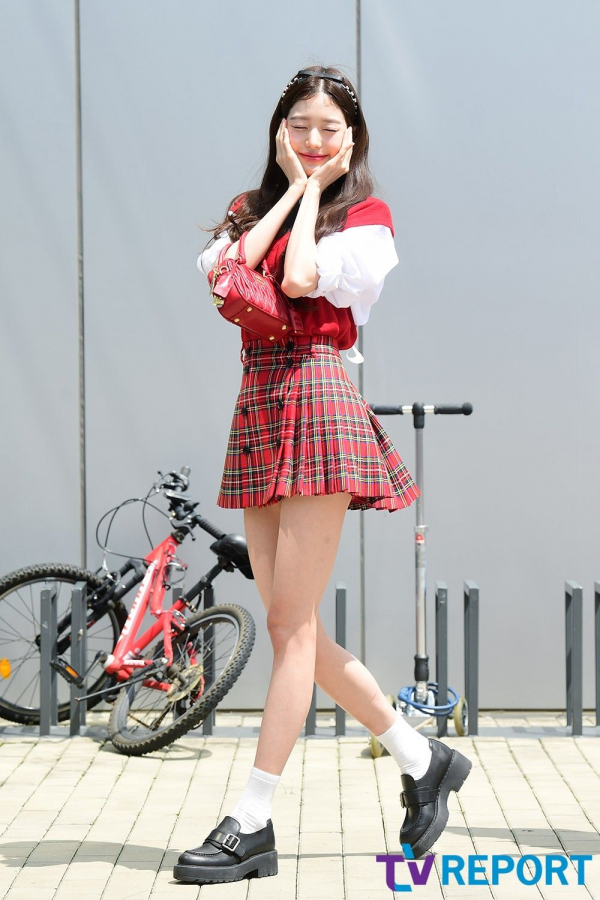 However, the idol’s make-up drew negative responses. People agreed that her natural beauty saved the look, but many were upset with how her eyebrows were styled. Many believed her eyebrows looked too thin, which offset the balance of the overall look.

Others believed her bangs were also too “old-school” for someone as fresh as Jang Wonyoung. 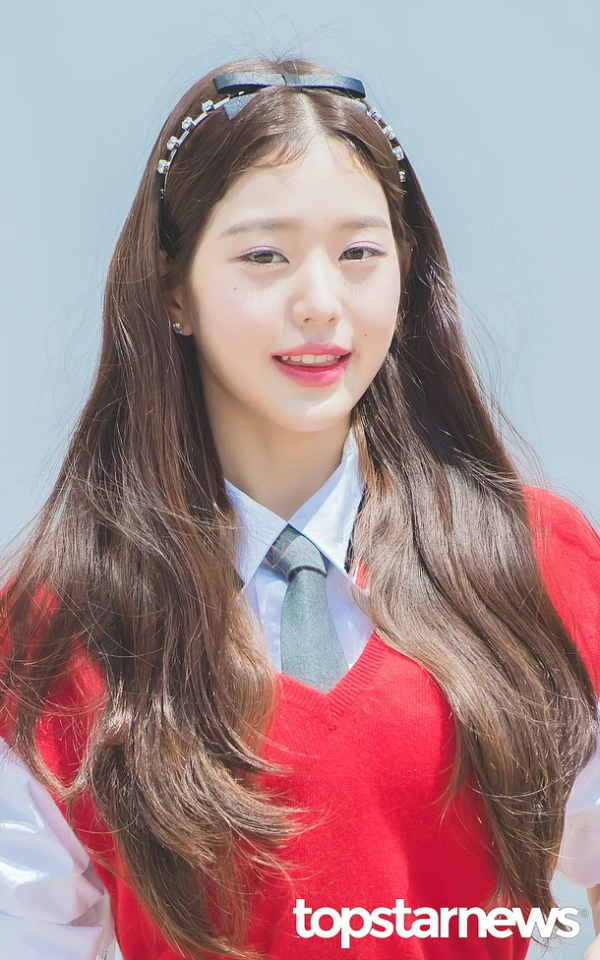 “Adorable. Jang Wonyoung always looks like a princess. But I think they drew her eyebrows thinner than usual. I hope they listen to our feedback.”

“Jang Wonyoung is so pretty. But her make-up is kinda… off.”

“They did some old iljin styling with her bangs and eyebrows. Seriously, who is in charge of her make-up?”

“What is with her eyebrows, seriously? It seems like the fans weren’t complaining about her make-up for no reason.”

On August 22, IVE will release their third single album, “After Like.”

On July 14, Starship Entertainment announced that IVE would release the Japanese version of their debut single, “ELEVEN,” sometime in the summer.

Furthermore, the mentioned song was selected as the theme song for Fuji TV’s “Virtual Adventure Island 2022.” The show will premiere on August 11.

READ MORE:
BTS knocked out the super cool picture before the comeback, fans were going to "run out of money" again