Rookie girl group IVE finally released their much-anticipated 3rd single album “After LIKE”! While all the girls are lauded for their visuals, THIS particular member seems to stand out among the rest. Can you guess who it is?

For this comeback, IVE Gaeul transformed her two-toned long hair into a blonde bob, and she is currently garnering attention for this change.

DIVEs (IVE fandom) on the platform Nate shared their opinion, saying that the blonde member’s lines and parts were also the killing part of the song.

“Twice, thrice – Don’t ask me again You know what my strength is? It’s that I’m honest.”

They also shared that they are seeing the eldest member in a new light and calling her Gaeul-sunbae (Korean work for a senior at school and university).

Many of the comments are praising her part and how she delivered it perfectly.

“For real, as soon as this part came out, I focusedㅋㅋㅋ it was so good. Gaeul’s voice fits those lyrics perfectly. I also got a heart attack from this part but seems like a lot of people didㅋㅋㅋ”

Many are liking her short blonde hair. It was a shame for them that Gaeul’s screentime and parts were limited as they wanted to see more of the idol. They think they have found another hidden gem in IVE as Gaeul really stood out.

IVE’s ‘After LIKE,’ B-Side ‘My Satisfaction’ Rank on Charts

It was then followed by IVE’s comeback showcase on OUTNOW.

IVE’s “After LIKE” also debuted at the top of the charts on different music outlets in Korea. It debuted No. 1 on Bugs, No. 7 on Genie, and No. 9 on MelOn.

Meanwhile, their b-side track “My Satisfaction” also debuted on the charts. It currently ranks 6th on Bugs right now. It is also at No. 89 on MelOn and No. 91 on Genie.

“After LIKE” is also IVE’s highest chart-topper on iTunes Worldwide Songs Chart, debuting at No. 4. It is their highest achievement on the worldwide chart.

As of this writing, IVE’s “After LIKE” has achieved new places on different Korean charts. 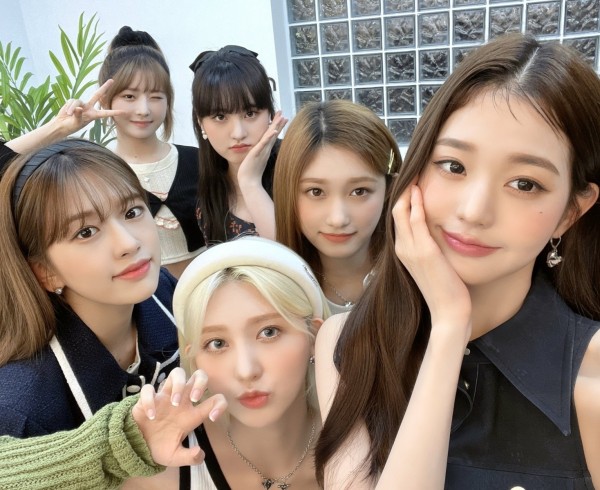 Another achievement for the group is that they surpassed the number of unique listeners on MelOn for their comeback. “After LIKE” has recorded a total of 246,349 unique streams while “LOVE DIVE” has 233,135 and “ELEVEN” has 51,402.

READ MORE:
Rosé (BLACKPINK) has released the MV "Gone", the big hit fans have been waiting for