As a solo artist, Jackson is the first Chinese solo singer to perform on the Coachella main stage. Performed in the grand finale at HITC Festival, and started to gain his popularity through various music performances across the world. His latest album “MAGIC MAN” ranked Top 15 on Billboard 200 and also ranked Top 13 on Billboard Artist 100 in 2022.

“MAGIC MAN is the ultimate form of oneself, having gone through different peaks and valleys of life to arrive at the most authentic version. Everyone is able to become their own form of MAGIC MAN. It’s not a mystery, everything is just magic,” said Jackson.

“Jackson has taken the music world by storm and AEG is thrilled to present his first ever international headline tour. Jackson’s irresistible stage presence combined with a world class production will deliver an unforgettable experience for fans,” said Adam Wilkes, President & CEO of AEG Asia.

“We are very proud to welcome and host Jackson Wang in Malaysia, curating a concert experience that is like non-other and in hopes it will leave his Malaysian fans wanting more,” said Bonor Seen, Managing Director of InTour Live.

The tour announcement follows the wildly successful sophomore album MAGIC MAN which is out now. The album features 10 tracks including the newly released “Blue” and previously released “Blow” and “Cruel,” both of which were described as having “a dark and plodding swagger” by People.

Inspired by 70s rock, MAGIC MAN is an energetic and gritty exploration of toxic love and self-discovery. The MAGIC MAN persona is truly a new horizon for Jackson, allowing him to showcase a side of him his fans have never seen. Produced by Jackson Wang, Daryl K, and Henry Cheung, MAGIC MAN finds Jackson at his most vulnerable – operating under the laws of mystery, temptation, and confusion.

As a globally acclaimed artist and a creative director, Jackson’s goal is to showcase a Chinese-influenced sound on the international music stage and highlight Chinese and Asian culture worldwide. In his ascent, Jackson has amassed over 90 million followers across socials. 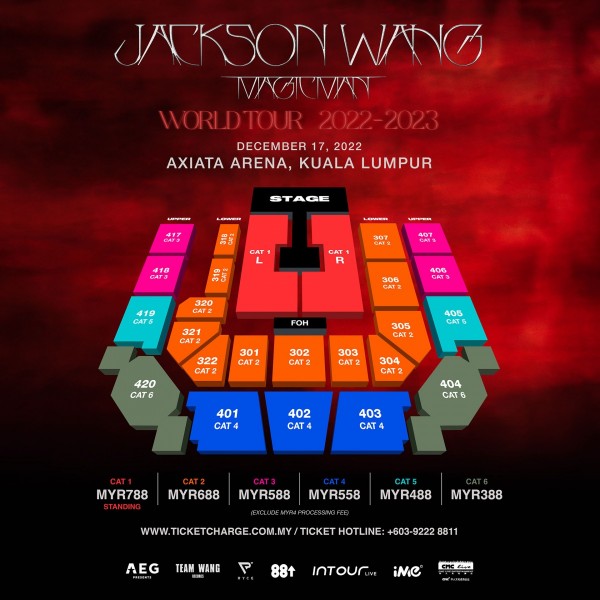 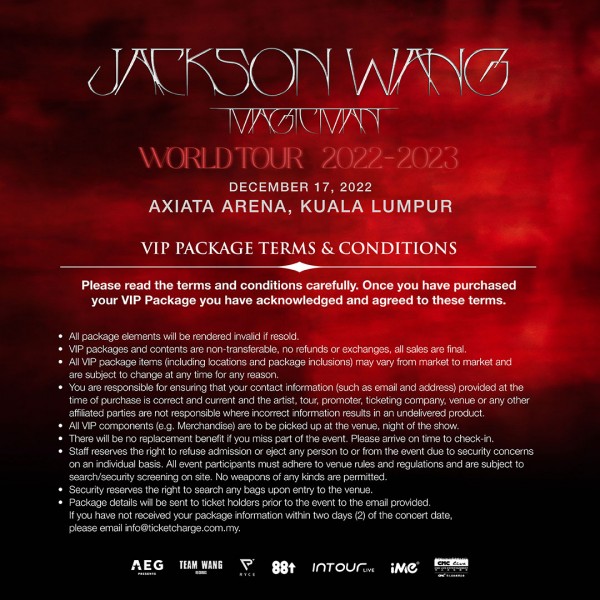 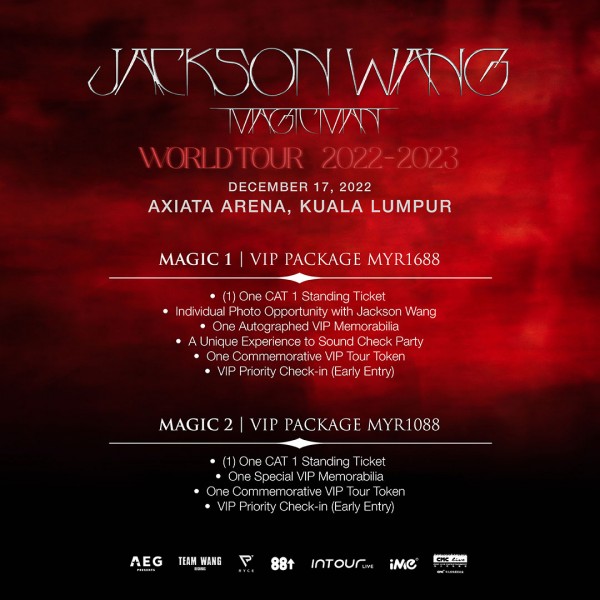