After Kim Garam’s Instagram post was made, her past conversations with Yoo Eunseo (the one who accused her of bullying) were shared online- and the two seemed to be getting along just fine. Continue reading to know how their conversation went.

On Aug. 10, Kim Garam took to her friend’s Instagram account to upload a statement, explaining her side for the first time since leaving LE SSERAFIM and Source Music. 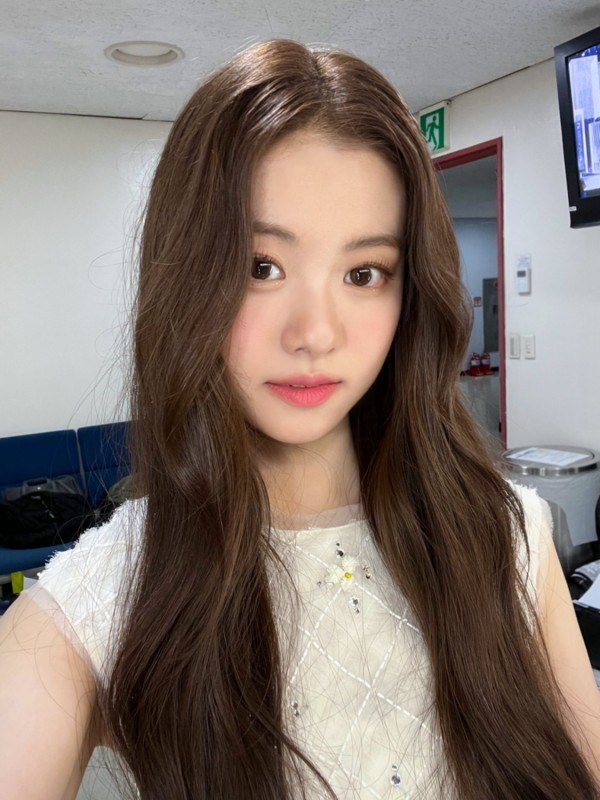 While she admitted that she cursed at Yoo Eunseo while defending a friend, she strongly stated she never inflicted violence against anyone, never been forced to transfer schools, smoked or drank alcohol, or bullied anyone.

On the 11th, HYBE responded to Kim Garam’s Instagram post through a press release. Screenshots of the former LE SSERAFIM member’s past conversations with Yoo Eunseo were also shared online on the same day, specifically on an online community and Twitter. Their conversations took place in a group chat. 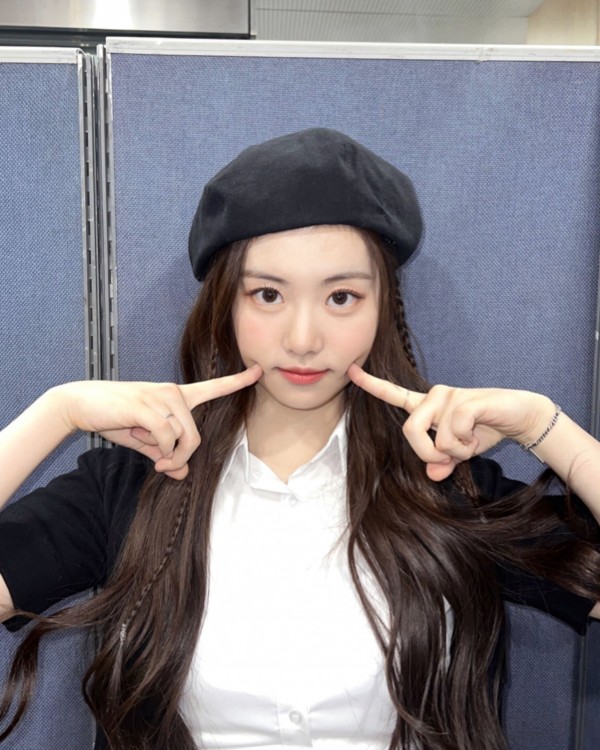 On the online forum Nate Pann, one netizen said in a post, “Once Yoo Eunseo transferred school, she resolved her misunderstandings with Kim Garam and are getting along just fine afterward haha but, Kim Garam debuted as an idol and then exposed her.” 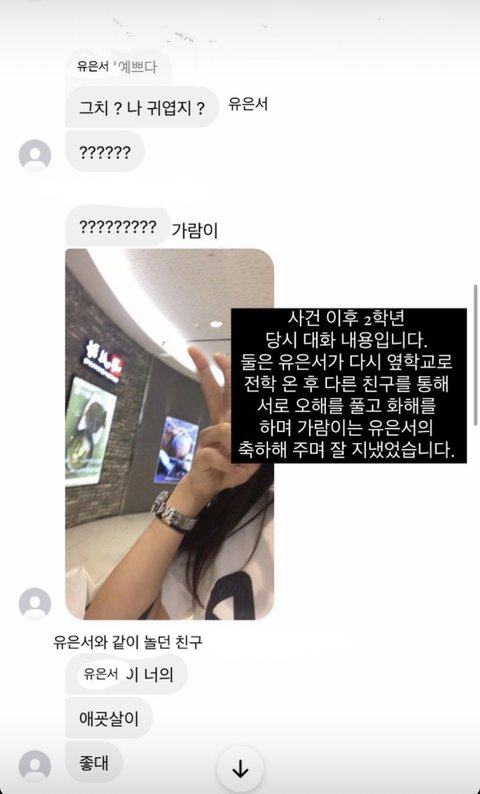 The messages in the first photo translate to:

Another friend of Yoo Eunseo: Yoo Eunseo said your aegyo is good.

The writings in the black box read, “After the incident, this is their conversation in their second year. After Yoo Eunseo transferred school, they resolved their misunderstanding through other friends and Kim Garam even congratulated Yoo Eunseo and they were getting along just fine.” 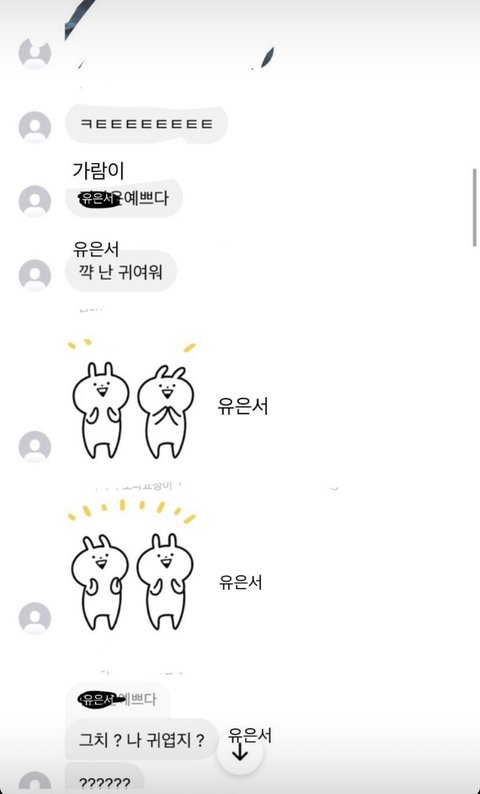 In the second picture, the conversation went: 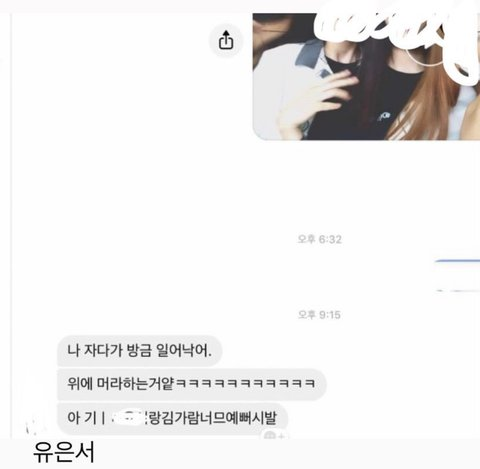 In the last screenshot (photo above), one of the members in the group chat sent a picture, and Yoo Eunseo commented, “I was sleeping and just woke up. What’s happening on top hahahaha. At that, *** and Kim Garam are too pretty.”

However, the Nate Pann post has since been deleted.

On Twitter, a few netizens shared a screenshot of a story from the Instagram account of Kim Garam’s friend. Looking at the caption, it appears like Garam was the one who made the story. 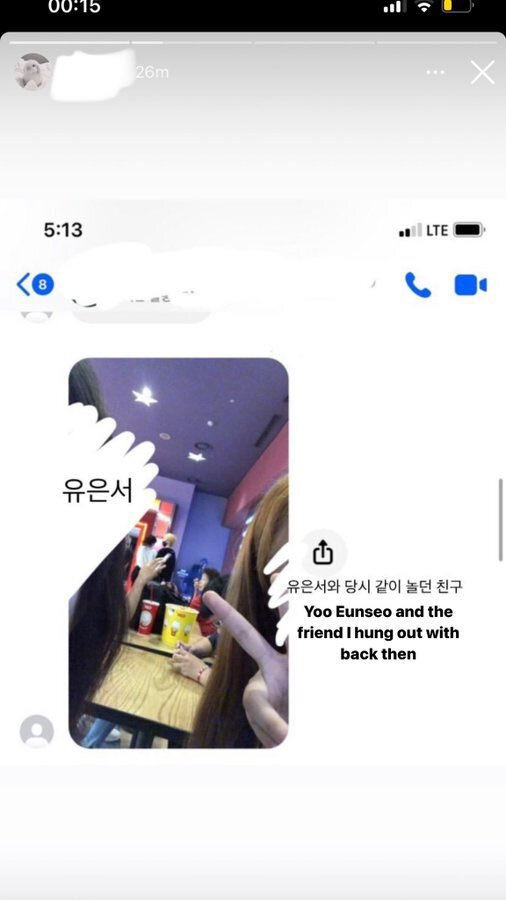 The Instagram story features a screenshot of a photo sent via a messaging app. The caption says, “Yoo Eunseo and the friend I hung out with back then.”

What are your thoughts on this? Do you think Yoo Eunseo was only pretending as a friend to Kim Garam after their argument? Leave your opinions in the comments section below!

In other news, LE SSERAFIM has recently announced the official name of their fandom.

On Aug. 7, HYBE’s new girl group uploaded an eight-second video that reveals the fanclub name. From now on, LE SSERAFIM fans will be called “FEARNOT,” which is also pronounced “피어나” (Pee-eoh-na) in Korean, which means “bloom.”

What can you say about LE SSERAFIM’s fandom name? Comment down below!