The updated “Kyuline” is officially revealed! Following SMTOWN’s concert in Tokyo, Super Junior Kyuhyun, TVXQ Changmin, SHINee Minho and NCT Doyoung shared a photo of them altogether at a drinking party. But why is EXO Suho not with them?

On August 30, NCT Kyuhyun took to his Instagram to share a photo of one of the most popular K-pop idol cliques, “Kyuline.”

In the photo, they were seen sitting beside each other: NCT Doyoung, Super Junior Kyuhyun, SHINee Minho and TVXQ Changmin, wherein the three latter are the original members of the turning 11-year group of close friends.

It was assumed that the four SM Entertainment artists met up together for an after-party of “SMTOWN Live 2022: SMCU Express@Tokyo,” held in Japan’s Tokyo Dome from August 27 to 29. 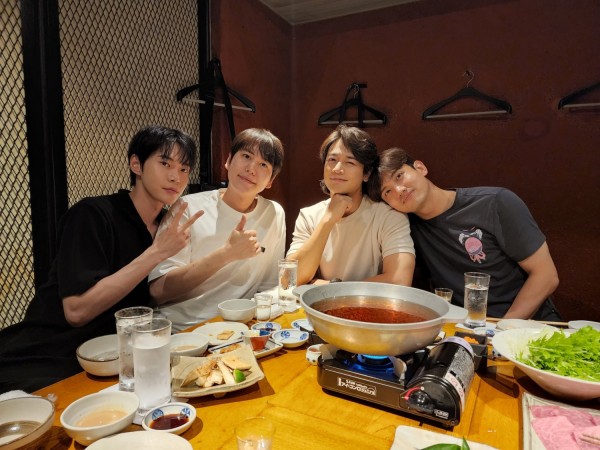 As soon as the post circulated in the online community, the male idols gained attention, particularly Doyoung, who is an added member of the “Kyuline.”

Although he’s already been a member of the clique since last year, it was the first time that a photo was shared publicly with the four of them.

As he was finally introduced as the maknae of the group, people left comments such as:

Fans Wonder Why EXO Suho Is Not Included in ‘Kyuline’ Photo

Kyuline for smtown, over the years😂

While some were delighted by the photo with NCT Doyoung, some wondered why EXO leader Suho was not with them.

In particular, aside from the OG trio, there are other members of “Kyuline” before, such as Super Junior Ryeowook and CNBLUE Jonghyun, who already “left” the group.

EXO Suho especially became known as a member of the line after their legendary cover of Girl’s Day’s “Something,” and showed more of their relationship through “Exciting India,” which aired in 2015.

for those who didn’t know: suho left kyuline because he wanted to make his own line 😅 but he’s still close with kyuline members 🫶

However in 2020 during tvN’s “Amazing Saturday,” Kyuhyun and Suho confirmed that the latter “left” “Kyuline” to form his own line.

As of present, it’s mostly comprised of his non-celebrity close friends from university and actors.

Despite this, EXO Suho attested that he’s still close with the current “Kyuline” members.

For those who are not familiar with “Kyuline,” it’s a famous clique comprised of K-pop idols who share the same interests as Kyuhyun, such as games and wine (drinking). 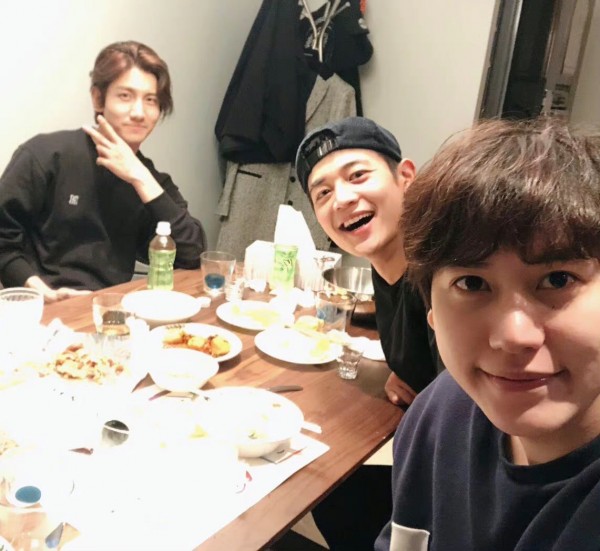 It was originally formed in 2011, and the name was derived from Kyuhyun’s name. However, TVXQChangmin is the actual leader of the line.

Most of the time, “Kyuline” members meet up to celebrate birthdays or just casually have a drinking party. Most of them have a high tolerance level for alcohol, and occasionally, they also perform onstage together, especially in SMTOWN concerts.

for those who didn't know: suho left kyuline because he wanted to make his own line 😅 but he's still close with kyuline members 🫶