Since their debut, Source Music and HYBE Labels’ girl group LE SSERAFIM has attracted the attention of the K-pop community. Along with their high level of recognition, the girl group has been embroiled in several controversies, from Kim Garam’s school violence allegations to problems with their image and vocals. 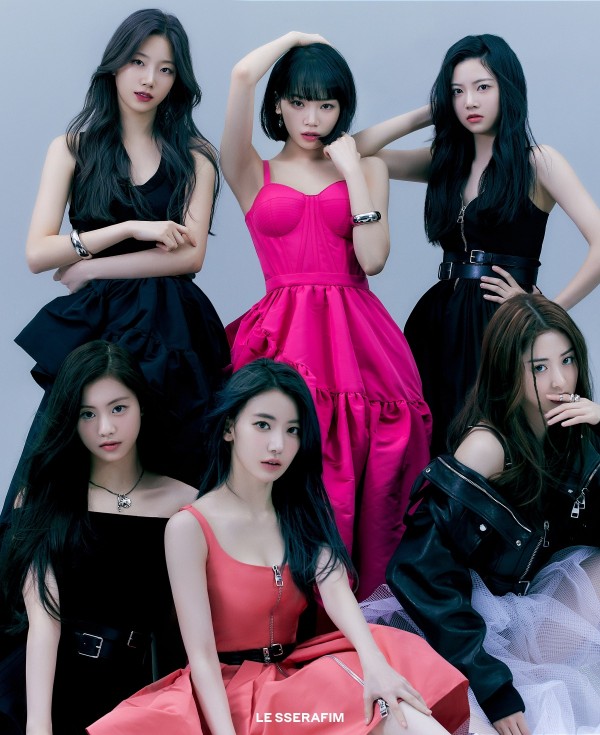 On May 13, LE SSERAFIM took home first place on “Music Bank” with “FEARLESS.” The girls performed an encore performance to thank their fans following their thank-you speech.

Following their encore stage, LE SSERAFIM was slammed with criticism concerning their weak singing and lack of energy, despite just standing still and not performing their choreography.

Specifically, Kim Garam and Kim Chaewon garnered backlash due to how soft their voices were, with some saying they were inaudible. In addition, people claimed that out of all the members, only Sakura’s singing saved LE SSERAFIM’s encore stage.

People claim the girl group’s singing is too weak, especially since they did not dance on the stage.

“I guess idols these days focus too much on their dance for their fan cams that they cannot sing anymore. They just lip sync and pretend to sing live using Live AR, trying to act pretty and cool.”

“Sounds like someone distracted while singing in a karaoke room. I thought their stage would be exciting, but it’s a letdown.”

“Someone asked, ‘Why judge them through the encore stage?’ So what should we just the on? In other performances, they aren’t singing live. For encore stages, all they have to do is stand still and sing. Is there a better place to sing live than this?”

Previously, LE SSERAFIM also won first place on “The Show.” There, they are drew mixed reviews over their live vocals during their encore stage.

What do you think of the situation? Did you enjoy LE SSERAFIM’s encore stage? Tell us in the comments below!