Even before their debut in May, LE SSERAFIM has proven its consistent rise in the music industry, recording an amazing number of 270,000 pre-orders for its debut album, “FEARLESS.”

On April 20 and 22 then, HYBE unveiled two sets of concept photos for its first girl group, LE SSERAFIM, in collaboration with Source Music. Following the post, the concept photos immediately received enthusiastic responses at home and abroad for these reasons.

The first concept photo, “Vol.1 BLACK PETROL” which ranked on Twitter’s global trend list shortly after its release on the 20th became a hot topic in online communities.

This is for the reason that it is reportedly filmed on an actual circuit (race track) to complete the racer concept of the members.

In particular, Star News revealed that HYBE especially rented a whole racing track as well as used expensive racing cars exclusively for the shoot as props. 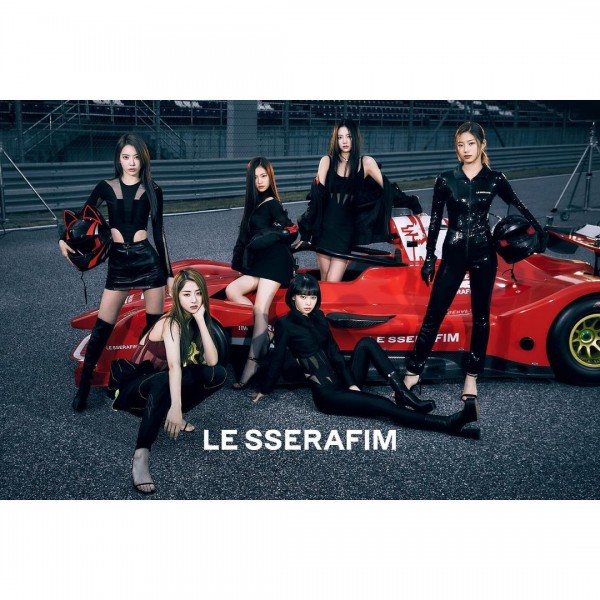 In response, internet users praised HYBE for investing more money to the group to release high-quality concepts, leaving comments such as:

The small significant details in the concept photos also drew the attention of fans. Internet users assumed that the checkered flags signal “the end of the race and marks the birth of winners.”

Fans interpreted that it means LE SSERAFIM will emerge as a “WINNER” who will dominate the K-pop girl group market. 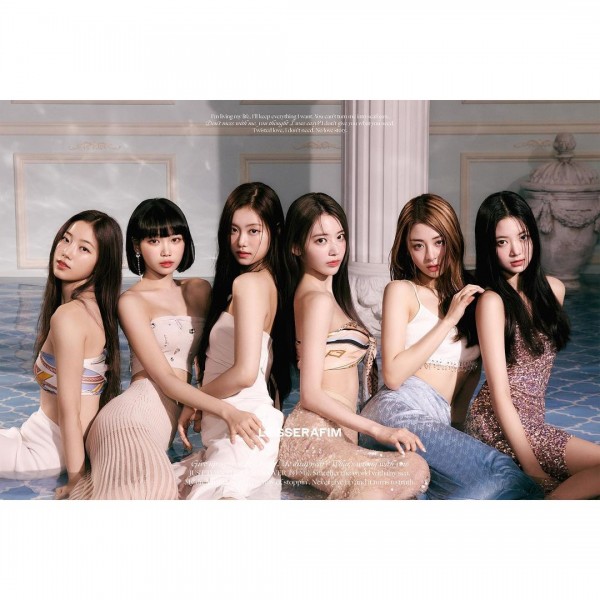 While the first concept set gained attention for its high-quality props and concept, the second concept photo, “Vol.2 BLUE CHYPRE,” which was released on the 22nd, caught attention in another aspect.

In particular, contrary to their cool and confident image in Vol.1, LE SSERAFIM showed their dreamy and visually-pleasing side following the mermaid concept.

In the photos, Kim Chaewon, Sakura, Huh Yunjin, Kazuha, Kim Garam, and Hong Eun Chae attracted praise as they showed off their beauty like the main character of the fairy tale, “The Little Mermaid.”

Fans continue to interpret various things, noting that the second concept photo is different from the content released so far. They speculated that it may have been the motif of the song on the debut album “FEARLESS.”

On the other hand, LE SSERAFIM’s debut album was produced by Bang Si Hyuk, chairman of HYBE, and Creative Director Kim Sung Hyun.

The two are the main proponents of showing the fun of album storytelling and the power of a song message in BTS. This is why more attention is drawn to the story that LE SSERAFIM will tell on their debut.