In her recent chat with fans, LOONA member Chuu may have alluded that she wasn’t informed about the group having a concert in Seoul.

In recent months, LOONA fans, Orbits, had been witnessing what appears to be a rocky relationship between member Chuu and their agency Blockberry Creative.

In fact, Blockberry Creative became involved in several controversies with Chuu, such as a lawsuit, mistreatment, excluding Chuu from the group’s activities, and more. As such, there have also been talks of Chuu preparing to leave LOONA and the agency to sign with a new one. 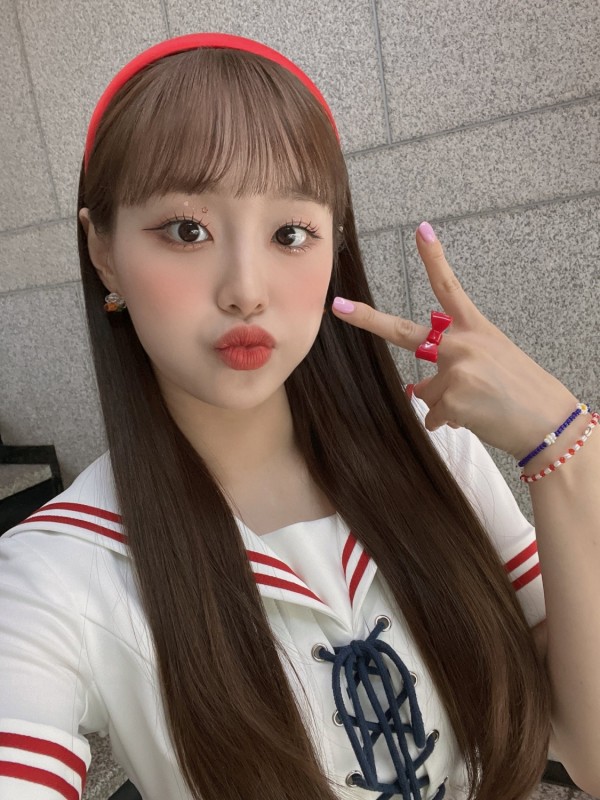 However, many fans couldn’t help but be surprised when Blockberry Creative announced that Chuu would not be participating in LOONA’s first-ever world tour LOONATHEWORLD back in June.

The agency cited that Chuu could not join as she already had a schedule of activities fixed in advance through the rest of the year, with the world tour not being one of it.

This left numerous fans angry at the agency, and wondered what their intentions were in making a member miss a very important event with the group. Not only that, but LOONA’s world tour should have been a priority in the first place given Chuu is an idol first and foremost. 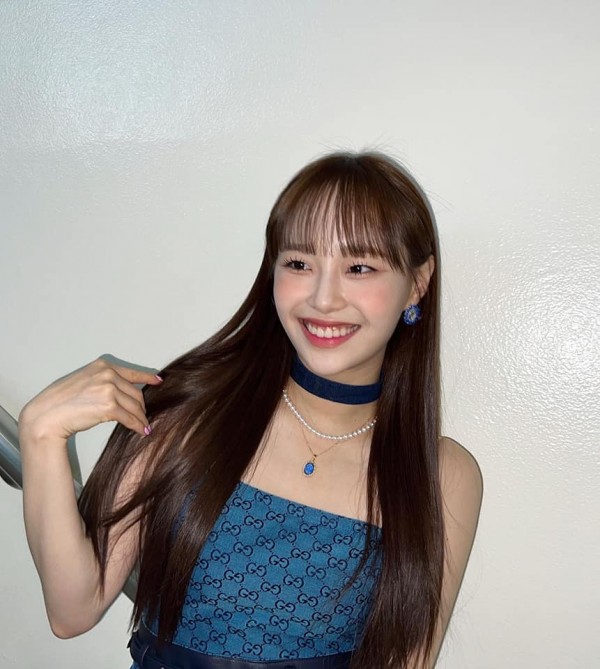 Now, on September 25, a netizen on the online community platform Nate Pann shared a a series of messages sent by Chuu on the fan messaging app Fab.

In the post, the netizen shared a screenshot of what Chuu said to fans following the announcement of LOONA’s upcoming concerts in Seoul in October.

Chuu had revealed, “They didn’t give me any notice regarding my participation in the schedule so it is a shame for me too…. I miss you a lot too,” implying that Blockberry Creative had intentionally not informed Chuu of the group’s concert.

One fan had asked Chuu to clarify if she meant that the agency really didn’t send her a notice regarding the Seoul concert, to which she confirms that Blockberry Creative did not relay the information to her.

After her messages began circulating, Chuu took to the Fab app once again to clarify her earlier statement. 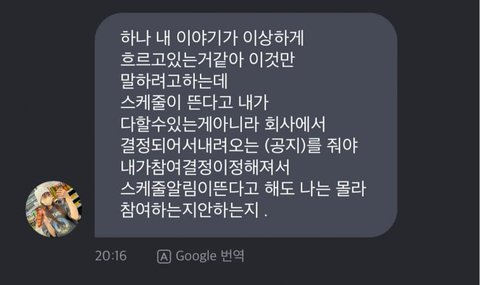 She said, “I feel like my words are getting twisted, so I am going to say something about this. I am not saying that I can attend all the schedules just because they were released. The company is the one who decides, so they need to release a notice, then we can decided whether I can participate in it or not.”

Chuu continued, “So even if we get an alarm about the schedule, I don’t know whether or not I can participate in it.”

Meanwhile, LOONA will be performing for two nights on October 15 and 16 at the SK Olympic Handball Gymnasium in Seoul.