A pop culture critic shared their views in an article on how HYBE and YG Entertainment are handling the controversial BTS V and BLACKPINK Jennie dating rumor. Here’s what the critic stated.

On September 5, pop culture critic Kim Sori expressed an opinion regarding the dating rumor of V and Jennie through the Ilyo Newspaper.

In particular, the article centered on HYBE and YG Entertainment’s “NO response” move, amid the growing romance rumors between their artists.

The sides are yet to make an official statement on the photos. However, YG, Jennie’s agency, has long taken a position on its past artists’ dating rumor that:

“It is impossible to confirm because it is a private life.”

Although some may complain that it sounds irresponsible, the pop culture critic emphasized that this can be seen as a valid response. Kim Sori said:

“It is thoroughly an area of privacy for men and women to meet, have relationships, and socialize. In addition, top stars such as V and Jennie are a ‘gap’ in their relationship with their agencies. It is also difficult to urge them to ‘give me a position.'”

Second, the critic explained that such a “NO response” step is also a way to minimize the wavelength of romance rumors. If fans will react negatively to it, the fans who will feel “betrayed” will be a huge loss for both the stars and agencies.

“There is a big gap between dating rumors and official recognition of a romantic relationship. This is because the star’s confession comes as a big shock to fans who believe that ‘It won’t be.’ So these days, there is a growing atmosphere that it is a wise judgment not to make an official position on dating in terms of respect for privacy.” 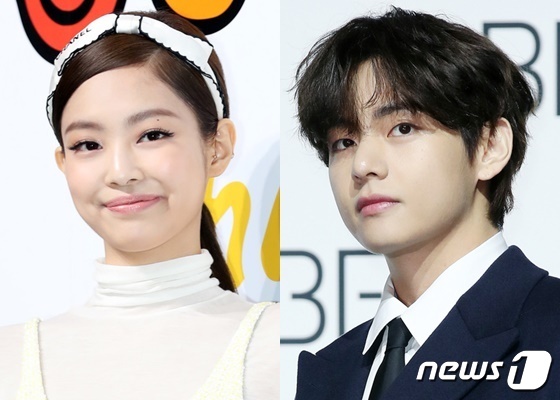 It was further explained that dating confirmation will become “tiring” in the future since every move of the couple becomes a media and public concern.

“One small act often links the two. In addition, when news of the two is scarce, there is an article suspicious of the breakup. In fact, if you break up, articles about breaking up are pouring out and attracting public attention once again. In this process, the image is damaged considerably.”

Lastly, Kim Sori also conveyed the reason HYBE and YG didn’t make a hasty denial. This is because it can also cause anger. If they will claim that the dating rumor is “groundless,” but later on evidence comes out, this will lead to more backlash.

Amid the dating rumors, internet users suddenly uploaded more photos claiming that Jennie and V are indeed dating. However, the concerns grew bigger after the photos were said not to be “edited,” but were retrieved due to illegal hacking.

“If A’s claim is true, it is likely to be an illegal hacking. If so, it can be said to be an area of crime, not just photo leakage. This means that two people have to report to the police.

But this is not easy either. This is because the moment the two ask the police to investigate, the photos can be read as admitting themselves as ‘facts.'”