After an alleged photo of the two was leaked a few days ago, a new photo of V and Jennie at the BTS member’s house has surfaced.

Since May of this year, BTS V and BLACKPINK Jennie have been entangled in dating rumors following an alleged photo of the two in Jeju Island was shared online. As their respective labels Big Hit Music and YG Entertainment neither addressed the dating rumor, the nature of their relationship remained unclear.

On August 23, V and Jennie’s dating rumors were once again reignited after a new alleged photo of the two idols was leaked online. Again, neither V or Jennie’s labels addressed the rumors

Now, on August 25, a new alleged photo of the two is once again making its waves across social media platforms.

In the new photo leaked by Twitter user @gurumharibo, the same user who V and Jennie’s previous photo, the two idols can be seen wearing comfortable clothing as they don a simple white shirt and loose-fitting pants. 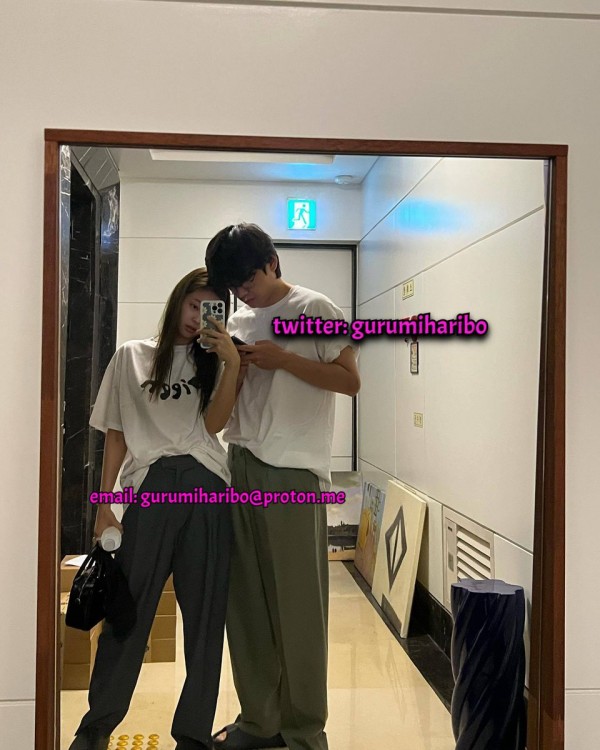 (Photo : Twitter: @gurumharibo)
New alleged photo of V and Jennie in his house

In particular, V and Jennie took the photo in front of a full-body mirror, which is often seen in many of V’s Instagram photos. Thus, the location of where this photo as taken was identified as V’s home, specifically at the entrance.

When the latest photo of V and Jennie was shared, the Twitter user also implied that the photos were leaked by Jennie’s friend, as the photos were presumably only sent to close friends of hers. 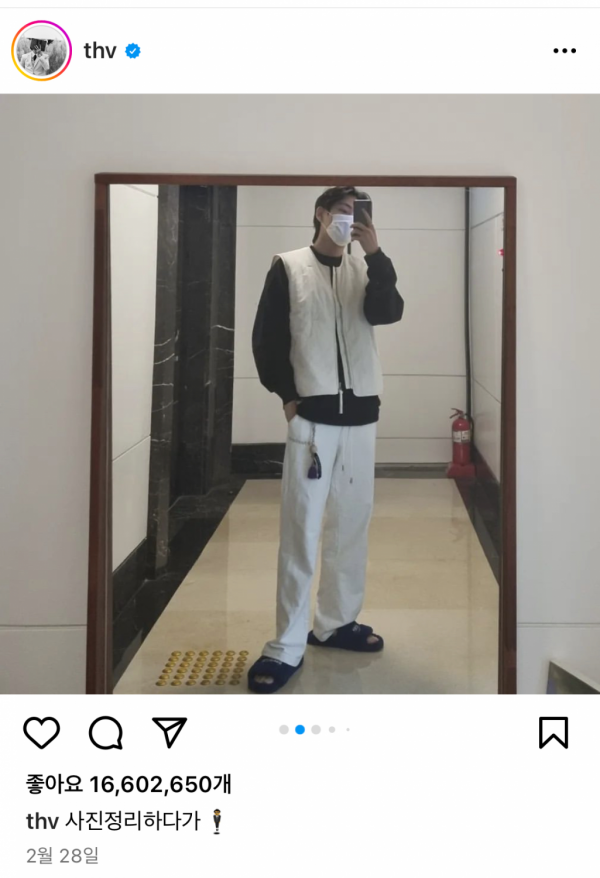 (Photo : Instagram: @thv)
V takes a photo in his home

Not only that, but @gurumharibo interestingly mentions the name Lee Joo Hyung (이주형), leading many to speculate that this is the friend in question who has been leaking the photos.

After the latest photo of the BTS and BLACKPINK member was shared, netizens have expressed divided reactions.

Naturally, many are still wondering how authentic these photos are. However, many are more concerned regarding the two idols’ privacy suddenly being easily violated as more photos of them are getting leaked.

“At this rate, I am less shocked about seeing their pictures together than seeing people actually finding them and exposing them. This is just scary… Why are people like that? Are they mentally deranged?”

“How are people finding those pictures?”

“At this rate, I think it is Jennie’s iCloud that got exposed.”

“No, but their relationship aside, isn’t this so scary? Whoever is planning to leak a photo once a day… Seriously are they planning to release everything in their phones? What to do…”

“Jennie is the one holding the camera… even if it is a private account, I don’t think that she would release it there either. So maybe it is her iCloud that got hacked? If we want to catch that hacker, they need to acknowledge the relationship so that they can make a report about it and punish them. I have been waiting for BLACKPINK’s comeback, this f*cking hacker is f*cking toxic.”

What are your thoughts on V and Jennies new alleged photos?