The leaker of BLACKPINK Jennie and BTS V’s dating photos shocked the internet when he leaked a picture of Jisoo before she posted it on her Instagram. There are several reasons why it is shocking. Keep on reading for all the details.

On September 28, Gurumi Haribo, the netizen who leaked dating photos of BLACKPINK Jennie and BTS V, recently leaked a new image on his Telegram group. This time, this leaker posted a never-before-seen picture of BLACKPINK Jisoo.

Along with the photo, he sent a message that read.

“Hey everyone, I know that many of you doubt me, and wild rumors are everywhere. I have been told that Jisoo is somebody who knows the truth and is an honest and kind person. She is not involved in with Taehyung in any kind. However, she may help us to see the truth.

So please Jisoo, if you get this message, please post this unseen picture as a sign that you know Jennie and Taehyung are hanging out and you (among others) can not speak about this. Thank you.”

Hours later, Jisoo took to her Instagram to share photos of herself at the Dior fashion show in Paris Fashion Week. One of the photos she uploaded is the one Gurumiharibo leaked beforehand. 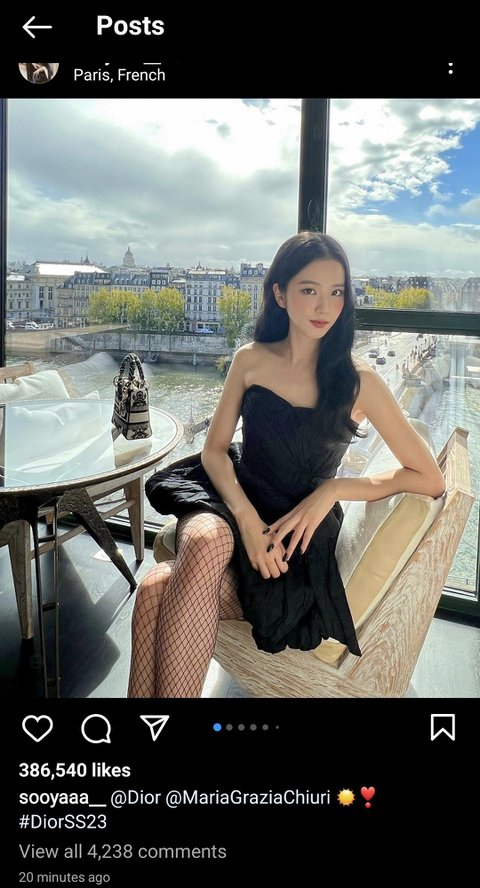 After Jisoo uploaded her Instagram post, the leaker took to his Telegram group once more. He sent a message that reads,

“Thanks Jisoo! Everything that I post is the truth. Now wait until we find out about The ‘The Idol’ Dyanne.” 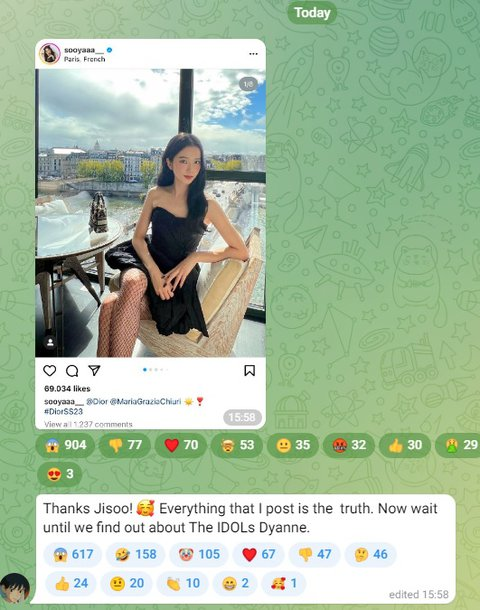 Previously, Gurumiharibo revealed that Jennie’s character in “The Idol” is named Dyanne. He claimed he got this information from Jennie herself.

How are People Reacting to the BLACKPINK Jisoo Photo Leak?

“So they are a staff member. They leaked the photo the company sent them to upload.”

“They either work at YG Entertainment or is someone close to them.”

“Is YG the culprit?”

“I think it is true an employee leaked the picture. This is crazy.”

“Then there is someone inside YG who is backstabbing Jennie.”

“Seems like the hacker really works at YG. They want to catch V.”

What do you think of the situation? Tell us in the comments below.