The poster who shared the viral photo of BTS member V and BLACKPINK member Jennie claims they did not know the people’s identities in the image. Keep on reading for all the details.

On the evening of May 24, the user who first shared the now-viral photo of BTS’s V and BLACKPINK’s Jennie deleted the controversial post from their Instagram.

When the poster was asked if the people in the photo were actually V and Jennie, the poster replied, “I am not sure, actually. I never wrote that it was Jennie and V when I uploaded the photo. I deleted it right away because it seems to have sparked a huge problem.” 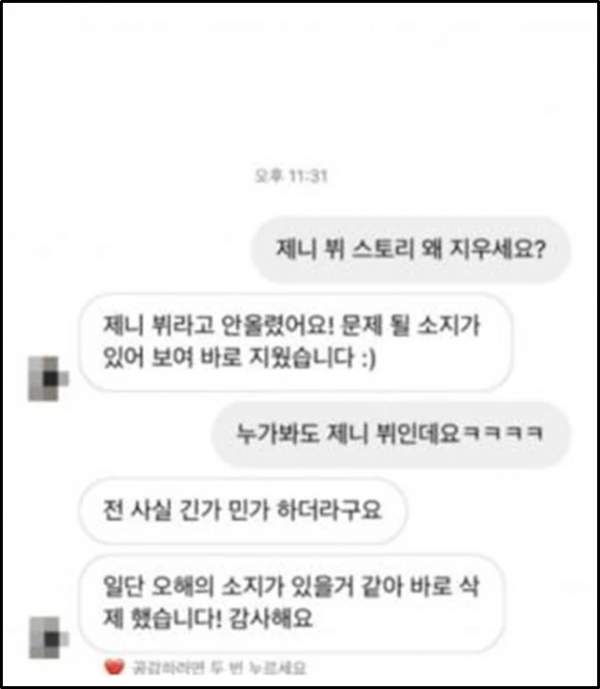 The poster’s explanation was spread to various South Korean online community forums. Internet users expressed their frustrations on the forums. They claimed that the poster had no reason to share the image online if they did not know the people’s identities.

Previously, the post shared the controversial photo to their Instagram account with the caption, “Today’s hot picture.” The photo shows a man and a woman sitting together in a car, both wearing sunglasses. 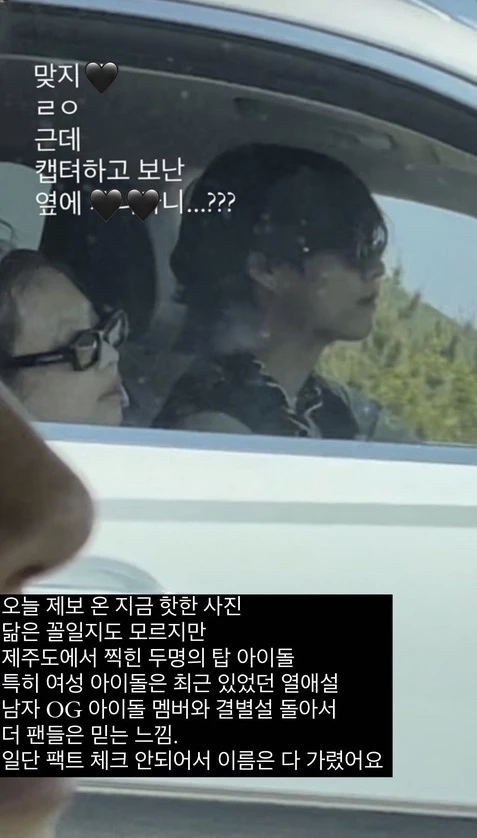 Internet users speculated that the photo was of BTS’s V and BLACKPINK’s Jennie based on their facial features.

Since both idols shared photos of their trip to Jeju Island on social media not long ago, rumors that the two were in a romantic relationship surfaced and became a hot topic on the internet.

V and Jennie’s agencies – BIGHIT MUSIC and YG Entertainment – have not confirmed nor denied the relationship.

While Jennie is currently embroiled in dating rumors with V, the “SOLO” songstress is also wrapped in break-up rumors with BIGBANG member G-Dragon.

Dispatch first announced that the two were dating on February 24, 2021. Following the exclusive report, YG Entertainment neither confirmed nor denied their relationship, saying it was the artists’ private lives. 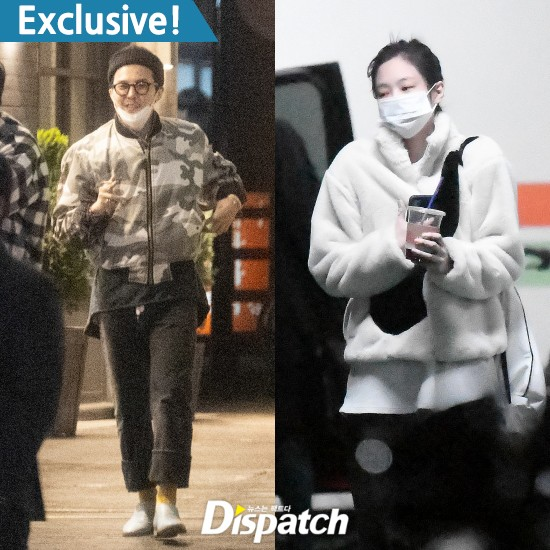 Though it was never confirmed, many believed they were dating. This is because G-Dragon was spotted wearing a “J” bracelet and shared an Instagram post with Jennie’s photo in the background. Meanwhile, Jennie was seen wearing several pieces from PEACEMINUSONE, G-Dragon’s fashion label.

However, in May 2022, it was speculated the two broke up after G-Dragon unfollowed both of Jennie’s accounts from the PEACEMINUSONE Instagram account. G-Dragon’s sister, Kwon Da Mi, also unfollowed Jennie. 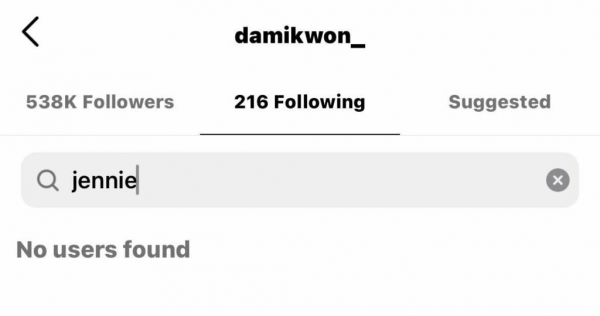 It is not confirmed if the two stars dated nor broke up.