After being entangled in another alleged power abuse controversy, a reporter speaks up and shares the truth about Red Velvet Irene. Want to know what he had to say? Keep on reading to know more.

Back on July 29, Red Velvet member Irene became entangled once again in power abuse claims after a photo of her and her staff members at the airport circulated online. Irene was previously involved in a power abuse controversy after reportedly mistreating and lashing out at a fashion editor, to which she later admitted and apologized.

Now, in light of Irene filming her trip to Bali, Indonesia, with the staff members who are close to her for the reality program “Irene’s Work & Holiday,” the Red Velvet member is accused of abusing her power after a photo of her with only one shoulder bag. In contrast, her staff member pushed a cart full of luggage drew attention. 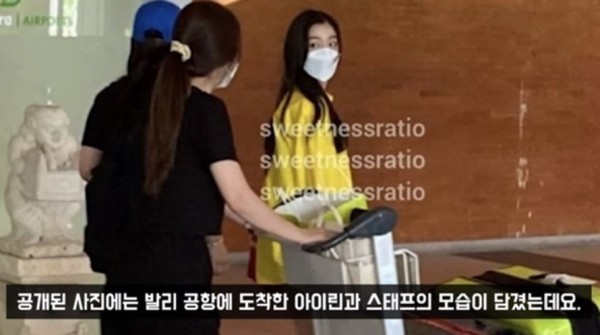 As the controversy reignited, Youtuber and former entertainment reporter Lee Jin Ho shared a new video on his Youtube channel on August 1.

In this video, Lee Jin Ho, who had pointed out Irene’s past controversy, claimed that it is impossible to judge Irene’s alleged power abuse with just one photo. In fact, he details how Irene had to film her reality show immediately after arriving at the airport and that pushing luggage while holding a camera would be difficult.

“It is impossible to judge [Irene] with just one photo. So, I looked up all of the photos and videos were taken at the airport. In conclusion, it is difficult to say that Irene is abusing her power. There were even many actions that can be considered good stories for her,” Lee Jin Ho said. He added that Irene was signing autographs for the local fans one by one despite her manager trying to stop her from doing so. 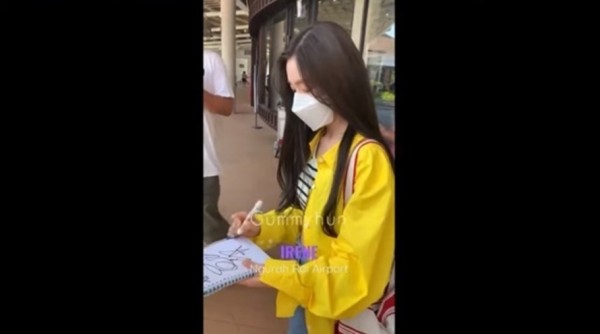 He added, “Right after arriving at the airport, Irene started filming the reality show. It was difficult for Irene to push the luggage herself because she was in the middle of filming.”

Lee Jin Ho then reminds everyone that in South Korea, most celebrities would leave the airport with a small suitcase or bag, in case they need to stop to take a photo or if fans flock to the airport. Because if celebrities carry larger luggage or bags, it can increase the possibility of them getting into an accident with the fans.

Irene Was Reportedly Carrying Her Own Bags at Airport

“Irene’s filming in Bali had received much attention in the local area. Even after she arrived in Bali, Irene’s every move was captured by fans’ cameras. According to the photos and videos taken by fans, Irene was carrying her own bag throughout her time there. She also went shopping while pushing the cart herself at the mart,” the reporter said. 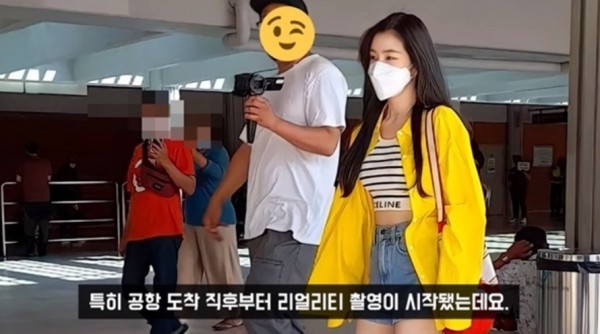 He said that the circumstances of this controversy would most likely be captured on camera by her production team. When her reality show airs, everything will be revealed as a misunderstanding.

And with Irene’s past power abuse controversy, she is likely more conscious of her actions around staff members now.

Meanwhile, “Irene’s Work & Holiday” is set to premiere on August 4 on the platform Seezn.