After two years, PSY finally reveals how his iconic photos with BTS member V came to be!

PSY Reveals the Story Behind His Iconic Photos With BTS V

Back in September 2020, unsuspecting fans of both PSY and BTS were surprised when photos of the “Gangnam Style” hitmaker and BTS member V, also known as Kim Taehyung, suddenly surfaced on various social media.

The photos, which were originally shared by PSY himself, features him and V hugging each other while smiling wide for the cameras. They showed off their close relationship. The photos were also accompanied by the captions “Me & V” and “1231 & 1230,” with the latter referring to their birthdays.

After the photos went viral, fans immediately suspected that the two were collaborating for a new song. However, two years later, there has been no collaboration release from the two, and fans are left wondering how PSY and V meeting each other came to be. 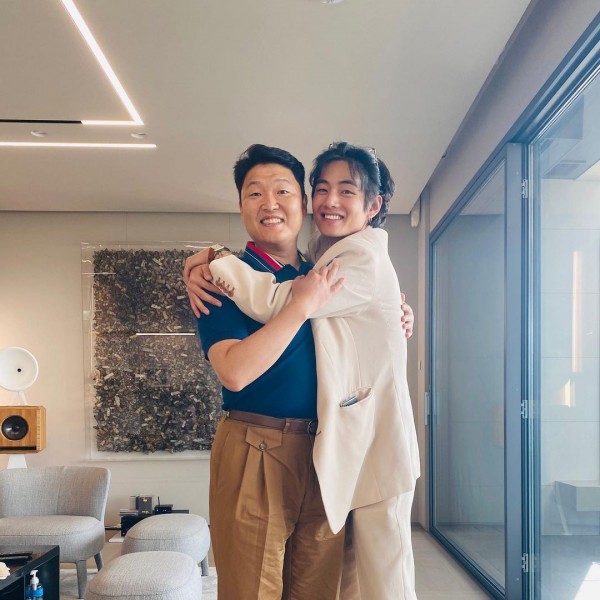 Back on May 3, PSY spoke with Billboard for his latest album “PSY 9th,” where he finally revealed the story behind how his iconic photo with V.

In his interview, PSY explained that he and V were able to connect with each other when the young idol was hanging out with a good friend of PSY’s. They ended up talking to each other on the phone where V revealed he wanted to ask PSY a lot of things, especially as the BTS members were struggling with their sudden popularity around the world.

“One time [V] was with someone who was a good friend of mine and passed the phone so we talked,” PSY explained. 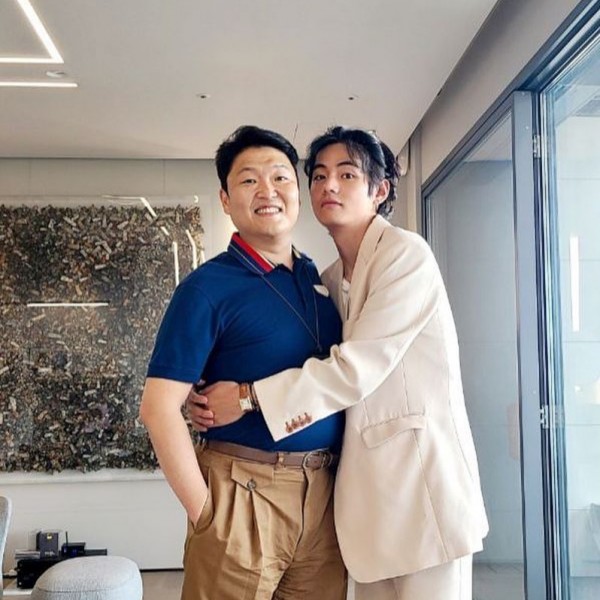 He added, “He said, ‘I really wanted to ask you a lot of things,’ so I was like, ‘Hey, come to my office sometime, let’s talk.’ We talked a lot about things like when they do something good and are not satisfied with something; they barely have anyone to ask about that.”

PSY also revealed that when BTS first started experiencing things globally, Suga had mentioned to him how he and his members would talk to each other and wonder if they should call PSY to ask for mentorship.

“When they first experienced things, Suga was saying he and his members were talking to each other like, ‘Hey, should we call PSY [about] how to handle this kind of thing, mentally?’ They were so not sure what they should do,” PSY said. 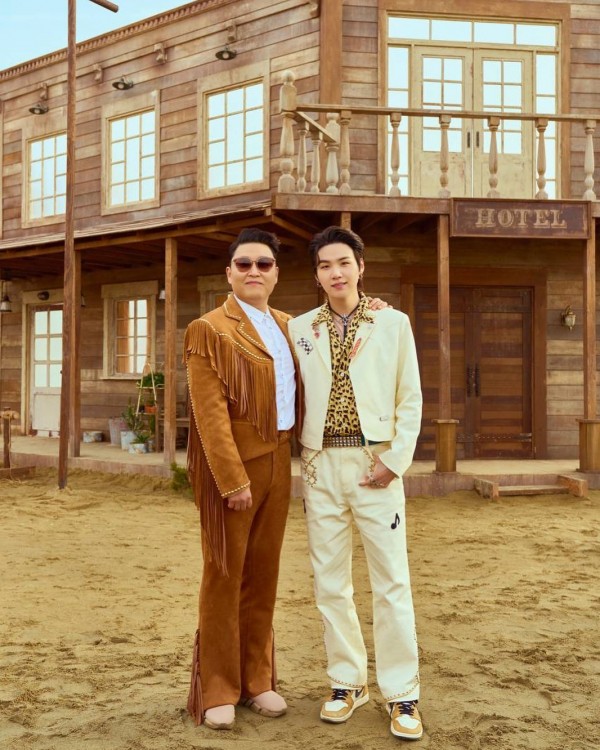 Eventually, that led to a mentorship and friendship between PSY and the BTS members.

Choosing PSY as someone to talk to felt right for the BTS members, given that PSY is considered the Korean artist who paved the way for K-Pop to enter the Western global market after his song “Gangnam Style” became a major hit globally.