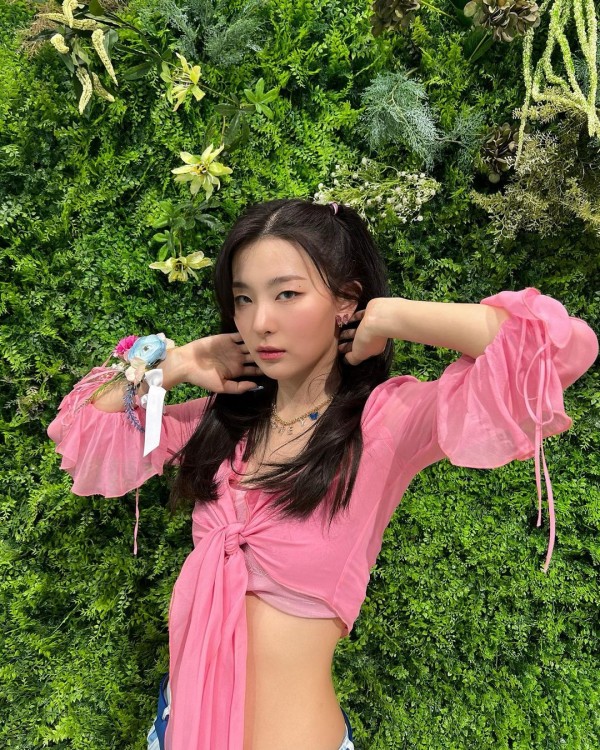 On May 27, Red Velvet’s stage became the main highlight of the Korea University Festival. The “best idol group alive” set the stage on fire with their passionate performance which ran for about 36 minutes.

Aside from their sizzling energy while dancing and singing, the students also responded with enthusiastic cheers for their stunning visuals, wearing white and red tone outfits, the festival’s theme.

This is because Seulgi showed an “accidental” underboob fashion. It’s a style that shows off the bottom part of the chest. In the K-pop scene, BLACKPINK Jennie, HyunA, LE SSERAFIM Chaewon, BIBI and more are some of the female idols who rocked this trend.

As soon as the clip drew attention online, K-pop fans praised Seulgi, who looks stunning in her alleged underboob fashion outfit. During the stage, the female idol showed off her beauty in Horoscopez Dreamy Chiffon Blouse, partnered with a white crop top as an inside layer.

In the video, Seulgi who danced passionately on stage exposed her lower chest whenever she was doing big choreographs. 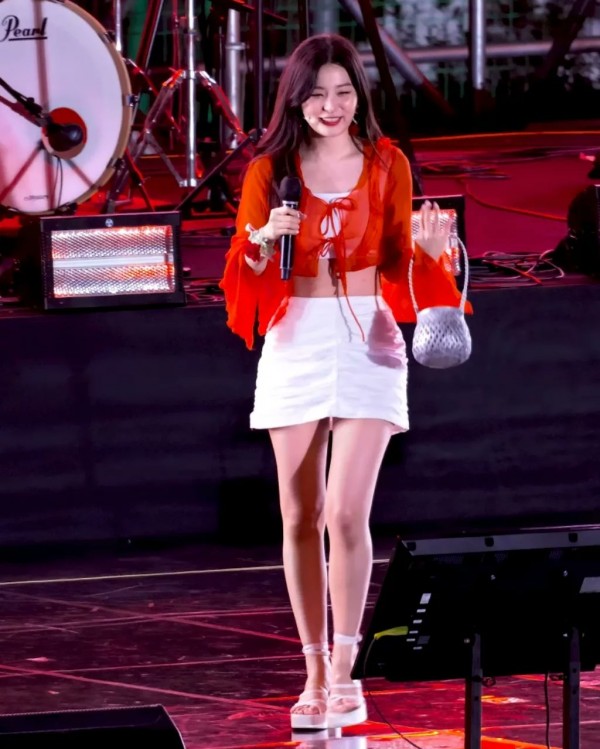 However, looking at the clip, some internet users claimed that the “underboob fashion” is actually a wardrobe malfunction, as the “Feel My Rhythm” star was seen covering her chest part multiple times. Although the dreamy blouse was supposed to be an outer layer for a bikini top, the crop top Seulgi wore wasn’t supposed to be an underboob outfit.

Despite this, Seulgi only focused on the choreography and other members also enjoyed the stage with the students.

On the other hand, Seulgi continues to attract K-pop enthusiasts’ attention for her visuals. In a pictorial for “W” Korea magazine, the “Queendom” singer showed romantic and intense contrasting charms released on May 25.

In her photos, Seulgi on the cover caught the eye of fans by wearing Italian-inspired outfits and makeup, completely digesting Dolce & Gabbana 2022 Pre-Fall collection, Capri, and Blue Mediterraneo.

Meanwhile, the photo shoot is for the Italian luxury fashion house Dolce & Gabbana that released a special edition pictorial of the Double U Korea Seoul Jazz Festival with Red Velvet Seulgi.