Red Velvet Seulgi revealed that she had wanted to get double eyelids in the past for this reason.

Recently on November 7, the Youtube variety program Yongjin’s Health Center shared a new episode with the title “Really… I am stopping you because I am worried! No mention of KwakTube anywhere!!” In this episode, Red Velvet member Seulgi made a guest appearance on the show.

The show is hosted by comedian Lee Yong Jin, alongside Street Woman Fighter star Gabee. In particular, the two hosts expressed their disappointment with the Red Velvet member for having come as a guest on the show rather late.

The hosts said, “We are a little disappointed. You are only here with us after appearing on the Neighborhood Star K2 and Unnies With No Taste.” 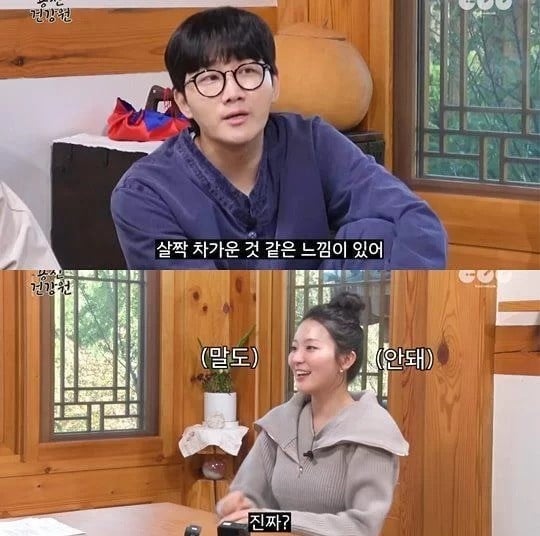 Hearing this, Seulgi responds wittily by saying she is the type of celebrity who is hard to cast, so that the hosts can treat her well when she appears on the show.

“I am the type that makes it hard [for entertainment shows], so I think you two will treat me well and comfortably,” Seulgi said.

In response, Lee Yong Jin drew laughter by telling Seulgi, “Then, everyone in front must have been uncomfortable for you.” 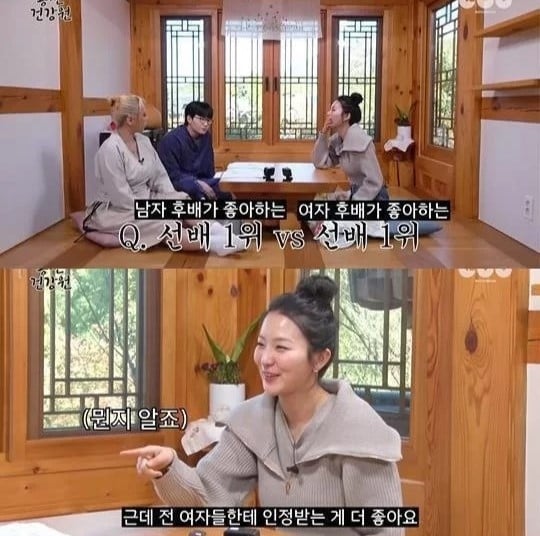 Lee Yong Jin also mentioned how female idol juniors like Seulgi a lot, to which Gabee stated, “She really has the vibe that women really like.”

The male MC then added, “I feel that you are a little too cold for men to approach you. It feels like you are putting up an iron wall.”

Upon hearing this, Seulgi expressed her surprise, and shares that she was very hard to approach when she was young due to her past experience. 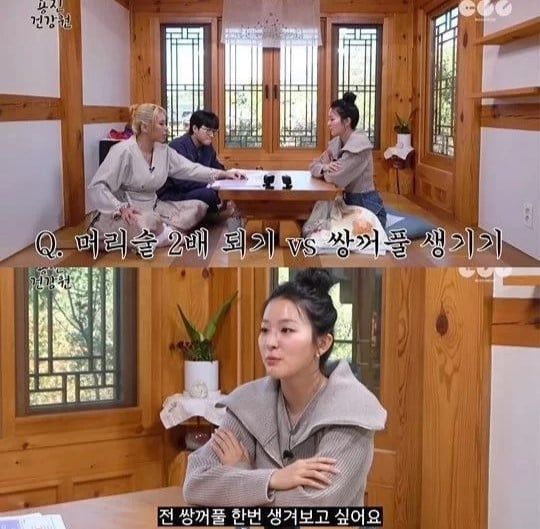 “Really? [Actually,] when I was young, I was very hard to approach. When I was a trainee, when the guys would play pranks on me, I kept doing this,” Seulgi said.

Seulgi was then asked which she prefers to be a favorite artist of – among male juniors or female juniors. To this, Seulgi said, “I think it would be better to be recognized by [my] female juniors.

Gabee agreed with this, saying, “It feels like I am really being recognized when acknowledged by the same sex.”

Seulgi Reveals She Had Wanted Double Eyelids for This Reason

Seulgi then played the popular balance game, in which she chose among two choices which he prefers more. She was asked to choose between getting double the amount of hair on her head or get double eyelids. 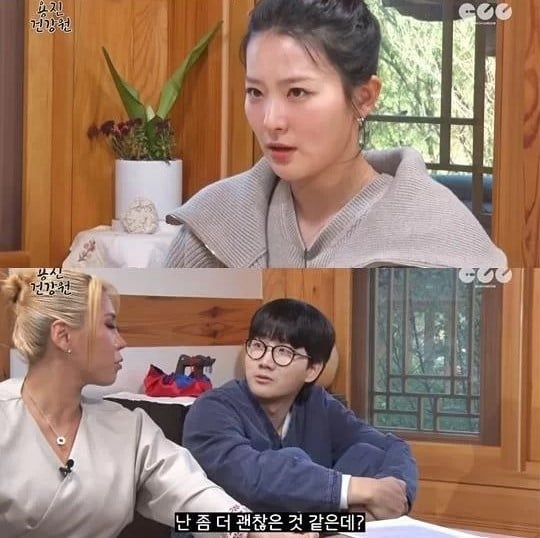 She then explained why she wanted it, saying, “When I sometimes made double eyelids like this, the world looked a little more brighter.”

Lee Yong Jin then commented after Seulgi used her hands to make double eyelids on the spot, “Wow, it feels completely different I think. I like the double eyelids better.”

While Gabee said, “I think you are prettier without it. It makes you pretty in your own way.”

Do you think Seulgi would suit having double eyelids?