As a longtime Kpop fan, you are no stranger to something called a lightstick – a “light stick” with the unique color of each fandom. Lightstick has long become a cultural feature, an indispensable image in Kpop concerts. When the artists perform, the fans below will light up the lightstick together as a form of cheering for the idol, thereby creating an extremely brilliant and majestic “ocean of light”. 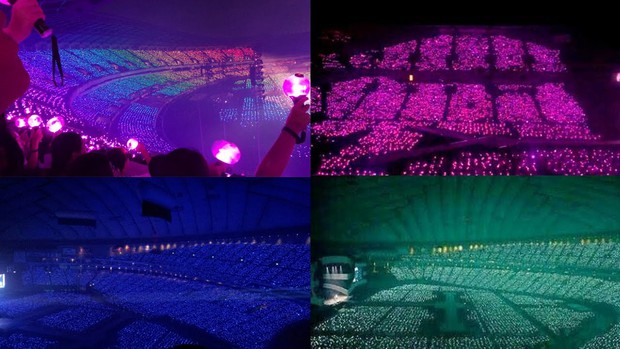 The “oceans of light” are made of lightsticks

However, when the lightstick is turned off at the same time, the whole stands below will sink into darkness, creating a terrifying silence. That’s why in some cases, lightsticks become a tool for fans to express their opposition to a K-pop artist. From there, the definition of “black ocean” was born and became the obsession of every Kpop idol, especially the names below. 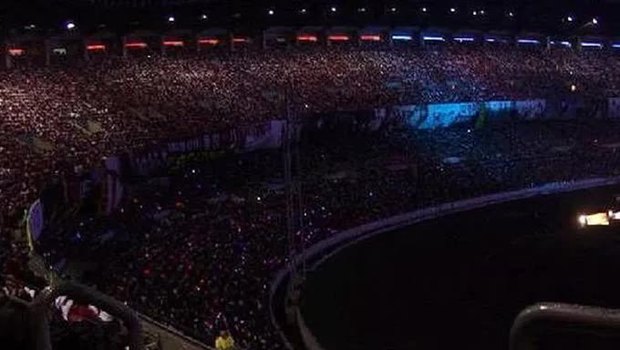 The “black sea” has long been a fear of many Kpop idols.

SNSD is probably the first Kpop group to suffer the “black sea” storm from the Kpop fan community. In 2008 at Dream Concert – the most spectacular annual concert in Korea, during the 10 minutes SNSD performed, in addition to the group’s fandom area, all other fandoms below simultaneously turned off the lightsticks, even many areas chanted. named Wonder Girls to express the boycott against the SM girl group.

The reason that the audience created this first “black sea” of Kpop is because SNSD has just debuted but has too many intimate interactions with boy groups of the same company, even the group is favored to film commercials. Communicating with seniors who already have a large fan base. Therefore, the “black sea” that year was said to be an alliance between 3 fandoms of DBSK, SS501 and Super Junior, to warn SM to soon put SNSD in the right position of a newly debuted rookie. 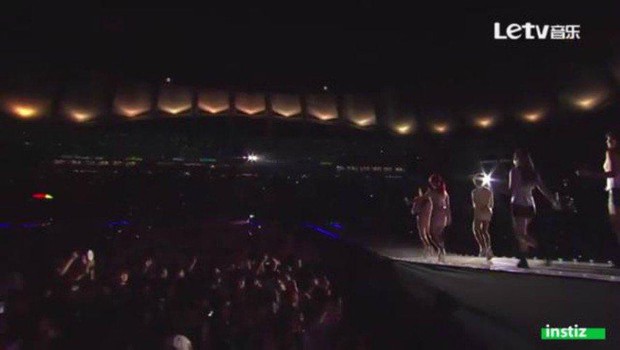 A black color covered the stands when SNSD was performing.

At the present time, SNSD has become a “monument” of Kpop’s girl group and fans are looking forward to their return in the near future. However, it can be seen that in order to achieve the current success and popularity, the group has had to go through many hardships and challenges.

SEVENTEEN is an unlucky case when not being boycotted by netizens but still suffering from the “black sea”. Specifically, when performing the song ” Mansae ” at MAMA 2015 , the camera lens panned to the audience and the audience only saw a silent black covering. Many people think that the reason is simply because the group has just debuted, so no one knows about it and the group has not released its own lightstick for the fandom.

After the show, many controversies broke out about SEVENTEEN’s “black sea”. Many fans present directly at the awards ceremony spoke out in defense of the group, confirming that many of the audience below were shouting and cheering for the group. It is not clear what the truth is, but the image of the “black sea” of the Pledis boy group has been widely spread online, becoming one of the less happy moments in SEVENTEEN’s career. 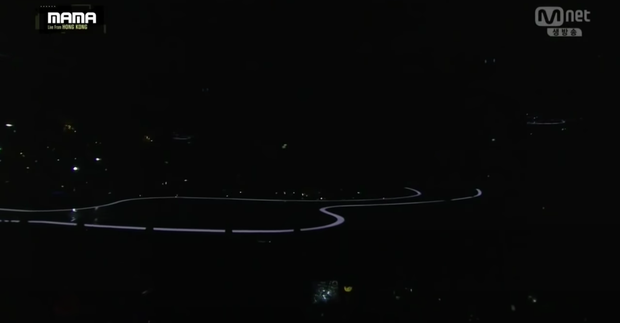 Lovelyz is probably the group that suffered the most painful “black sea” in Kpop. Specifically, in 2015, during a music concert, the group’s fans themselves called on other fandoms to boycott Lovelyz by turning off all lightsticks, creating a “black sea” of silence. After the incident, many fans of the group explained that they did this to protest that member Jisoo still appeared on stage, even though she had previously been involved in a series of gay scandals and sexual harassment. .

However, regardless of the cause, no matter which member gets into a scandal, fans have hurt all the rest of Lovelyz members by themselves. This is the saddest “black sea” event in Kpop that probably both Lovelyz and fandom will never forget.

Just like Lovelyz, T-ARA had to face the “black sea” created by their own fans. In 2012, the group was involved in a bullying scandal of former member Hwayoung, causing her to leave the group. Not only Kpop fans in general, but even T-ARA’s fandom simultaneously turned their backs on idols, causing the group’s flourishing career to suddenly plummet.

At the World Conservation Congress Celebration Concert that year, when the group was performing on stage, fans protested against Hwayoung leaving the group and boycotting T-ARA by creating a “black sea” under the stands, even many people even chanted Hwayoung’s name instead of fanchants (the fandom’s chorus of cheers).

In addition to the stage lights, the bottom is completely “silent black sea”.

At the present time, the group has been partly vindicated for the bullying scandal many years ago. However, the “black ocean” and the wave of violent boycotts from netizens every year are still a sad memory of T-ARA in particular and of the Kpop fan community in general.

It is undeniable that BTS at the moment is the most famous Kpop artist in the world and has the strongest global influence, but few people know that during their career journey, the group has also faced ” black sea” from the audience. 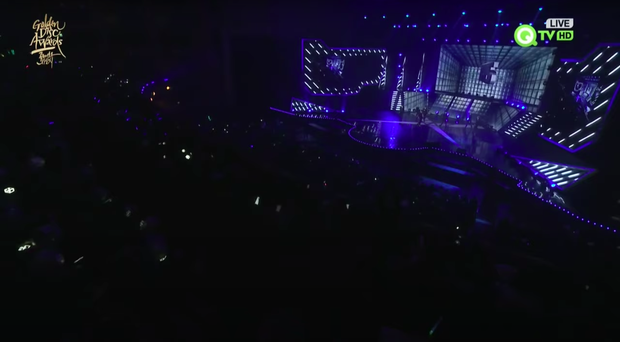 At the 2016 Golden Disk Awards , there was a “black sea of silence” incident during the performances of EXO and BTS. When two popular boy groups were performing their songs, many fan groups below simultaneously turned off their lightsticks, creating a black color covering the stands. According to some information from fans, this “black sea” stage was aimed at EXO, but unfortunately BTS performed right after that, so it was also “contaminated”. However, because there are too many EXO fans, the “black sea” has been lost and the artist has to suffer is BTS.

Although only “contaminated”, the “black sea” image of BTS is still a dark point in the group’s career that both fans and idols do not want to repeat. With the current success and the global fan base, it is certain that BTS will never have to suffer another “black sea of silence” like that again.