Heechul’s past remarks about drunk driving is being brought to light amid actress Kim Sae Ron’s DUI incident.

Recently on May 18, actress Kim Sae Ron became a trending topic after it was reported that she was booked by police for driving under the influence (DUI) and causing an accident. She is currently under investigation.

Since then, netizens have also begun talking about other celebrities who were charged with DUI in the past. However, one particular idol is once again drawing attention amid Kim Sae Ron’s DUI incident.

On the same day, Super Junior’s Heechul was once again mentioned by netizens, and a now-deleted post titled “A celebrity who disposes of his own car because he was afraid of driving under the influence of alcohol” was shared on the online community forum, The Qoo. 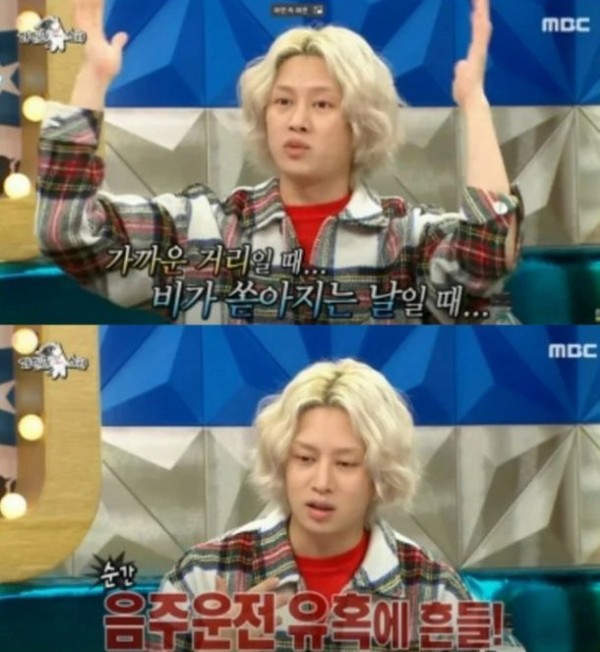 In this post, Heechul’s past guest appearance on MBC’s variety program “Radio Star” in 2020 was recalled. During his appearance, Heechul talked about his drinking habits.

In the episode, Heechul shares how he likes to drink, and often times can’t book a designated driver to take him home. However, he was able to resist the temptation of drunk driving.

“I really like drinking, but there are times when I can’t hire a designated driver. If it is a close distance and when it rains, designated drivers don’t show up. As a human being, sometimes I think, ‘It is close by and it is right there, should I just drive over?'” Heechul said. 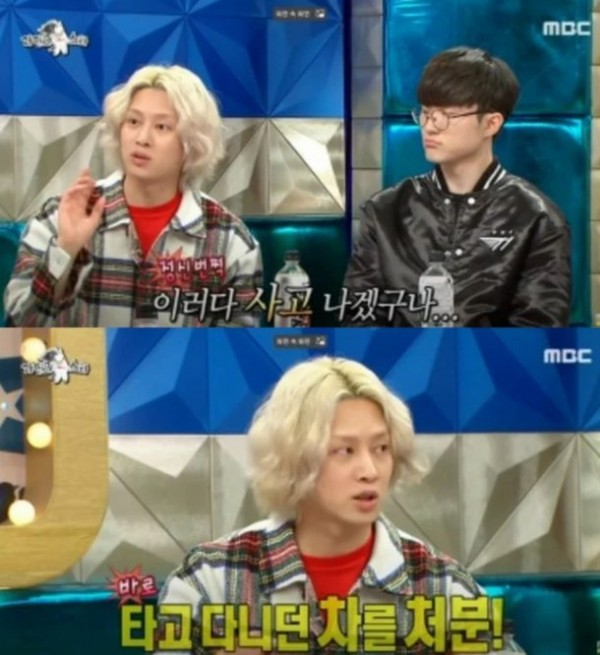 He continued, “The moment I think that way, I start to think, ‘I must be crazy, this is how I would get into an accident.’ So I just got rid of my car. I mainly use taxis except during my schedules.”

Super Junior Heechul Praised for Refusing to Drive Under the Influence

After his past remarks on drunk driving resurfaced, many praised the idol for not giving into the temptation, and concluded that that is one of the reasons why he is still active in the industry.

“The way he thinks is really good.”

“If you look at his appearance, he seems like he would cause a lot of trouble. But he doesn’t even have one controversy.”

“I think he knows the dangers of car accidents because he has experienced being in one before.”

Meanwhile, Heechul is known to be a close friend of Kim Sae Ron, and revealed that they had been friends with each other for over eight years and became close when the actress was still in elementary school.

What do you think of Heechul’s remarks?