TWICE further teased fans with “BETWEEN 1&2” preview. As the nine ladies receive rave reviews for their visuals, three members out of the nonet are getting praises for being part of the credited artists on their forthcoming release. Who are they?

On August 22, TWICE further teased music listeners through their album preview for “BETWEEN 1&2.” In the video, members are separately seen striking different poses, hinting they were in the middle of concept pictorial.

But what made fans even more excited was when they saw three familiar names on the credits! 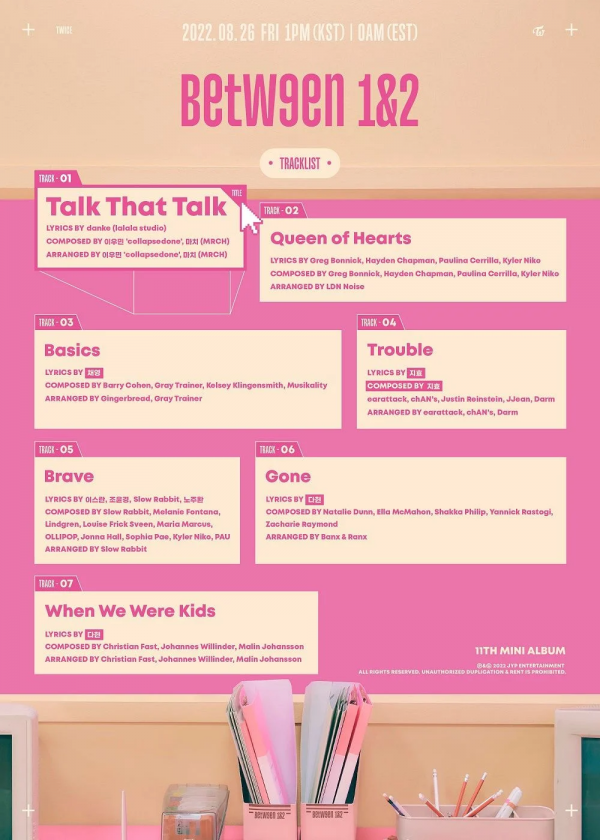 TWICE leader Jihyo and the two rappers, Chaeyoung and Dahyun, are all credited as writers.

The third song on the album, titled “Basics,” is written by Chaeyoung. The fourth song in the “BETWEEN 1&2” album, “Trouble,” is written by Jihyo, who also participated in composing the track.

Meanwhile, songs number 6 and 7, “Gone” and “When We Were Kids,” are both written by Dahyun.

“Trouble” is the 13th song that leader Jihyo has written, while Dahyun has written nine credited songs in her name. On the other hand, one of their youngest member, Chaeyoung, has more than 10 now, including “Basics”.

ONCEs are proud of the three as they get to show their skills.

A Theqoo post noticed the writing credits of the members. In the comments, fans also praise the members for their efforts and skills. In particular, many of them praised the song “Basics.” 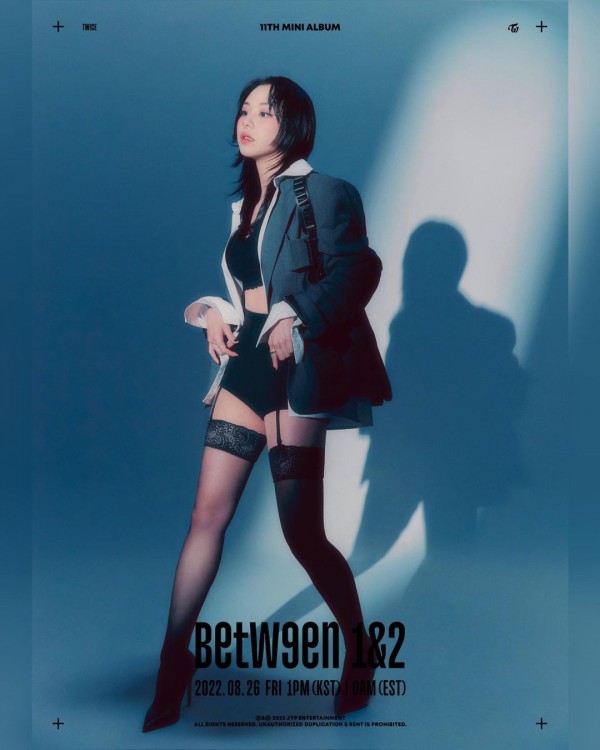 “The 3rd song is good, and that part from the title is good too, I’m curious about the full version.”

“Basics is too good and Jihyo is composing and writing. What’s happening? Wow”

Meanwhile, in the comments section of YouTube, international fans are also praising the three members that have writing credits. 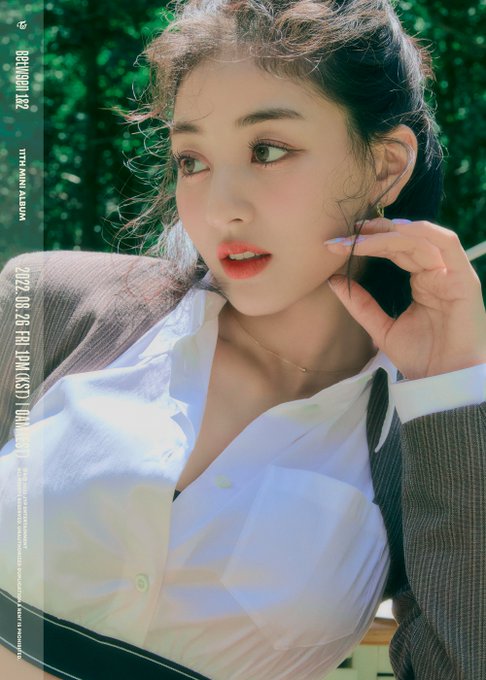 (Photo : TWICE – Twitter)
TWICE Jihyo “BETWEEN 1&2” concept photo for ONCE

One even made a note regarding Dahyun’s lyrics for “When We Were Kids, saying it expresses perfectly what Dahyun would like to convey with lyrics like, “hey! don’t worry,you made it!” 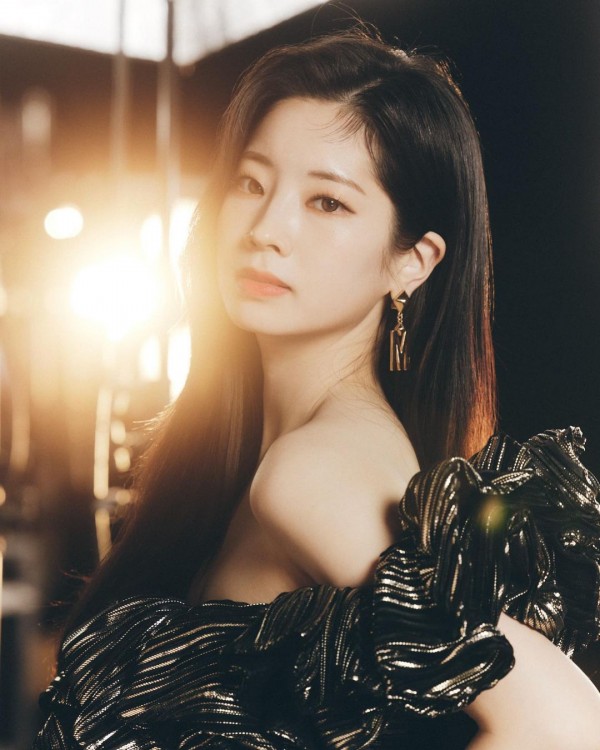 They find the lyrics emotional as they can be related to TWICE members’ trainee days, their MNET survival show “Sixteen,” and their earlier days during their debut before making it with “Cheer Up.”

As TWICE reveals more spoilers and teasers for their much-anticipated album “Between 1&2,” JYP Entertainment officially released one on their TikTok account.

Some ONCEs noted that some parts of their choreography on the spoiler on TikTok is already done by Dahyun, Sana, Nayeon, and Minam, which only proves their opinions that TWICE members love giving out spoilers for their next comeback.

Because of the teaser spoiler, fans are now more eager to hear the song. There are even ONCEs who are mad that JYP Entertainment because they always use the same sound and melody for the teasers for “Talk That Talk.”

“JYP is so stingy with his title teasers, but since the fans are reacting well to it, they think that they’re doing it right. Even for Nayeon “Pop” and ITZY’s “Sneakers”, they only released a small bit in their teasers”

As of now, TWICE has reached a total of 135,000 album pre-orders on Ktown4u for this comeback. It is now the highest album from a JYP Entertainment group. The girl group still has four more days to go.

TWICE has surpassed its previous record with “Formula of Love: O+T=<3” which has more than 124,200 pre-order sales.