LE SSERAFIM – The girl group under Source Music and HYBE, although not yet debuted, has been involved in a series of scandals, often being the center of discussion of many online communities in recent days.

Throughout the trailer is the image of 6 girls who are extremely ghostly and have the right personality for the modern, strong girl model that is very popular today. In particular, “BTS’s sister” also showed off her strengths in choreography as well as outstanding and attractive visuals, making fans extremely surprised and excited.

Yunjin acrobatics is so cool

Kazuha with a knack for ballet

It seemed that this trailer video would satisfy the online community, but in fact, the HYBE girlgroup received a lot of praise, but a lot of criticism. Specifically, many people think that the debut trailer of the group has not yet arrived, is too bland and lengthy, making people finish watching it without leaving any impression. Moreover, the key is that the group’s concept is not clearly shown through the trailer video, the members are still quite “hard” when acting cool scenes.

– Out of all the debut trailers of HYBE I’ve seen, this one is the worst, I don’t have any emotions after watching it. This is far behind NMIXX’s debut trailer and it’s been criticized.

– At first, I thought the group had a creepy concept, so it was quite interesting, but after seeing a series of photos, it was still quite long, so it made viewers easily bored. Some of the cool acting parts are a bit awkward, but the visuals are good.

-I saw the group release a lot of teaser photos and videos, but after watching it, they were confused and didn’t understand what the concept was going to be.

– Ignoring the school violence, I still find this video quite boring, making viewers not understand and feel curious about the group’s concept, the beat is also not attractive.

-I’m impressed every time I see the group’s trailer, the concept is quite strange. The MV is beautiful, the members of the group also show good skills.

– Creepy is terrible, especially the swing part, in general, I think the concept is quite good even though I don’t know what concept the group follows.

The debut of LE SSERAFIM is attracting the attention of many fans because besides the presence of two former IZ * ONE members, Sakura and Chaewon, “BTS’s sister” is also constantly involved in many controversies. debut, received countless bricks and stones. That’s why people are quite waiting for the debut product of LE SSERAFIM to see if there will be a car show for the group’s talent and music? 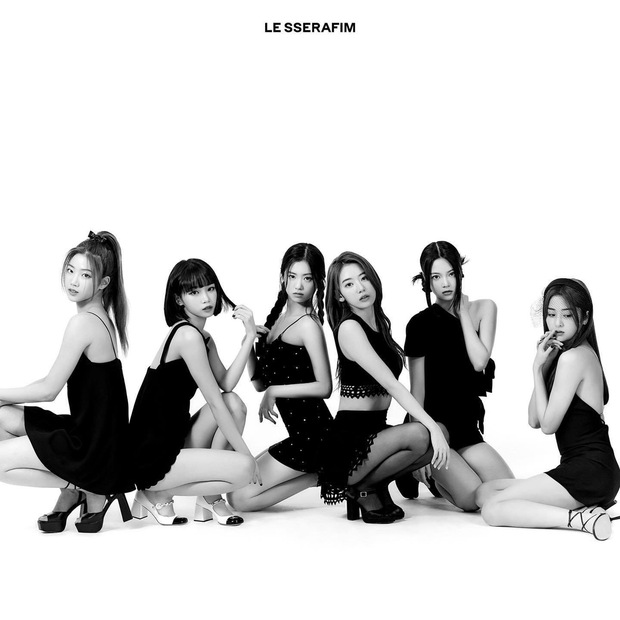 LE SSERAFIM will officially debut on May 3