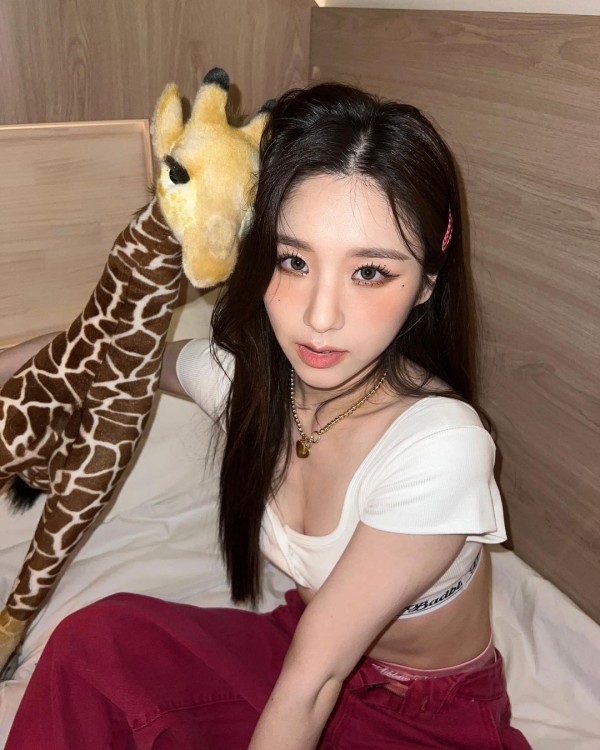 On September 2, the girl group LOONA updated its official Instagram with an individual set of photos. The members post their selfies under the theme, “summer,” in line with its recently released summer special mini-album, “Flip That” in June.

On the platform, LOONA flaunted its unique and lovely charms, not to mention its incredible visuals. But among them, one member especially stood out, and it is none other than HeeJin!

In particular, the female star proudly showed off her unconventional outfit, following the latest trend fashion trends in K-pop. 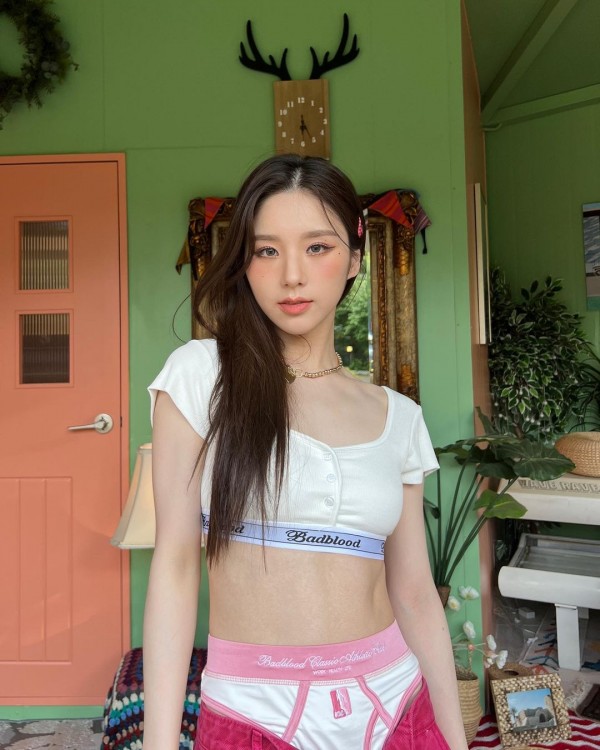 In her photos, HeeJin wore a short-sleeved crop top, completing her look by pulling off the low-rise fashion, also known as the “visible underwear” trend. In particular, this is a fashion in which pants are worn on the hips below the waistline.

Above all, the most important thing in this fashion was showing the strap of the underwear. But in her photos, HeeJin who loosened her pink pants, undoubtedly take this trend to the next level by boldly exposing not only the strap of her underwear but more than 3/4 of it. 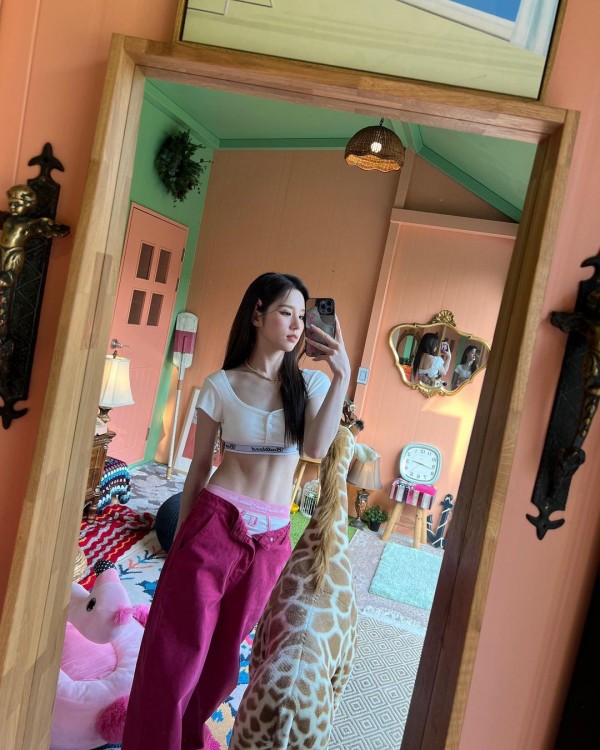 Although this is unconventional, this type of outfit is popular among ‘fashion people these days. Among K-pop idols, Girls’ Generation Yoona and BLACKPINK Jennie are some of the first stars who flaunted this ‘fit, later on becoming a trend in the music scene.

In addition to this, HeeJin also flaunted her pure beauty in a one-piece swimwear skirt, giving real-summer vibes with her peach-like and fresh image. 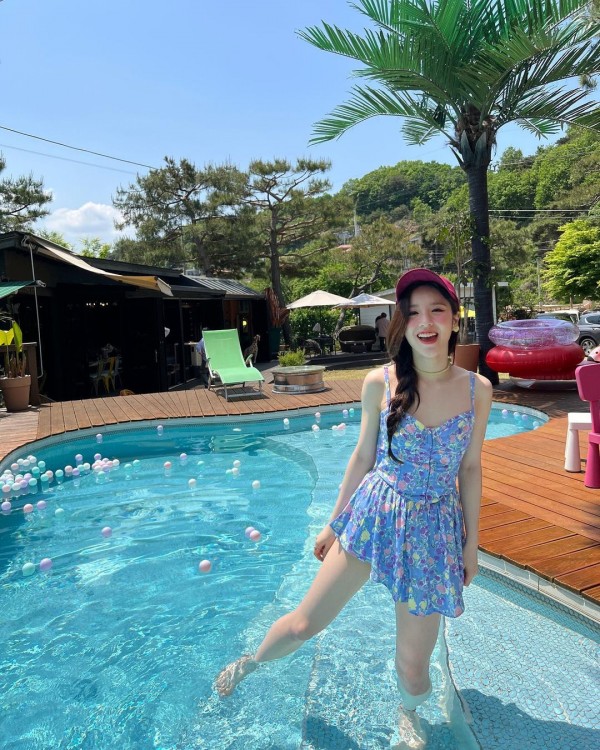 As soon as the female idol revealed her shocking photos showing the outfit, her photos rapidly spread and became a hot topic, praising her bold exposure fashion.

When the photo was released, netizens admired it, emphasizing how the photos surely appealed to Heejin’s sexy charm.

On the same day, HeeJin also became the “talk of the town” particularly in major online communities such as “ppomppu” under the discussion topic, “a member of a girl group who has been fashionable these days.” 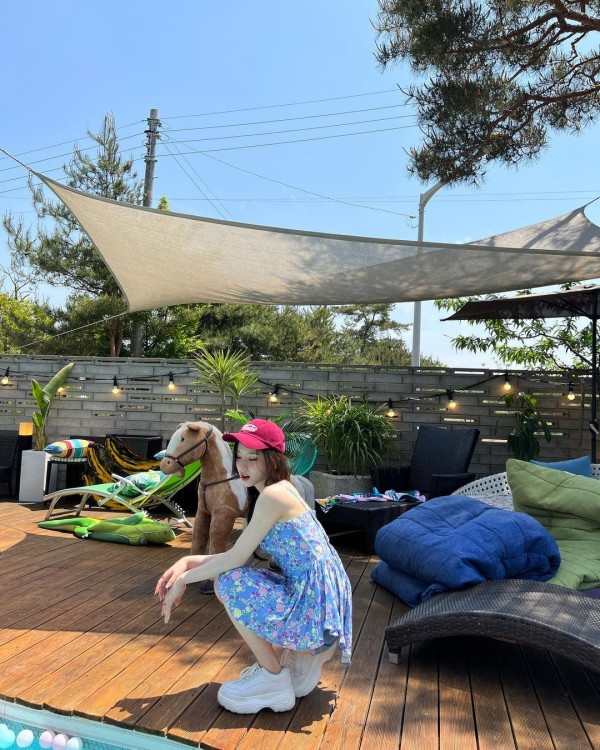 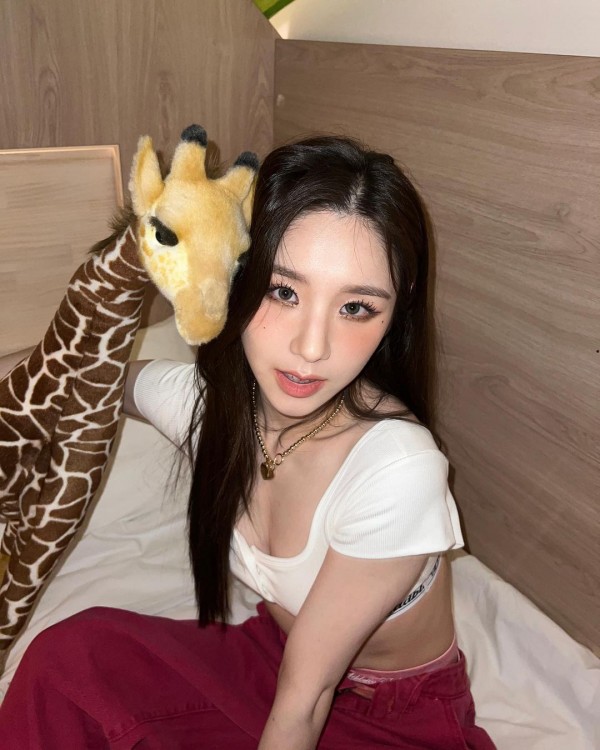 The 12-member girl group made its name known by conducting a long-term project in which one member releases a single every month, starting with member HeeJin’s first single in the same year.

In June 2022, LOONA made its return to the music scene with a special summer album, “Flip That,” their first comeback after placing second in the girl group survival program, “Queendom 2.”

READ MORE:
ATEEZ & Dreamcatcher Receive Backlash for THIS Decision — Are They Really Being 'Insensitive'?