Senators in the United States are fighting over invitations to see BTS at The White House.

U.S. Senators Start Internet Debate Over Who Gets to See BTS At The White House

For most people, seeing BTS is a once-in-a-lifetime event. ARMYs know how difficult it is to snag concert tickets to see BTS in person, and many are ready to bare their fangs at the change to see their bias. 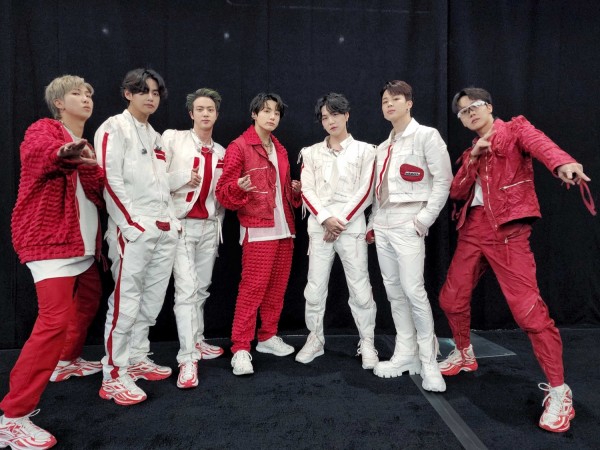 (Photo : BTS Twitter)
U.S. Senators Argue Over Who Gets to See BTS At The White House

It seems it is not just ARMYs who are willing to do it; so are senators in the United States!

BTS will be meeting with President Joe Biden at the White House on May 31. There, they will discuss anti-Asian hate crimes, Asian inclusion, representation, discrimination, and celebrate AANHPI Heritage Month. 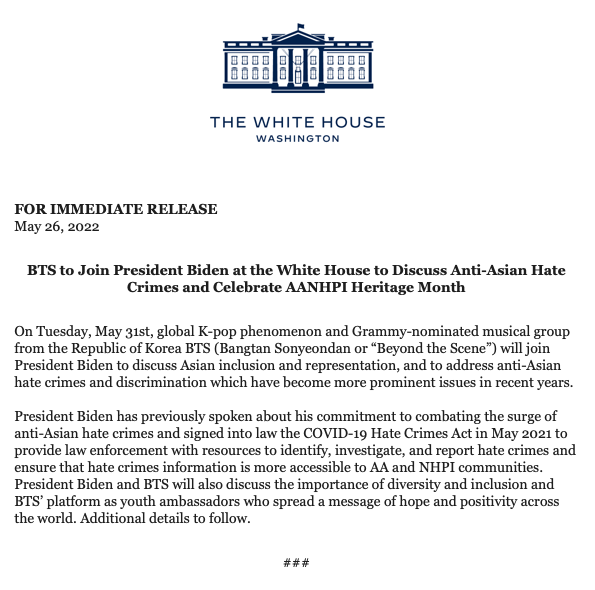 (Photo : Steve Herman Twitter)
U.S. Senators Argue Over Who Gets to See BTS At The White House

The K-pop group and the President will also discuss the importance of diversity and inclusion, as BTS are youth ambassadors who spread a message of positivity and hope in the world.

On May 28, Jungkook took off from Incheon Airport to the United States to complete additional work. Soon, the other six members followed suit. They are currently in Washington, D.C.

ARMYs are already looking forward to seeing what happens at The White House, but they are not the only ones. A congressional correspondent for “The Wallstreet Journal,” Natalie Andrews took to her Twitter to tweet on behalf of U.S. Senator Mazie Hirono. 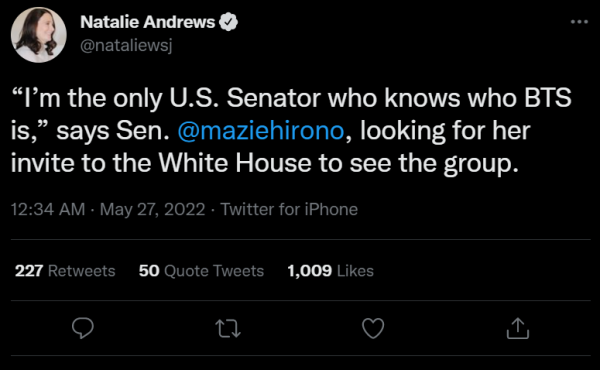 (Photo : Natalie Andrews Twitter)
U.S. Senators Argue Over Who Gets to See BTS At The White House

There, Mazie Hirono commented on anticipating her invitation to see BTS at The White House, commenting that she is the only U.S. Senator who knows who BTS is.

Senator Cris Coon quickly shut down her statement. He stated that he is, in fact, part of the BTS ARMY is a tweet response. His tweet included a photo of his desk, which shows a small BTS standee. 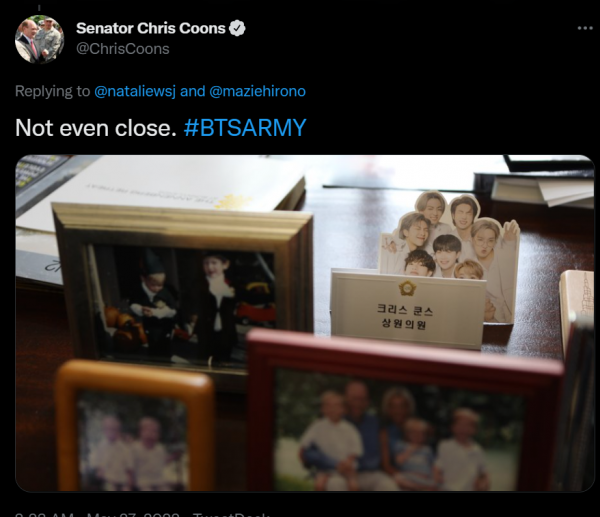 (Photo : Senator Chris Coons Twitter)
U.S. Senators Argue Over Who Gets to See BTS At The White House

Senator Hirono was quick to bounce back, replying to Chris Coons to reveal who his bias is. She also tells him not to ask his staff members! 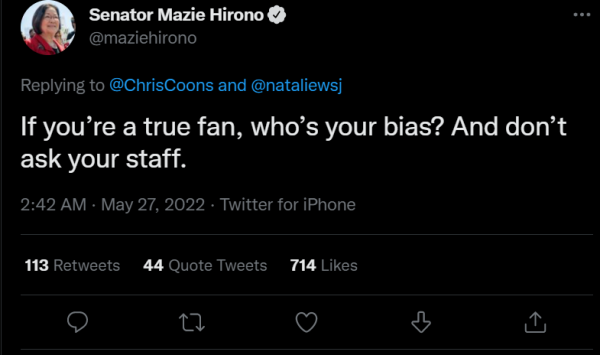 (Photo : Senator Mazie Hirono Twitter)
U.S. Senators Argue Over Who Gets to See BTS At The White House

Chris Coons has yet to reply. However, ARMYs already love the exchange between the two Senators.

On June 10, BTS will release their first anthology album, “Proof,” with the lead single, “Yet to Come (The Most Beautiful Moment).”

On May 15, it was announced that BTS won three awards at the 2022 Billboard Music Awards. The group has won a total of 12 trophies from the award ceremony, making BTS the most-awarded group in the show’s history.

They were previously nominated for seven categories, making them the most-nominated duo/group in Billboard Music Awards history.