Being in the industry since 2013, the Bulletproof Boys – RM, Jin, SUGA, J-Hope, Jimin, V, and Jungkook – have scored massive local and international impact as manifested with the sold-out concerts, prestigious award nominations and wins, chart-buster releases, and wreckage of world records.

Indeed, BTS has limitless means of capturing the hearts of the ARMYs through music. However, the boys are not just limited to their musical expressions as they also obtain a playful sense of humor.

In a Korean online fan discussion forum, ARMYs named THIS BTS member as the funniest. Could you shoot your guess?

ARMYs Select THIS Member as the Funniest in BTS

In a fan forum, ARMYs went to the extent of their wavelengths in discussing and voting who among the seven gems of BTS is the most hilarious.

ARMYs debated and cited the group leader and rapper Kim Namjoon (professionally known as RM) as the funniest among the Bangtan Boys!

The fans have mentioned that, collectively, BTS is funny. However, what made them choose RM as the funniest member is based on how the group leader is effortlessly entertaining whenever left alone, as he is known for his body-gags and speech-gags.

Also, RM earned the nickname “God of Destruction” because he is naturally clumsy, which leads him to break anything and everything.

So you see, RM is not just out there breaking music records but is also known for breaking stuff! 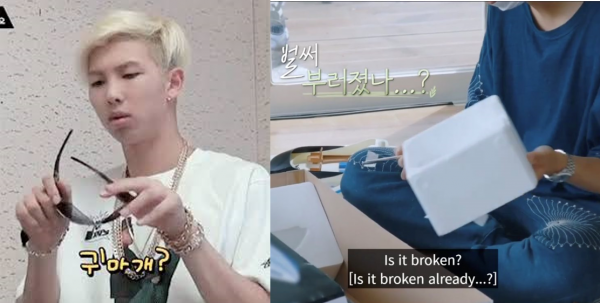 To cite some scenarios, whenever RM activates his “God of Destruction” aura, ARMYs could never forget how he accidentally ripped Jungkook’s shirt during a performance stage of “Fake Love” on SBS’s Inkigayo in 2018.

With Jungkook’s Zeus-like body being exposed, ARMYs cannot help but comment that this destruction was a blessing in disguise. After this, RM immediately apologized on Twitter and confessed that the ‘mishap’ was an accident and that he shall be careful next time.

Also, among the competitors-up of ARMY’s memories proving RM’s clumsiness is when he shattered a mirror on the set of “Blood, Sweat, and Tears.”

Additionally, as RM confirms that he is not just a rapper, the idol left a dent on the variety show’s stage as he projected his powerful dancing!

This tickled not just ARMY’s funny bones but also the hosts from the variety show and even his co-members! 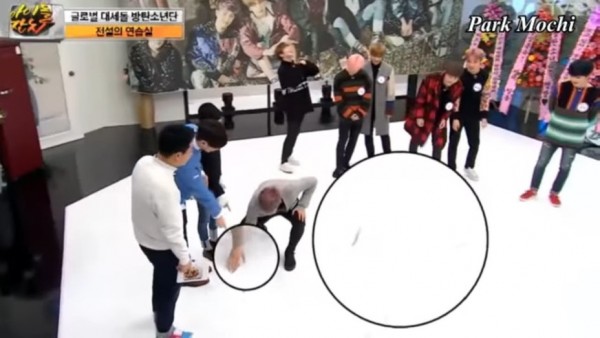 BTS members are not just known to follow RM’s way as the pack’s leader, as he is also the blueprint of the boys regarding humor.

According to the fan discussion, following RM’s footsteps as the “group’s clown” is SUGA, Jimin, Jungkook, and J-Hope! 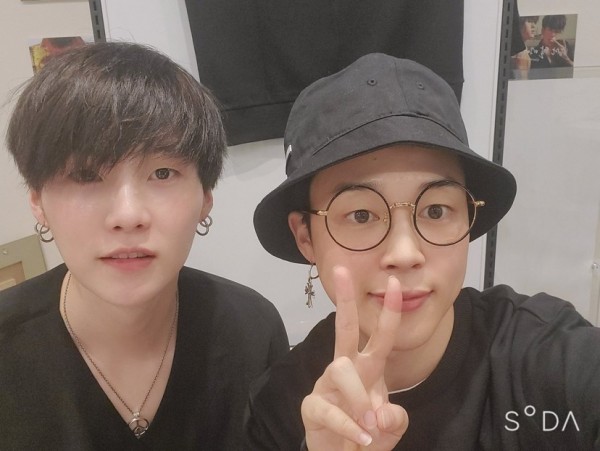 For non-ARMYs, SUGA is the member who radiates “coldness” and “seriousness,” but for ARMYs, he smoothly strikes those practical jokes that never fail to tickle the ARMYs’ funny bones.

In the case of Jimin, ARMYs would never forget how the group’s vocalist and dancer cheated on Jimmy Fallon’s Subway Olympics!

Here are some of the ARMY’s comments on the debate discussion:

“It’s Kim Namjoon for me.. our humor code seems to match.”

“Jeon Jungkookㅋㅋㅋㅋ… To be honest, rather than being funny, he’s just too lovely that he makes me smile.”

“And but Jung Hoseokie’s laugh alone makes me laugh. Even when he’s not joking, he’s funnyㅋㅋㅋㅋㅋㅋㅋㅋㅋ”

“The way Kim Namjoon talks in real life is too funny”

“Park Jimin for me.”