Recently, the members of WINNER made a guest appearance on the May 7 episode of the popular JTBC variety program, “Knowing Bros.”

In this episode, the members talked about a massive fight that happened between Song Mino and Jinwoo (also known as Jinu) in the past. They revealed that the two nearly ended up having a fist fight with each other.

Member Seungyoon talked about the fight, saying, “This was when we were on our world tour. Mino and Jinwoo had a huge fight with each other. Mino’s hand even bled.” 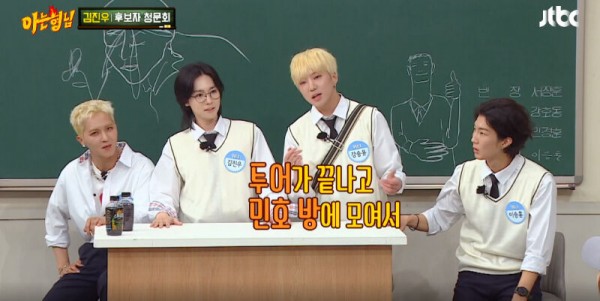 He continued, “At the end of the day after we wrapped up our concert overseas, we would always gather together at Mino’s hotel room and have some drinks together. It was like our thing at the time, and that was what we were doing on that day too.”

Seungyoon then revealed that they had drank too much then, and that their label YG Entertainment had actually told them not to drink anymore. However, the members didn’t know about it as they had only told Song Mino.

“But as we drank too much back then, our label had actually told us not to drink any more. But we didn’t know about that, because they had only told Mino, and it was before he had shared the news with all of us,” Seungyoon said. 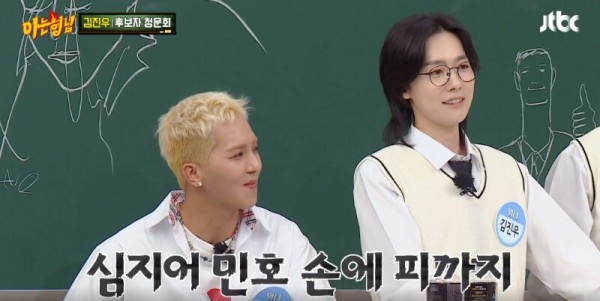 So while the members were having fun drinking, Song Mino told them what YG Entertainment said and Jinwoo suddenly got furious as he heard it.

To this, Song Mino said, “I couldn’t understand why he got so angry at me. I only told [the members] about it, since our label told me to. So I raised my voice. But a little while later I punched the wall.”

He continued, “I just couldn’t hit his face, because his face is like the ‘national treasure.’ He is older than me as well, so I just couldn’t.” 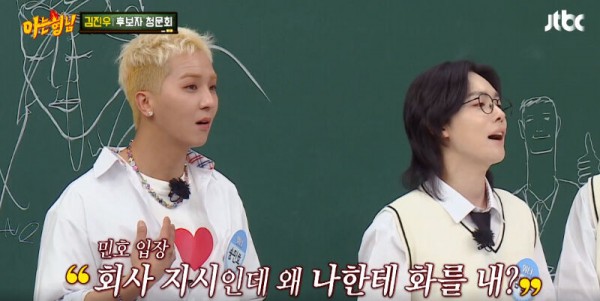 Hearing this, Jinwoo added that they do not fight like that anymore though. However, he shares that he almost punched Song Mino during that time as well, but punched a wall instead.

Song Mino then reveals how fellow members Seungyoon and Seunghoon would stop their fights from escalating, saying, “The fight was uniquely stopped. Seungyoon burst into tears and began to cry like a baby,” making everyone laugh.

Were you surprised at the reason they almost had a fist fight?

READ MORE:
Soyeon ((G)I-DLE) opened up about former member Soojin leaving the group because of the bullying scandal, WINNER was suddenly named